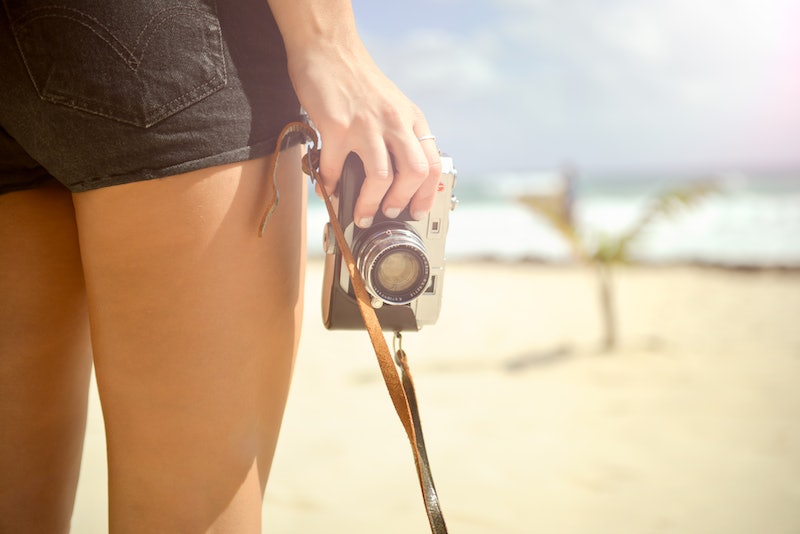 Prepare for a chilling awareness that you no longer know what it means to be Hip and With It. (Maybe you never did?) If you've ever wondered what your Instagram says about your age, recent research from Pennsylvania State University has got you covered — whether you want the reminder that you're old and out of touch is another matter entirely.

As you've undoubtedly noticed from your Facebook feed, different generations use social media for vastly different purposes. Millennials, for instance, are far more likely than baby boomers to use it as their primary news source, and selfies are decidedly a young person's pursuit. With this in mind, it's not exactly shocking that Penn State researchers found generational differences in Instagram content, but the difference themselves are where it gets interesting.

In a study published this month, researchers compared the social media habits of more than 26,000 teens (people between 13 and 19 years old) and adults (people between 25 and 39 years old). Although teens have a reputation for being glued to their phones, the study actually found that younger users had fewer posts than adults. At the same time, however, these posts tended to receive more likes and comments, suggesting that teenage users are more active on Instagram despite posting less content. Researchers even found that teenagers were quicker to respond; according to the study, they replied to comments with an average response time of 7.2 minutes, while adults took around half an hour to respond.

The fascinating part? Teens might just appear to publish fewer posts because they delete the ones that don't receive a satisfactory amount of likes. "Teens... [are] very conscious of the likes they’re getting," Dongwon Lee, co-author of the paper and associate professor in Penn State's College of Information Sciences and Technology, told The Atlantic.

The content of the posts themselves varied as well: Adults posted more diverse content from a greater variety of locations, probably because they have the funds to travel, and they tended to write longer captions. Teens, on the other hand, tend to share photos indicating their "mood or personal well being" — in other words, they're more likely to post a photo about their feelings than a vacation pic.

This isn't to say that generational differences are a hard-and-fast rule, but it does point to the difference even a single decade can make. Unlike Millennials, who can at least vaguely remember a time before smartphones and Facebook accounts became ubiquitous, the current generation of teenagers has grown up in a culture where social media is the norm. According to the Pew Research Center, 95 percent of teens between 12 and 17 years old had access to the internet in 2012, and further research suggested that almost three-quarters of teens had access to a smartphone. Despite all the fearmongering surrounding new technology, this isn't inherently good or bad, but Penn State's study makes it clear that growing up with social media influences the way we interact with it — and with each other.

Now if you'll excuse me, I have to go scour my Instagram account for signs that The Youths can tell I'm not one of them.