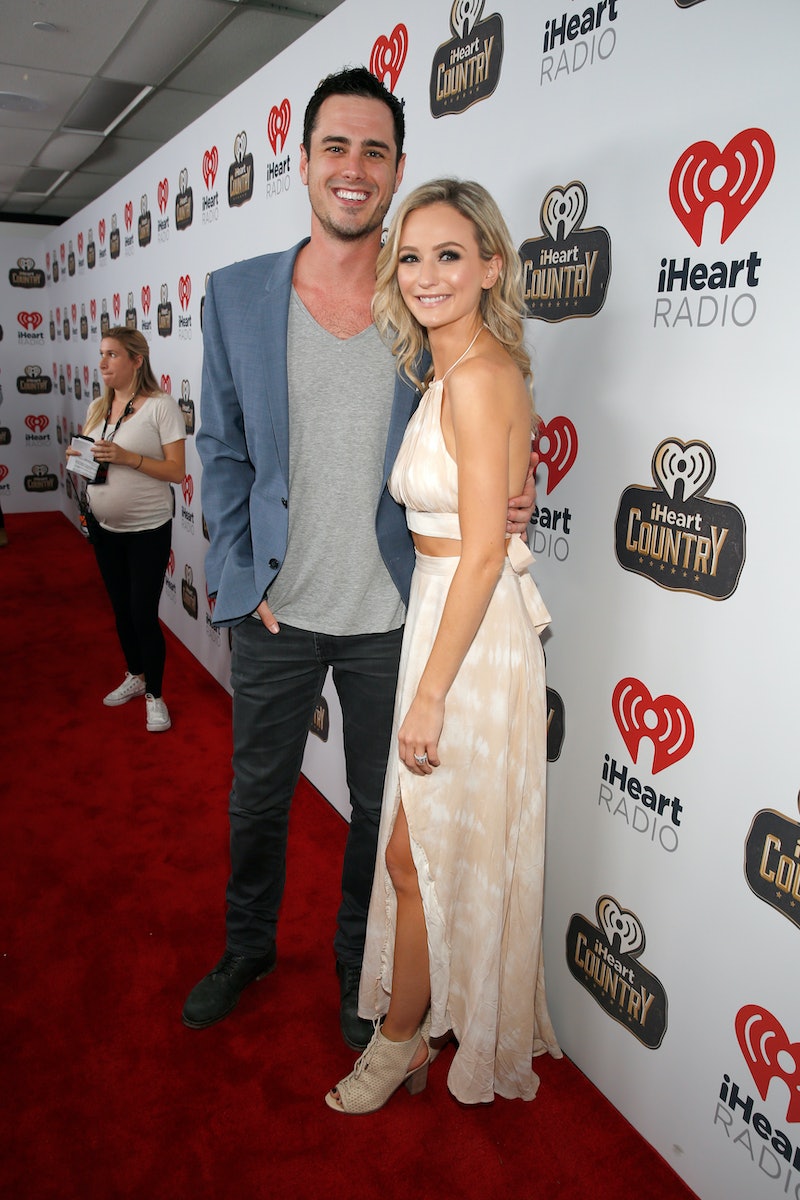 When it comes to Bachelor relationships, I normally just assume they won't last. After all, the show doesn't have the greatest track record, so why get my hopes up? But when it comes to the most recent couple, Ben Higgins and Lauren Bushnell, I stand corrected. Months after their engagement aired on the finale, they're still going strong, and they're pretty adorable together. Since March, their social media accounts have been a flurry of couple selfies, moment shared with their families, and endless proof that they may actually make it to the altar after all. They're sweet, and I'm happy for them — and now, something big is coming their way. In June, news broke that Lauren and Ben are getting their own reality show on Freeform. There's just one problem: I'm not really looking forward to it.

The show, titled Ben and Lauren: Happily Ever After, is set to debut this fall and chronicle their lives as they continue to plan their upcoming wedding. And although plenty of Bachelor alum have broadcast their weddings (most recently Jade Roper and Tanner Tolbert, who met on Bachelor in Paradise two seasons ago), a separate spinoff is a first. I cannot get enough of Bachelor Nation and am constantly reading spoilers between seasons, but unfortunately, I just think this show is a bad idea.

Don't get me wrong — I'm all for more Bachelor all the time. But of all the couples still standing after the show, Ben and Lauren were the wrong choice for this one... and it's all because they're just too boring. I don't mean this as an insult; boring isn't a bad thing. In fact, "boring" is usually what makes a relationship work, because it means there's no drama. I'm so happy that they've beat the odds and are living a quiet, happy life together, but it doesn't make for very watchable television. I watch reality TV so I can enjoy the drama of other people's lives without actually having to get involved myself, not so I can see Ben and Lauren getting along and, like, happily watching Netflix on the couch together.

Besides, I think one of the reasons Ben and Lauren's relationship has worked out so well so far is because of the lack of cameras. We all saw what happened when Chris Soules jumped directly to Dancing With The Stars as soon as The Bachelor ended — his relationship with Whitney Bischoff didn't survive it. I gave Ben major props for passing up similar opportunities, and I'd hate to see this one destroy what they have together. That much pressure on a relatively new relationship is a lot, especially when it came out of unusual circumstances to begin with.

And if a spinoff is the direction the franchise wants to take, there are other couples who probably would have been better for the job. Kaitlyn Bristowe and Shawn Booth? I would have watched them all day, the same way I obsess over their crazy adorable (and funny) Instagram posts. Even watching Sean and Catherine Lowe tackle parenthood would have been more interesting. I want to watch Ben and Lauren's wedding, but seeing the road to get there isn't high on my watch list.

I would hate to see the stock people put in Bachelor franchise shows tank if this one doesn't work out, especially since I'm hoping there are more seasons of hopeful singles looking for love for many years to come. And by the way, I'm fully prepared (and even hoping) for Ben and Lauren to prove me wrong. I think it'll be a total snoozefest, but I'll still be watching. What can I say? I can't help myself!