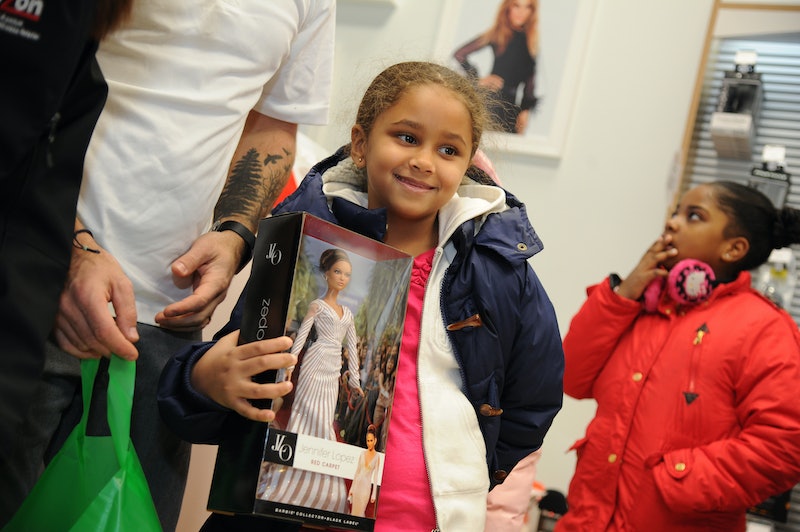 Even the most militant feminists among us probably grew up playing with Barbie dolls. The miniature outfits and bright pink convertibles have been a fixture of female childhood since the dolls were invented in the 1950s. But it turns out that playing with Barbie could negatively influence the career ambitions of girls, a new study from Oregon State University shows. Would we have led different lives if we had never played with our Barbies?

The study asked girls ages four to seven to play with a variety of dolls — a “fashion Barbie with dress and high-heeled shoes,” a “career Barbie with a doctor’s coat and stethoscope,” or a Mrs. Potato Head doll accessorized with purses and shoes. According to the University, Mrs. Potato Head was selected as a “neutral” doll because the toy is “similar in color and texture, but doesn’t have the sexualized characteristics of Barbie.”

Aurora M. Sherman, a professor at Oregon State University’s School of Psychological Science, said that playing with Barbie “creates a limit on the sense of what’s possible for [a girl’s] future. While it’s not a massive effect, it is a measurable and statistically significant effect.”

Feminist thinkers are somewhat split on whether or not Barbie has a negative effect on the psyches of girls that enjoy playing with them. We know that physically, Barbie is a highly unrealistic representation of women. Her slim legs wouldn’t be able to support her busty half, meaning that if Barbie were a really woman she would have to crawl.

On the other hand, Barbie does come with a lot of career options, and if Doctor Barbie inspires girls to go to medical school, how can that be a bad thing? It’s clear that the dolls probably send conflicting messages to girls, but that’s true for just about anything else that they encounter in both media and the toy store. At Time, Charlotte Alter says that the criticism of Barbie is actually pretty ironic.

“The great irony of the Barbie debate is that we spend so much time talking about how she looks and so little time talking about her careers — all 150 of them. She represents beauty and materialism, sure, but she also represents mutability, imagination and professional possibilities. If we took her work life half as seriously as we took her waist measurement, we could use Barbie as a way to talk to girls about the jobs they want, not the bodies they want,” writes Alter.

Whichever way you land, there’s no denying that a lot of girls really like to play with Barbies, and that’s totally OK, especially if it goes along with other influences that can help them develop a positive body image. Everything in moderation.