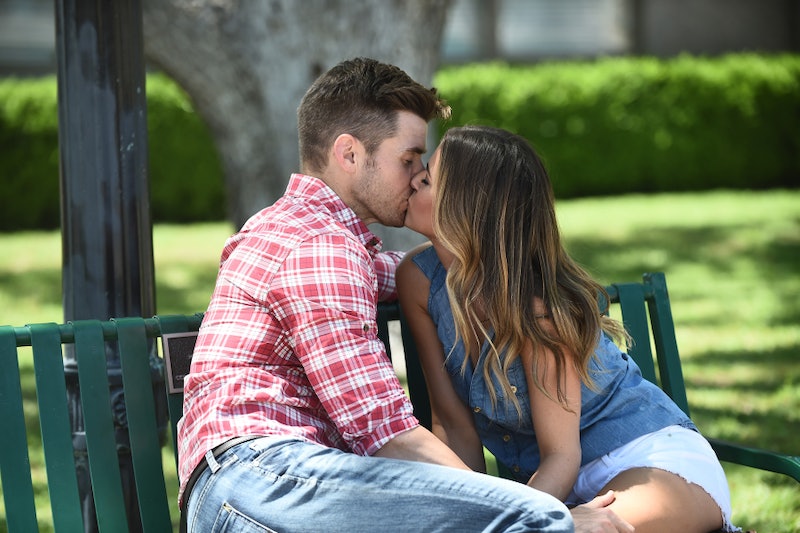 It won't be long now until one of our remaining contestants on The Bachelorette gets down on one knee and asks JoJo that question she's been longing to hear: Will you marry me? And while many viewers are predicting that Jordan Rodgers will be the last man standing, I think it's still possible for a few of these guys to walk away with JoJo's heart by season's end. However, if things do happen to play out this way, there's one positive thing that could come out of all of this. It would leave Luke available to become the next Bachelor — a title that I honestly think he would wear very well.

For starters, there are the obvious reasons I'd love for Luke to stick around on our TV screens, like the fact that he's very, very, VERY easy on the eyes. (Seriously, this guy is all sorts of swoon worthy.) Not to mention that he can also play the guitar and is a big animal lover, especially when it comes to horses and dogs. But the really great thing about Luke is that he doesn't just sound good on paper... he's actually demonstrated that to be true multiple times throughout this entire season.

The more time we've spent with JoJo and her men, the more we've seen everyone's true colors bubble to the surface. But even in spite of Chad and Alex's many antics within the house, Luke has pretty much remained impartial and drama free this entire time. Of course, when things with Chad got crazy he would chime in about how concerning his behavior was, but he's never been the main focus or cause of drama ever on the show, which makes him all the more worthy of finding true love even if it doesn't end up working out with JoJo.

When you get to know some of these guys, you can't they're only in this for the spotlight. However, Luke isn't like that. You can tell how much he genuinely cares for JoJo, so much so that he's opened up to her a lot about private matters that he's rarely discussed with anyone else, like dealing with the loss of his best friend. There are a lot of layers to him, some of which I'm sure could still be explored more fully on The Bachelor. That not only makes him extremely likable, but also very compelling to watch. And not in an attention-seeking kind of way like Chad and his affinity for deli meats, but rather in a way where we fans really do want to see a nice guy like that get a happy ending.

The Bachelorette may look for troublemakers like Chad and Alex to keep things interesting throughout any given season, but when it comes to naming a new Bachelor, the produces are going to want someone America can get behind and root for. Luke certainly falls under that category and could easily be ABC's next knight in shining armor.