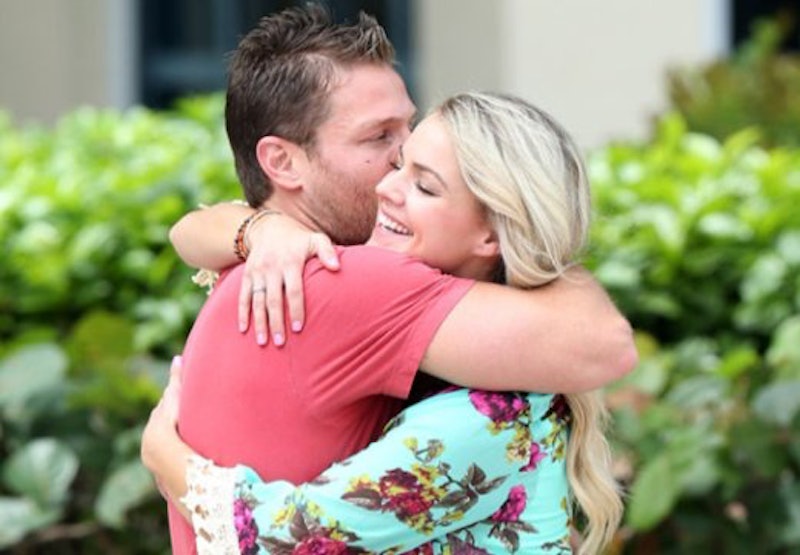 Every season has one. For Bachelor Ben Flajnik, it was the woman he chose to propose to, Courtney Robertson. You remember, the brunette who would make constant reference to Charlie Sheen and convinced Flajnik to go on a secret skinny-dipping date with her. The couple called it quits soon after the season's "After the Final Rose" special. For Bachelor Sean Lowe, recently married to his bride Catherine, it was Tierra "Sparkles" LiCausi. Perhaps the most hilarious villain to date, LiCausi claimed she did not possess control over her eyebrows, and faked injury to win the attention of Lowe. But what these two Bachelor "villains" have in common, along with other season's baddies, is that they are indisputably the bad girls. But in Juan Pablo's season, there is one girl the producers have decided we're supposed to hate. According to them, Nikki Ferrell is the villain.

But I just don't buy it. Nikki, the 26-year-old pediatric nurse, has been a front runner on the show since day one, and it wasn't until about two-thirds through the season that Nikki suddenly joined the bad girl's club, all for reasons we can't even pinpoint. Sure, she didn't want to dance in front of thousands of screaming K-pop fans, but does that make her a bad person? Yes, she's a bit more honest than most of the contestants, but we can't call that a bad quality. Her dispute with fellow still in the running contestant Clare is palpable, and it's clear the pair will never get along, but surely Clare and Nikki are equally responsible for their issues.

But that's not to say the show isn't attempting to pinpoint her as the villain. Even Reality Steve, the series most accurate spoiler predictor has called Nikki a "bitch." But she doesn't fit into the typical "villain" category for several reasons. For one, she gets along with the other girls in the house (albeit Clare) just fine. Secondly, she has never done anything malevolent to the other girls in the house. Third, she hasn't snuck behind the other contestants backs and stolen more time with J.P. Based on the contestant's track records, we're sort of surprised Clare wasn't marked as this season's baddie. But all of this is beside the point, because Season 15 of The Bachelor's villain isn't one of the contestants, it's Juan Pablo.

In a series first, the true "villain" (if we must use such pigeon-holing terms), is the Bachelor himself. Juan Pablo has managed to get himself in all sorts of trouble this season, from using his daughter as a scapegoat when determining which girls to kiss, to voicing his not-so PC feelings about a gay bachelor. And perhaps worst of all, after venturing into the ocean with Clare for some after-hours besitos, he subsequently regretted his actions and blamed Clare for the whole situation. He didn't want to hurt her feelings — he claimed — and by default, slut-shamed her into sadness.

A man who started out as a fan favorite on Desiree's season of The Bachelorette has quickly turned into the most disliked Bachelor in the history of the show. So let's take a step back and reexamine our need to find a female villain on the show. Sure, having someone to root for and someone to root against (I will never get over Tierra's eternally raised eyebrow) is a lot of fun, and makes for a more dramatic and compelling show, but we're all smart enough to know these narratives are crafted by Bachelor producers.

So let's be thankful that for the first time in a while, the girls of the show are banding together to speak of Juan Pablo's faux pas with Clare, instead of isolating one of their own.