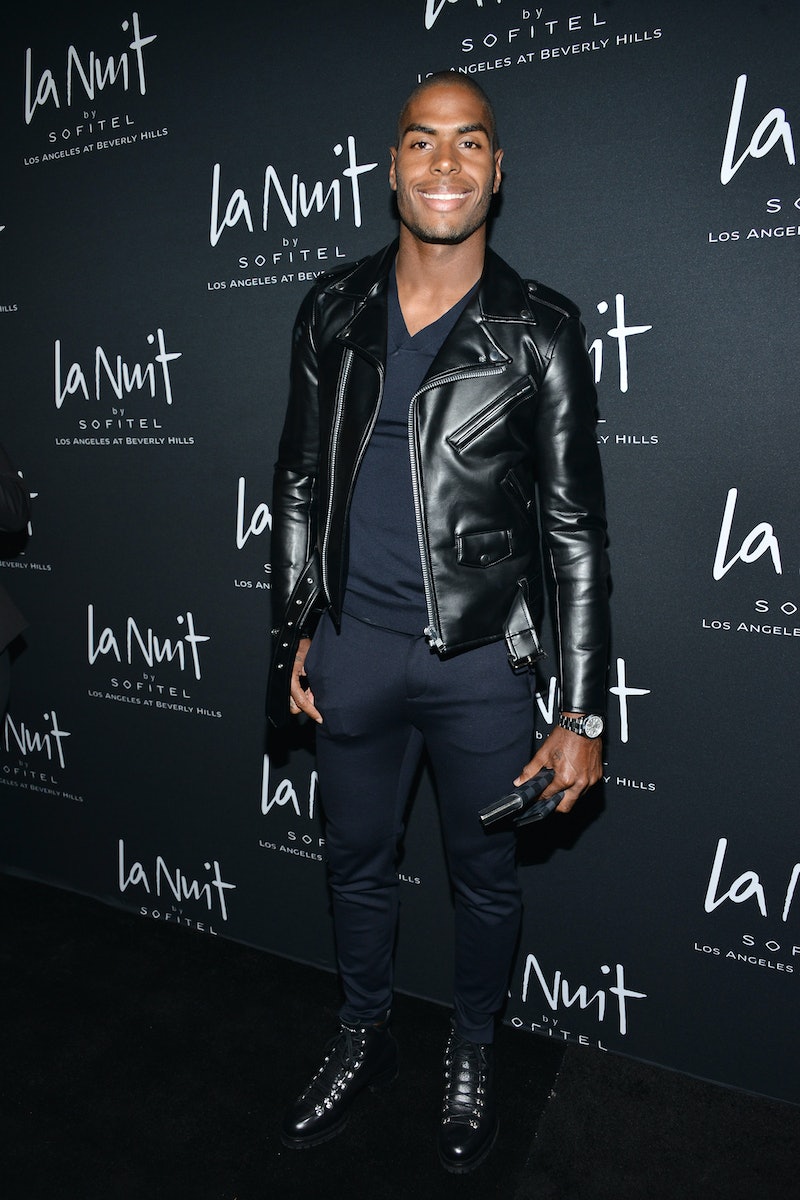 The cast of E!'s WAGS is famous for one big reason: Their relationships with famous athletes (the title is an acronym for Wives And Girlfriends of professional athletes ). But they should be famous for their PR abilities, because new cast member Sophia Pierson has been able to turn her relationship into an ongoing mystery of "Who is Sophia Pierson dating?" The star of WAGS is spending most of her time on the show teasing her older sister and shaking things up in the cast, but she also has a new relationship of her own. On the show, the identity of Sophia's boyfriend is still a mystery, though there's quite a few hints about who the athlete in question may be.

There were persistent rumors before the season started that Sophia was dating Jason Garrison, a member of the Tampa Bay Lightening, an NHL team. Bustle reached out to Jason Garrison, who "denies any romantic involvement with Ms. Pierson." Similarly, Sophia Pierson chose not to comment on her romantic situation. But, in an interview with Christy Reports from June 2016, she revealed she's dating soccer player Denzel Slager, a current member of the LA Galaxy and a signed model with Wilhelmina Models.

Bustle reached out to Denzel Slager who confirmed that he's in a relationship with Sophia. Slager even talked about both their new relationship, and how he plans to go from European soccer player to business mogul. When asked if he was familiar with the idea of a "WAG" before meeting Sophia, Slager says, "I was pretty familiar with the show, but ... I came to the US from Holland, a small country, and everything was new to me, everything. So, I never heard of “WAGS” ... it was new to me."

Slager also says that the couple's blossoming fame doesn't really affect their relationship. "She’s doing what she’s doing, I’m doing what I’m doing," he explains. He doesn't see the public eye as much of a factor, either, since their career paths — athlete and reality star — are totally separate. "We know what we’re doing and know what we can expect, so no, no that’s not going to affect my relationship," he says. While the cast's boyfriends are usually featured on WAGS, Slager hasn't decided whether or not he wants to appear on the show yet. "It depends on the time I have, so I’m not sure. I will not say no, but I don’t know."

Instead, Slager would rather focus on his position on the LA Galaxy and the development of his clothing line. "We’re working on the fall/winter collection," Slager says. "Besides that, I plan to work some shows [during Fashion Week.]" Ultimately, Slager, who's from Amsterdam, is hoping to take advantage of the spotlight he's currently in. "I think the people that you reach in America, it’s all over the world," he says. And, he's taking the world by storm with Sophia doing the same by his side.