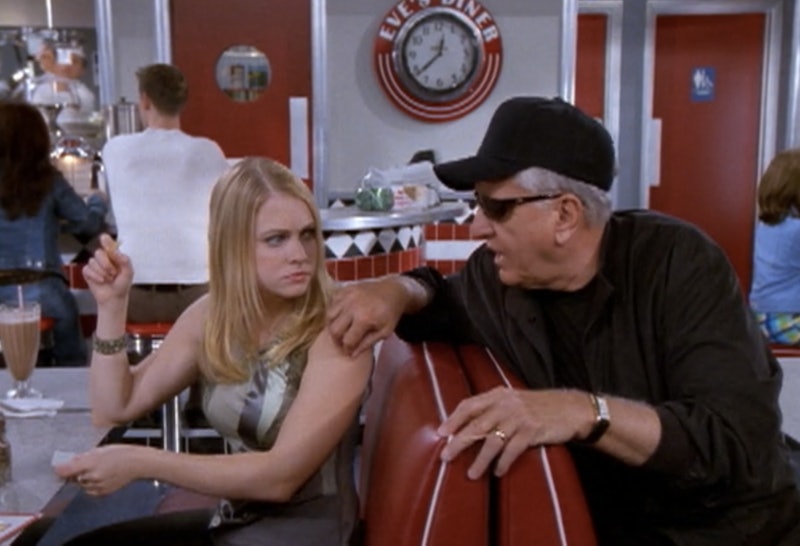 Hollywood giveth and Hollywood certainly taketh away. Such was the case on Wednesday morning, when the news broke that Garry Marshall passed away. The famed director, writer, actor, and producer, who gave us such varied films as Pretty Woman and Beaches, was a true superstar in his own right, and the loss of his great talent from the world is a blow to a world that is still dealing with the loss of David Bowie and Prince. However, Marshall wasn't just an amazing director who brought us all sorts of powerful and hilarious films. Oh, no. He was also an actor of sorts, who appeared in many, many, many movies in minor roles, whether lending his voice to a character or lending his face to a character, whether for a single episode, a one-scene cameo, or an entire arc. In fact, Marshall's cameos in films and television display his amazing personality just as well as watching any of the films he actually directed.

Some of these shows may make you laugh just to think of the prestigious director being on them, but, honestly, none of them should. After all, he had a great sense of humor which you could see throughout all of his films and his legacy is one that is made of both the lighthearted and the dramatic. So, if you want to get to know Marshall and the bright spirit that has just left us, his cameos are just as important to painting the picture as his directing credits. Let's look at some of the best.

Marshall appears in Episode 8 of Season 7, "Bada-Ping!," where he portrays Mickey Brentwood. In the episode, Sabrina heads to see a concert, and Brentwood owns the club at which pop star Joey Skye is being forced to sing. Marshall's shady underworld character certainly can write a poetic threatening note.

On Brooklyn Nine-Nine, where the cops are Andy Samberg, Marshall showed up for Season 2, Episode 16, "The Wednesday Incident," where he played Marvin Miller. In the episode, Boyle apprehends a bank robber who is too elderly and good-natured for anyone to believe is truly the culprit. The bank robber is, of course, played by Marshall.

Who doesn't love Hocus Pocus? It's a Halloween staple. Well, if you re-watch the classic film, you'll notice Marshall sneaking his way into an uncredited cameo as the Devil/Husband, because he obviously gets a thrill out of playing a bad guy.

Get ready for a Halloween you'll never forget, because you can hear Marshall in the role of Mr. Itch (first appearance around minute-4). As you might have guessed from his cameos so far, Mr. Itch is also known as the Devil.

In Season 2, Episode 7 titled "High, It's Sarah," Marshall could be seen in the role of the Sharkcorp President, around the 12-minute mark. While taking her first hit of weed, Sarah leaves herself a voicemail message to act seriously upon her thoughts while high — which apparently involves kidnapping poor Marshall, who they find bound and gagged in their apartment for what Brian is sure is a "very good reason."

If you haven't been watching the Disney Channel lately, you're really missing out. Yes, Marshall was on the show Liv and Maddie — starring Dove Cameron as her own Lindsay Lohan-esque twin — where he showed up in the Season 1 episode "Space-Werewolf-a-Rooney" as Vic Defazerelli. Hilariously enough, Vic was a three-time Oscar winning director.

In Season 2, Episode 20 "Yes And," Marshall appears in his final voice acting role as the character of Abe, a director who is actually more of a hack, who takes a movie and turns it into, well, Hollywood garbage (at the 2:50 mark). The tongue-in-cheek humor is just too good.

Like you needed more reasons to re-watch Never Been Kissed. Marshall appears as Rigfort, the editor-in-chief who gives Drew Barrymore's character the fateful assignment to go back to high school and put a new twist on the teacher/student relationship glamorized in pop culture. Although, you know, that wasn't his intention.

Not only did Marshall rock the role of Buck Cluck in the 2005 film, but he also reprised the role for the Chicken Little video game.

In Season 6, Episode 15, "All Dolled Up," Marshall shows up as Ari, a role he seemed as delighted to play as audiences were to watch him. But then any show that gets Marshall and Betty White on set together is a show we should all be watching.

Yes, Marshall even lent his talents to short-lived The Looney Tunes Show. He voiced physician Dr. Weisberg, who was a regular, though infrequent, feature of the series. Though the role was too reoccurring to be considered a true cameo, it counts for the sheer fact that it's perfect evidence of how varied Marshall's roles could be.

The world lost a true talent the day we lost Marshall, and these cameos more than prove that if his films didn't already.