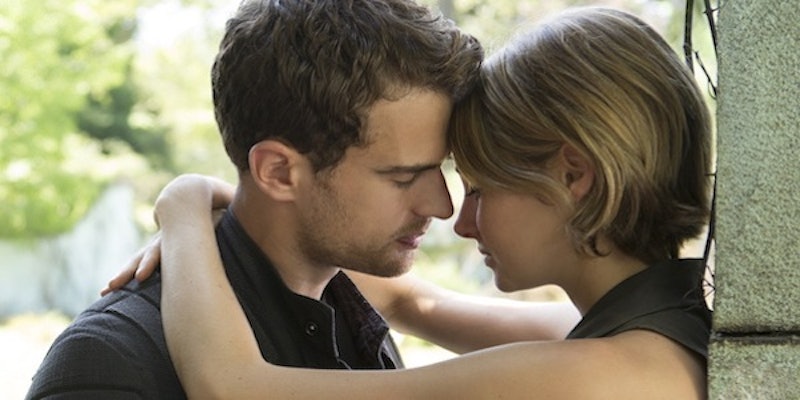 I feel like we've been building up to this for years, and, now, with the news that the final Divergent film will be a TV movie instead, it might finally be time for us to reevaluate the way we think about the big budget finale. I think, over time, we've lost touch with the notion that there's a time and a place for a full-blown, multiple-movie franchise, and started trying to slot every potential blockbuster into that same pattern. The market seems to have finally reached a point where the formula of cranking out as many movies in as short a time as possible is no longer guaranteed.

It's a pattern I've noticed particularly in the young adult genre, and, for my own awareness, it started back with the Harry Potter series. Now, I realize I'm slightly biased here, because Harry Potter is my favorite of the franchises I'll be discussing, but I feel like this was a multiple-film arc done well. The movies were pulled directly from the books that inspired them, they came out every one to two years, and the final book was divided into two movies because a) people were clamoring for more content, b) the source material itself — the book Harry Potter and the Deathly Hallows — was 607 pages, and c) yes, obviously also to make the studio more money. But, by all means, split that seventh book into two movies; it was a lot to get through.

At the time, that was the only real ongoing franchise I had a vested interest in, the only one that felt targeted to me as a young adult, but that was about to change. Harry Potter opened the flood gates, it felt like, and, in short order, we had the Twilight series, The Hunger Games, the Divergent series, and more superhero franchises than you could shake a gloved fist at. Like Harry Potter, Twilight, and The Hunger Games had books to base each film off of, and, like Harry Potter, they also broke that final book into two films. For Twilight: Breaking Dawn — wildly popular and working off of a 756 page book — that felt justified, but Mockingjay Parts I and II was the first time I thought that maybe these films didn't need to be split into two.

The Suzanne Collins-authored Mockingjay is only 390 pages, and I never felt like they were so densely-packed with information that they required two movies. On the contrary, Mockingjay Part I was so uneventful that it failed to hold my attention enough for me to tune in for the fourth and final film. From the numbers, it doesn't appear that my experience was unique; the top-grossing Hunger Games film was Catching Fire , followed by the first Hunger Games, followed by Mockingjay Parts I and II. What you'd want in a franchise like this is to gain fans as you go on, not lose them midway through, so the fact that Mockingjay Part II grossed $143 million less than earlier films in the franchise feels like a sign of things to come.

That brings us to Divergent. These are book-based movies, just like the rest, they're targeted toward a young adult audience, but, this time, they're far from the only movies that are being targeted at that age group. The franchise has steadily bled fans right from the beginning: the first movie grossed $150 million domestically, then it dropped by $20 million for the second film, Insurgent, and a whopping $64 million beyond that for the third film, Allegiant, which was out last year. Buzz for the fourth Insurgent film was so low that it first had its budget slashed, and is now coming out as a TV movie instead of in theaters. So what does it all mean?

I think we should treat the Divergent TV movie more as a sea change, or, as I said before, a level of saturation in the entertainment industry. Instead of committing to three or four movies before production is even completed on the first one, I hope this encourages studios to sit back and wait, maybe test the waters a little more like they use to. If you're counting on the younger generation flooding into theaters to throw their support behind your franchise, you better be bringing them something they're either genuinely excited about, or that they haven't seen before.

Unfortunately, that doesn't apply to just any run-of-the-mill franchise anymore. The movie-going audience has discerning tastes and not-unlimited funs, so we should all be bearing that in mind going forward. Besides, maybe the Divergent spinoff series will launch an entirely new trend of bringing more novels to the TV screen, where series like The Vampire Diaries, Shadowhunters, and especially Game of Thrones have proven that they can definitely excel.