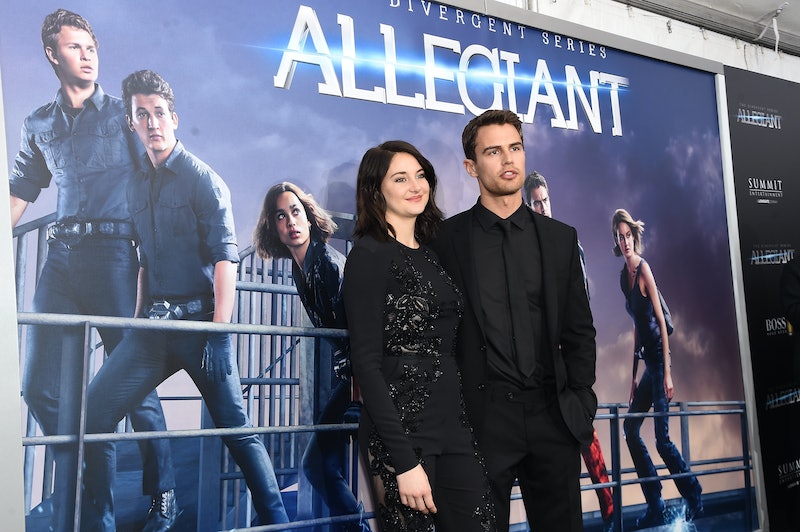 The Divergent Series: Allegiant got off to a disappointing start with the quadrilogy's lowest opening yet, grossing only $29 million opening weekend, compared to the $54.6 million and $52.3 million that Divergent and Insurgent earned during their first weekends, respectively. After those lackluster receipts, Lionsgate is slashing the budget of Ascendant , the final film in the series, according to The Hollywood Reporter.

While there is no officially announced budget yet for Ascendant, nor exactly word on how much of it is being cut, we do know that Allegiant cost Lionsgate about $110 million and that, "it is expected several millions of dollars will be trimmed [from Ascendant] at the very least." While this may sound like bad news to Divergent fans, they should count themselves lucky that they're even getting a fourth film at all. Not only is that one more film then there are books in Veronica Roth's original book series, but there are plenty of examples of franchises that had their sequels cancelled after the previous film underperformed.

We're not just talking about movies that flopped when studios hoped they would kickstart a franchise, à la John Carter or The Lone Ranger, but rather movies that had sequels actively in development that were then utterly scrapped. Movies like…

The first feature film featuring the man in tights since 1987 was highly anticipated… and also highly disappointing. Although neither an outright disaster commercially or critically, the passion simply wasn't there for the rebooted franchise. After a string of complications — including director Bryan Singer moving on to different projects and the 2007-'08 Writers Guild of America strike — the sequel was pushed back from its planned 2009 release date indefinitely… until it was shelved entirely in favor of Zack Snyder's

Touted at the time as the next Lord Of The Rings, this adaptation of Philip Pullman's beloved fantasy series was mired in controversy from the very start, thanks to the books' anti-Church themes. Amid calls for boycotts, the studio

cut out the entire last act of the film (which had already been filmed) and its tragic cliffhanger ending, effectively sabotaging the movie's chances before it was even released. After the film underperformed domestically, the studio scrapped the two sequels, the first of which had already been written and scheduled for release.

Salvation, which starred a mid-Batman Christian Bale as hero John Connor in what was supposed to be the first of a planned trilogy, did have a lukewarm reception at the box office — but the demise of the franchise had as much to do with the studio's troubles as it did with the film itself. When The Halcyon Company, the production company behind the film, filed for

, it sought to get auction off the rights to the franchise for about $70 million; however, the sole bidder was director Joss Whedon, who personally offered $10,000. Eventually, the rights went to Annapurna Pictures for $20 million, which would go on to co-produce last summer's Terminator: Genisys. (More on that in a bit.)

Ryan Reynolds was originally slated to star in three Green Lantern films as one of DC's flagship franchises, in answer to Marvel's burgeoning Cinematic Universe, which itself was only three years into its existence at the time. But when the first film was savaged by critics and flopped at the box office (only earning $116 million off a $200 million budget), those plans were quickly abandoned. Maybe it's for the best, though; with the failure of that superhero franchise, Reynolds was freed up to star in the acclaimed — and very successful — Deadpool , and Green Lantern will be rebooted in a way that will be fully integrated into DC's own shared onscreen universe.

Just a few days before the American adaptation of Stieg Larsson's best-selling novel hit the screens, director David Fincher announced that the two sequels, The Girl With Played With Fire and The Girl Who Kicked The Hornets' Nest, would film back-to-back, with the first sequel nailed down with a 2013 release date. However, the script underwent several rewrites, and before anyone knew it, the 2013 deadline had come and gone. Last November, Sony announced that they would be bypassing both sequels to instead adapt the non-Stieg Larsson book The Girl In The Spider's Web and recasting their Oscar-nominated lead actress while they were at it. Neither Fincher nor Craig are expected to return, either.

Like Divergent — or The Maze Runner or The Hunger Games or Harry Potter — The Mortal Instruments was an adaptation of a popular Young Adult book series that was expected to easily translate into a successful blockbuster film franchise. Several months before the first entry's premiere, the studio set the date for a sequel, City Of Ashes , with production to begin the very next month after Bones' release. But teens didn't turn out in the anticipated droves after a slew of negative reviews, and those plans never came to fruition. Instead, the books now live on the small screen in the unrelated Freeform series Shadowhunters … which was just renewed for a second season!

If The Divergent Series: Ascendant had indeed been cancelled, it would have been the most similar to circumstances surrounding this superhero film — the only franchise on this list to have been cancelled after more than one entry. Not only had Sony been planning on a third Amazing film, they were developing an entire expanded Spider-Man universe, including spinoffs focusing on Venom, the Sinister Six, and an unidentified female character. When the sequel fell well short of the $1 billion Sony hoped for, they struck a long-awaited deal with Marvel that allowed the webslinger to finally join forces with the Avengers onscreen. So really, this one turned out for the best.

Like the last time someone tried to reboot the Terminator franchise, last summer's Terminator re-reboot was supposed to be the first in a new trilogy, even planning a TV series that would tie directly into the events of the big screen franchise. But when the reboot failed to break even at the box office, the TV series was put "on hold indefinitely" and the sequel was removed from the distributor's release schedule. Despite all of this, Arnold Schwarzenegger himself insists that a Genisys sequel is still in the works, for whatever that's worth.

Genisys was only the first of Summer 2015's failed action franchise reboots. The second came just a month later, when Josh Trank's Fantastic Four absolutely bombed at the box office amid rumors of a troubled production. FOX stubbornly stuck by the viability of their rebooted franchise for as long as possible, still working on "figuring out how to make a sequel happen" as late as a month after the film had crashed and burned. Although the studio has yet to release an official statement on the future of the franchise, they did conspicuously pull the sequel from their schedule back in November. Will the rights to the Fantastic Four now revert to Marvel Studios? Or will FOX reboot the franchise for its third iteration this decade?

Getting several million dollars slashed from your budget certainly isn't any director's dream come true; but all in all, Divergent fans are extremely lucky that they'll still have a sequel to watch come June of 2017.