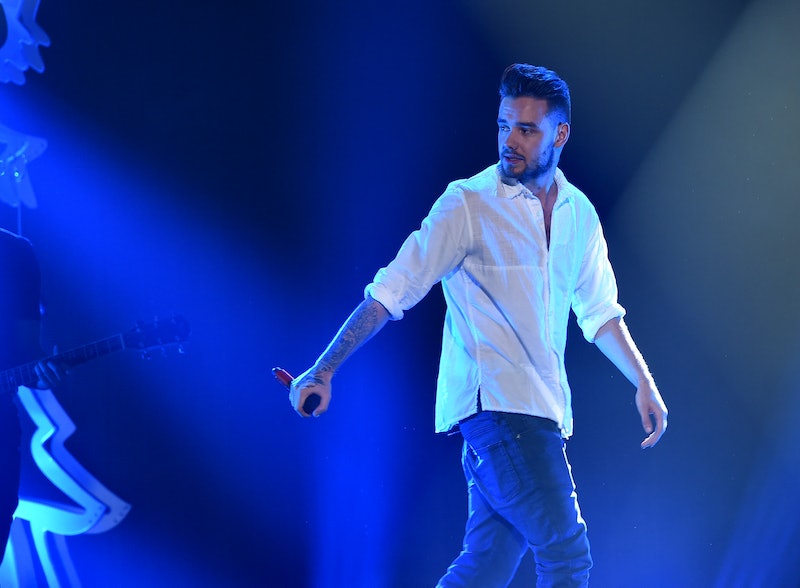 Listen, I want to believe that these One Direction boys are getting back together as much as you do, but what am I supposed to do with the information that Liam Payne is going solo. I'm trying to trust the lads, because they told me this hiatus wasn't permanent, but it's hard to shake the sensation that the foundation is crumbling out from under us. I just don't know how much we're supposed to take before we come to terms with the fact that this might not be happening.

First we lost Zayn Malik, which was hard enough, and which I still haven't fully recovered from. Then, right on the heels of that devastation, the boys went on hiatus. And while they swore they'd be back to give us our 1D fix, it really did take a suspension of disbelief and a lot of trust to believe that. Even more so when it came out that Harry Styles was going solo, although I did manage to hold it together and keep the faith at this point.

But now that Liam Payne is striking out on his own as well, signing a deal with Capitol UK, I'm not sure exactly what I should be holding onto. Everyone always assumed that Styles would go solo, and we've of course had to let go of Malik, but I never thought Payne might go that same direction. (No pun intended; I can't believe you're still thinking that way at a time like this.)

But seriously, as it stands now, more of the original members of One Direction have either already gone solo or are planning to than actually remain solely dedicated to the group. And while of course Niall Horan and Louis Tomlinson should feel free to pursue any type of career they want during this break, I'm kind of hoping they continue to hold it down so that the other two have something definite to come back to. Like a candle in the window or birds in the nest or I don't know you guys, I'm panicking, and Payne's tweet attempting to reassure me helped me not at all:

I know I'm supposed to trust you, and that you'd never hurt me intentionally, but I just don't want to look stupid ignoring my common sense and insisting that One Direction will in fact get back together, just because you told me to. So I'll grit my teeth and hold on, but just know that I'm really out on a Liam here for you. (I joke because I love.)

More like this
The First 'My Policeman' Trailer Features Harry Styles & Moody Romance
By Grace Wehniainen
Harry Styles Helped A Fan Come Out As Gay In Dramatic Fashion At His London Show
By Jake Viswanath
Watch Harry Styles’ Sweet Reunion With His Primary School Teacher
By El Hunt
Photos Of The 'Elvis' Cast vs. Their IRL Counterparts Will Have You All Shook Up
By Grace Wehniainen
Get Even More From Bustle — Sign Up For The Newsletter