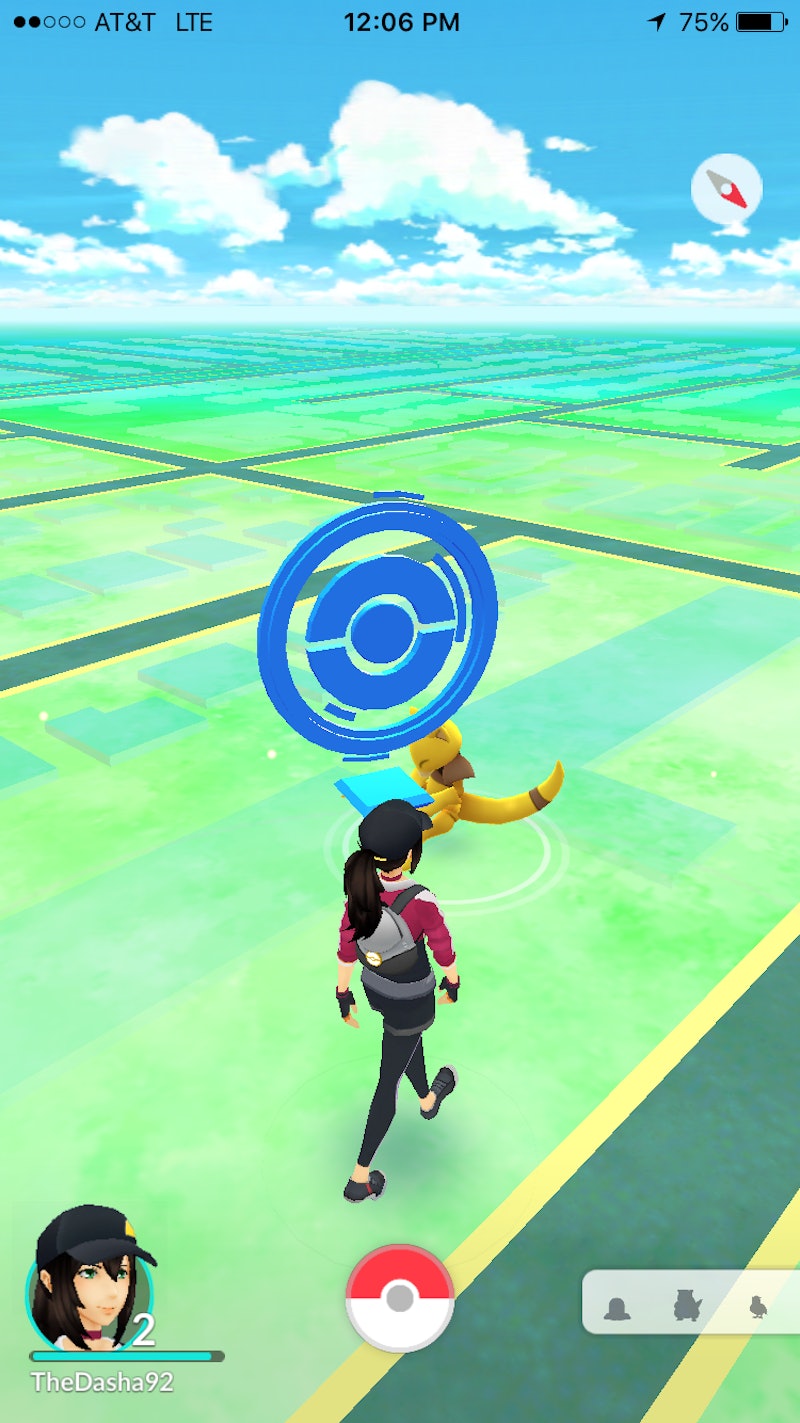 Ever since I downloaded the Pokémon Go app on my phone, I have experienced a childhood I never got. My neighbor growing up had every game system known to man, and every single Pokémon card produced — I got his doubles. Finally, as a 24-year-old, I get to play the game on my terms. And my terms include being clueless about things like what happens at a PokéStop in Pokémon Go. Luckily, after some hands on training I can help explain to anyone else who needs to know.

I've been playing Pokémon Go for a few days now, and I can honestly say it makes me so happy to see people responding to it in such a positive way. People are gathering outside and some are even organizing overnight Pokémon hunting trips. I am not there yet myself, but I am starting to get the hang of it. I decided to walk outside and catch some Pokémon. I found that there was a PokéStop not too far from my house. I started my journey, bright-eyed and bushy-tailed.

It just so happens to be in the same spot at as a Synagogue. Since I'm Jewish, I felt like it was the right spot for me to recharge. Once you get closer to the actual PokéStop, it stops being a blue cube and transforms into a blue Pokéball.

It also had an Abra chilling at it, which gave me a lot of feelings. Mostly nostalgia over the one time I played Pokémon Gold as a child. I'm not sure if that's what every PokéStop looks like, but mine did. Anyway. Once you are close enough to the PokéStop, you just swipe your screen, the spot the PokéStop is, and watch it produce floating Pokéballs in bubbles.

You can also get other things from the PokéStop besides Pokéballs. If you are lucky, you might even get an egg that you can incubate yourself and watch a Pokémon hatch, and then as you advance in the game, you'll also earn things like Revive Potions, Razz Berries, and Great Balls, which help you heal and catch higher level Pokémon. I used the Pokéballs attained at the PokéStop to catch my very own Abra!

I cannot explain the sheer joy I experienced when it happened.

Also an important boon: Every time you swipe at a nearby Pokéstop, you gain 50 XP points, which help you advance to the next Level as a trainer. If you live in a city you can just scroll down every time you walk down the block and rack up tons of points!

As it turns out, a lot of younger kids who are out of school for the summer are playing this game on their phones. I saw a group of them at this particular PokéStop, and we made direct eye contact. We both knew what the other was doing, and we were very proud. So head on down to the Pokéstops near you to make some new friends — just make sure to stay safe!