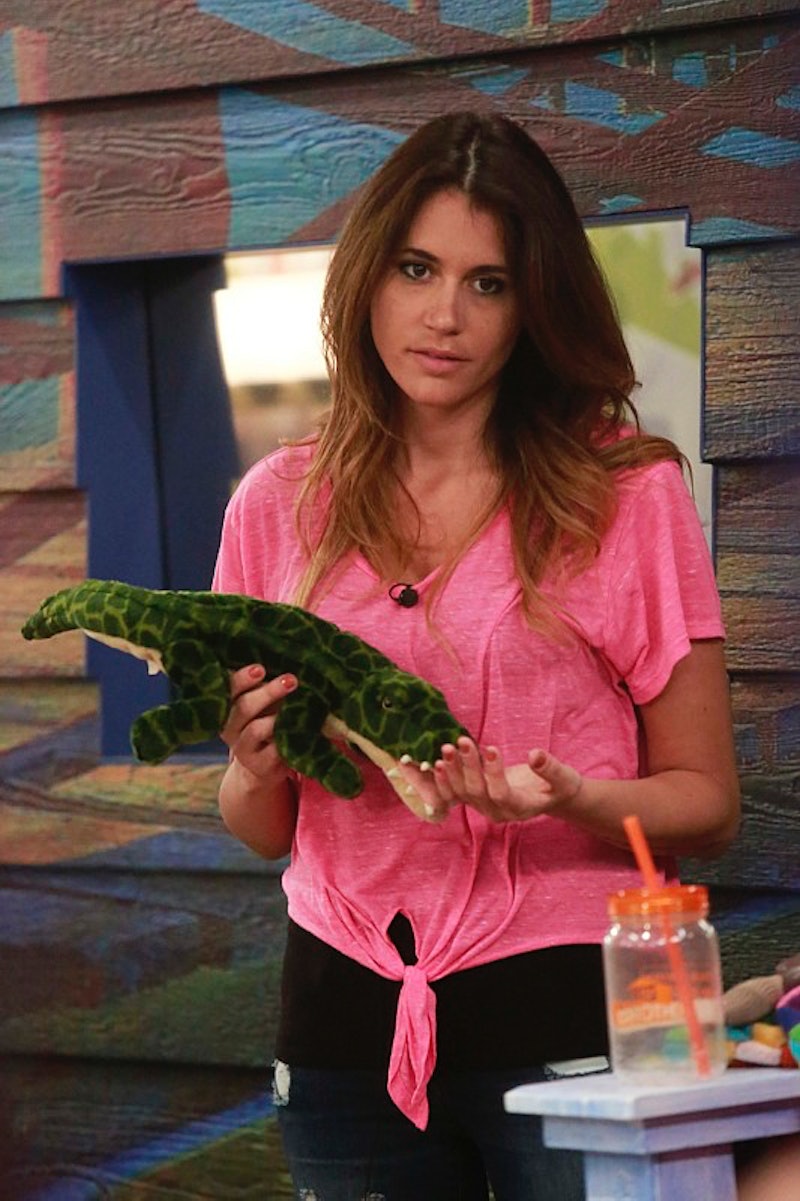 Leading up to the eviction vote this week, the remaining houseguests in the Big Brother house seemed to be unsure of who they were going to evict. Head of Household, Paulie, originally planned on evicting Tiffany, following through on his plan from the week before. But then, Tiffany started spilling some beans on her relationship with Da'Vonne, and the house suddenly shifted. With Tiffany and Frank leading a campaign to evict Da'Vonne, Paulie, Nicole, and even James were swayed. At one point, it really did seem over for Da'Vonne. But, alas, Da'Vonne's twisting alliances and souring relationships in the house weren't enough to send her home, and Tiffany was evicted from the Big Brother 18 house.

In the end, Tiffany's volatile behavior — her paranoia and her unpredictability — made her too much of a risk to keep in the house. Tiffany's eviction wasn't all that surprising, but what was surprising were the votes. Tiffany was evicted by unanimous vote. After Tiffany ended up being able to show Nicole, Paulie, and James that they can't trust Da'Vonne, it seemed like there would at least be a few people voting to keep her in the house. And yet, even her new allies, Frank and Bridgette voted to evict her, and everyone else who was somewhat swayed by Tiffany's allegations against Da'Vonne ended up falling in line behind Paulie.

It's unclear what, exactly, happened to make Paulie and the others commit to sending Tiffany home instead of Da'Vonne. I'm guessing it had something to do with Da's close relationships with Michelle and Zakiyah. Zakiyah and Da'Vonne have been close from the beginning, and Paulie is currently involved in a very hot and heavy showmance with Zakiyah. Asking Zakiyah to vote to evict Da'Vonne would have been extremely difficult for Paulie, especially with Tiff on the block. As for Frank and Bridgette, it's likely that Frank decided he'd rather vote with Paulie than against him.

Tiffany can still come back to the house if she wins the Battle Back Competition, but she'll have to face some tough competition if she wants that second chance. As for Da'Vonne, she might want to watch her back next week.