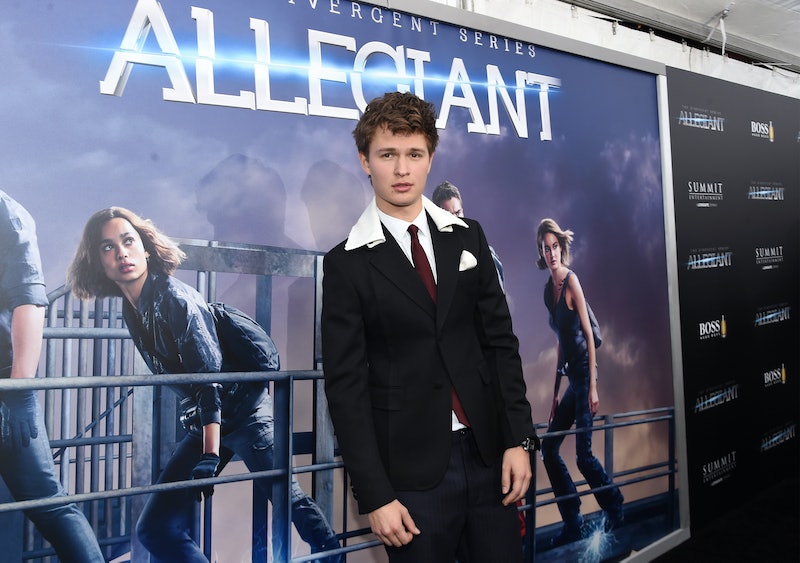 According to The Hollywood Reporter, Lionsgate is making a bold and shocking move with the final film in the Divergent franchise, and it will likely change almost everything about the series. According to the report, the final film in the Divergent series will be a TV movie, and not a theatrical release as previously reported. The news comes after the March 2016 news that Ascendant, the fourth and final film in the franchise, will have a significantly lower budget than third film Allegiant. Now that the film is forgoing a theatrical release, fans have to wonder if its big name cast will stick around. Now, cast member Ansel Elgort spoke about the Divergent TV movie and whether he will return to the Huffington Post, and the news doesn't sound great for fans of the film franchise.

Though it's worth noting that no official announcement has been made about the TV movie's casting, it's hard to imagine that the TV movie would be able to retain the entire cast. Elgort implies that the whole cast won't be coming back together in this statement to Huffington Post:

It’s obviously sad because the cast all really liked each other, but hopefully we can all work together on a different project... I love Shailene [Woodley] and I love Theo [James] and everyone else in the cast... We didn’t say our goodbyes because we were expecting to do another one together.

Woodley, who starred opposite Elgort in romance The Fault In Our Stars (and, oddly enough, plays his sister in the Divergent films) has also spoke out about the upcoming TV venture, though she sounds slightly more optimistic about the new movie than Elgort does, telling the press during a talk for her upcoming film Snowden that she would have to "find out what the details are" before deciding to sign on to the new TV movie.

This Divergent news is a serious bummer for fans, and I have a feeling that Elgort is right about the cast parting ways from the franchise prior to the TV movie. Perhaps the bright side of this not-so-great news is that at least fans are getting the Divergent conclusion that they want — even if new actors will be portraying the roles.

More like this
The ‘Love, Victor’ Showrunner Gave Fans Hope For A Possible Spinoff
By Brad Witter
Legacies Showrunner Said There Is Still Hope For More Vampire Diaries
By Gretchen Smail
Sadly, You Can’t Stream 'Elvis' — Yet
By Morgan Leigh Davies
Photos Of The 'Elvis' Cast vs. Their IRL Counterparts Will Have You All Shook Up
By Grace Wehniainen
Get Even More From Bustle — Sign Up For The Newsletter