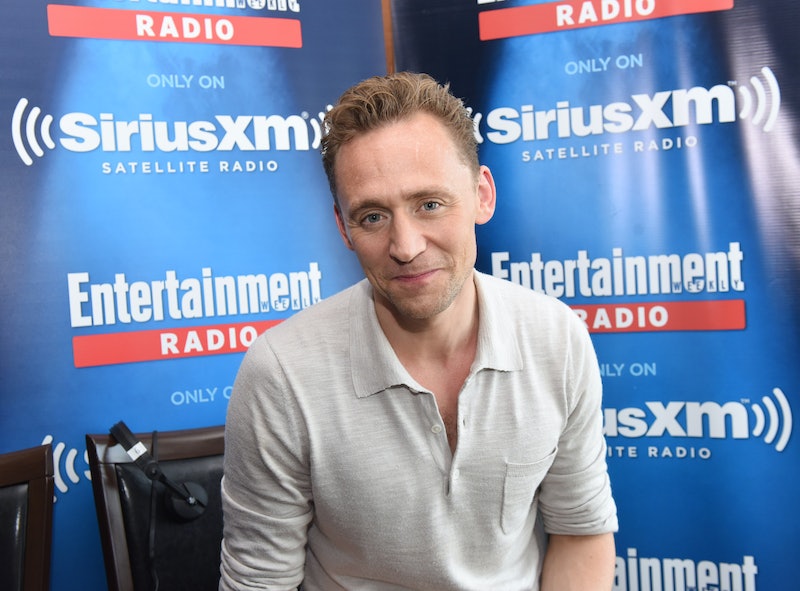 Hiddlestoners, the affectionate name of Tom Hiddleston fans, have known that the British actor is a mega celeb since Day 1, but it's taken everybody else one celebrity relationship with Taylor Swift to figure it out. Since Swift and Hiddleston were first photographed with each other in the beginning of June, the actor has gone from just being that talented guy who played fan favorite Loki in the Avengers franchise to being the person who wears an "I <3 TS" tank on the Fourth of July. A lot has changed since he linked up with Swift and the duo began to travel all across the world together. For one thing, Hiddleston went from quiet stardom to everyone-is-now-watching-him-all-the-time status, and while at San Diego Comic Con over the weekend, Hiddleston opened up about what becoming so famous, so fast, has been like.

While at the event to discuss his upcoming projects Thor: Ragnarok and Kong: Skull Island, Hiddleston shared his thoughts on his newfound super-fame, and while his relationship with Swift wasn't mentioned directly, we all know that that's what's made him so crazy-famous these past few weeks. Apparently, when it comes to dealing with mega-fame, the 35-year-old actor believes it all comes down to being authentic. As Hiddleston told People,

It's nice that Hiddleston is taking his celebrity in stride and trying not to listen to the haters. Because as his lady love has said, "haters gonna hate, hate, hate, hate," and if Hiddleston got caught up in all that negativity, he wouldn't be able to dedicate his energies to his acting career, which is heating up fast. While at Comic Con, he also spoke about his excitement over the 12 Emmys that his most recent project, the TV show The Night Manager, was nominated for, telling People, "To see Hugh Laurie nominated and Olivia Coleman and [director] Susanne Bier, it’s really really thrilling. You never know when you make something when it is going to catch fire and people will receive it with the same passion in which it was made and it felt like that, so it's really exciting."

It's clear that despite his newfound celebrity, Hiddleston is still the same ole guy — passionate about his work and grateful for the talents of his peers.

More like this
The Untold Story Of 'Vogue' Embracing Kim Kardashian
By Amy Odell
Is Megan Fox Pregnant? MGK Gave A Shout-Out To Their “Unborn Child” Onstage
By Hugh McIntyre
Twitter Is Upset About The 'American Idol' Top 3 Results: "Who TF Is Voting?"
By Jake Viswanath
Stormi Just Walked A Red Carpet With Mommy Kylie Jenner & Daddy Travis Scott
By Hugh McIntyre
Get Even More From Bustle — Sign Up For The Newsletter