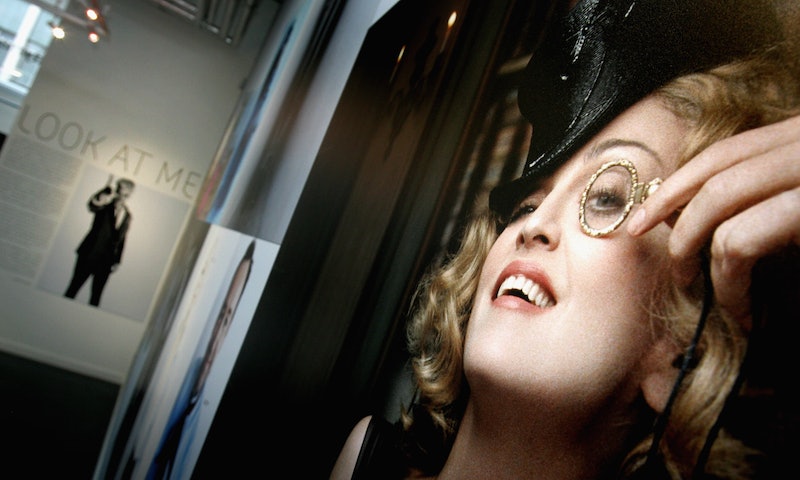 In the ever-growing quest for originality, sometimes we make questionable fashion decisions. But if there is one accessory we never dreamed would make a comeback, that accessory is the monocle. According to the New York Times, we have been terribly remiss. The monocle is back in style thanks to hipsters and other movers and shakers with enough time on their hands to consider whether Mr. Peanut's signature look is worth emulating.

Frankly, we think the monocle trend puts normcore to shame. What could possibly be cooler than looking to the 19th century for fashion inspiration? In true outdated NYT -style, the trend report sounds like something your highly educated grandfather might have penned.

From the trendy enclaves of Berlin cafes and Manhattan restaurants to gin ads and fashion magazines, the monocle is taking its turn alongside key 21st-century accouterments like sharply tucked plaid shirts and certificates in swine butchering.

But the piece might not be completely off-base. Warby Parker, purveyor of trendy eyewear, has released a monocle style, called the Colonel that has been popular, and Ray Gallagher, owner of The Monocle Shop claims that his average sales have doubled in the past five years.

Who can we blame for the rise of the monocle? A subset of hipster that British trend forecaster Martin Raymond has named "the new gents" who he insists "have been adding monocles to their bespoke tweed and distressed-boot outfits." Who are these people, and where can we find them?

“All of this is part of a sense of irony and a way of discovering and displaying old artisanal and craft-based technology,” Mr. Raymond told the Times. “You see the monocle appearing in Berlin, parts of South Dublin.” Kids these days...

As with any movement, the best part of all this is the attention it has garnered on Twitter. Most people seem to think that the Times piece is utterly hilarious, and we couldn't agree more. Here's a roundup of some great reactions from the Twitterverse:

Bustle's own Mallory Schlossberg weighs in:

And finally, we have a statement from Mr. Peanut himself, courtesy of the Washington Post:

"It’s been brought to my attention that Hipsters are following in my stylish footsteps by sporting monocles,” Mr. Peanut said (“said”) in a statement just e-mailed over by Shannon Lovich of the public relations agency Olson Engage. “I guess they understand what success on a man’s face looks like."