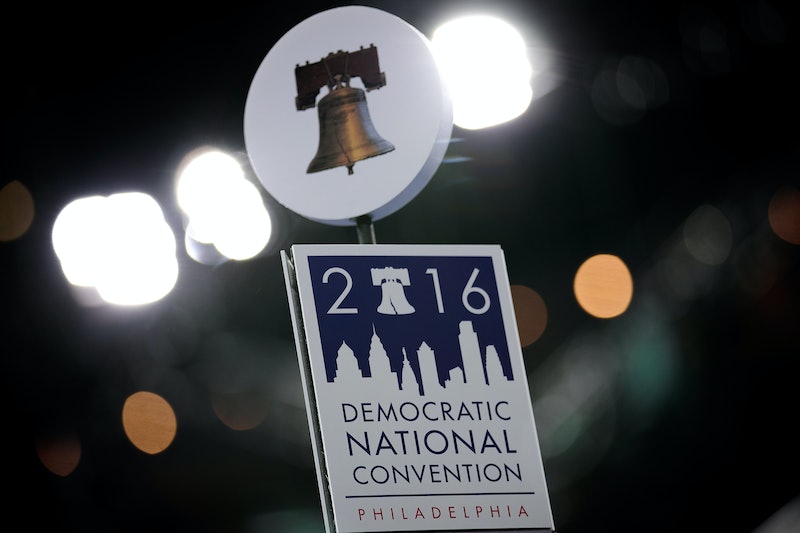 In a compromise deal largely overshadowed by leaked emails and news of Debbie Wasserman Schultz's resignation as the Democratic National Committee chair, Democrats voted to limit the role of superdelegates through the establishment of a commission tasked with recommending electoral reforms in a nearly unanimous vote Saturday evening. The vote followed one in which the Democratic Rules Committee struck down an amendment to abolish the superdelegate system altogether.

Under the amendment approved Saturday in a 158-6 vote, a so-called "unity commission" will draft a series of proposed reforms aimed reducing superdelegates' potential for influence and broadening the party's support base. Although the DNC isn't saying goodbye to superdelegates, the new rule stands to significantly limit their role in determining the Democratic nominee.

"The Commission shall make specific recommendations providing that Members of Congress, Governors, and distinguished party leaders remain unpledged and free to support their nominee of choice," The Washington Post reported the amendment read, "but that remaining unpledged delegates be required to cast their vote at the Convention for candidates in proportion to the vote received for each candidate in their state."

When the amendment is formally approved, roughly two-thirds of Democratic superdelegates will lose the ability to support the candidate of their personal choice at the party's nominating convention and instead be bound to a candidate in accordance to state primary and caucus results.

The amendment will also look into expanding the access and transparency of caucuses and establishing same-day registration to encourage unaffiliated or new voter participation.

Although the amendment won't go into effect until the next election, it's being heavily praised by supporters of Sen. Bernie Sanders who spent much of the presidential primary criticizing the superdelegate system as an undemocratic means for party leaders to overturn the will of the voters. Sanders' campaign manager, Jeff Weaver, called it "a tremendous victory for Sen. Sanders' fight to democratize the Democratic Party and reform the Democratic nominating process."

In a clear attempt to build party unity, the amendment dictates that the 21-member "unity commission" be comprised of a mix of Clinton and Sanders supporters. Clinton will reportedly appoint nine people to the commission while Sanders appoints another seven and the DNC appoints three. The commission will be chaired by Clinton supporter Jennifer O'Malley Dillon, vice-chaired by Sanders supporter and former Communications Workers of America president Larry Cohen, and will have until Jan. 1, 2018 to compile its reform recommendations.