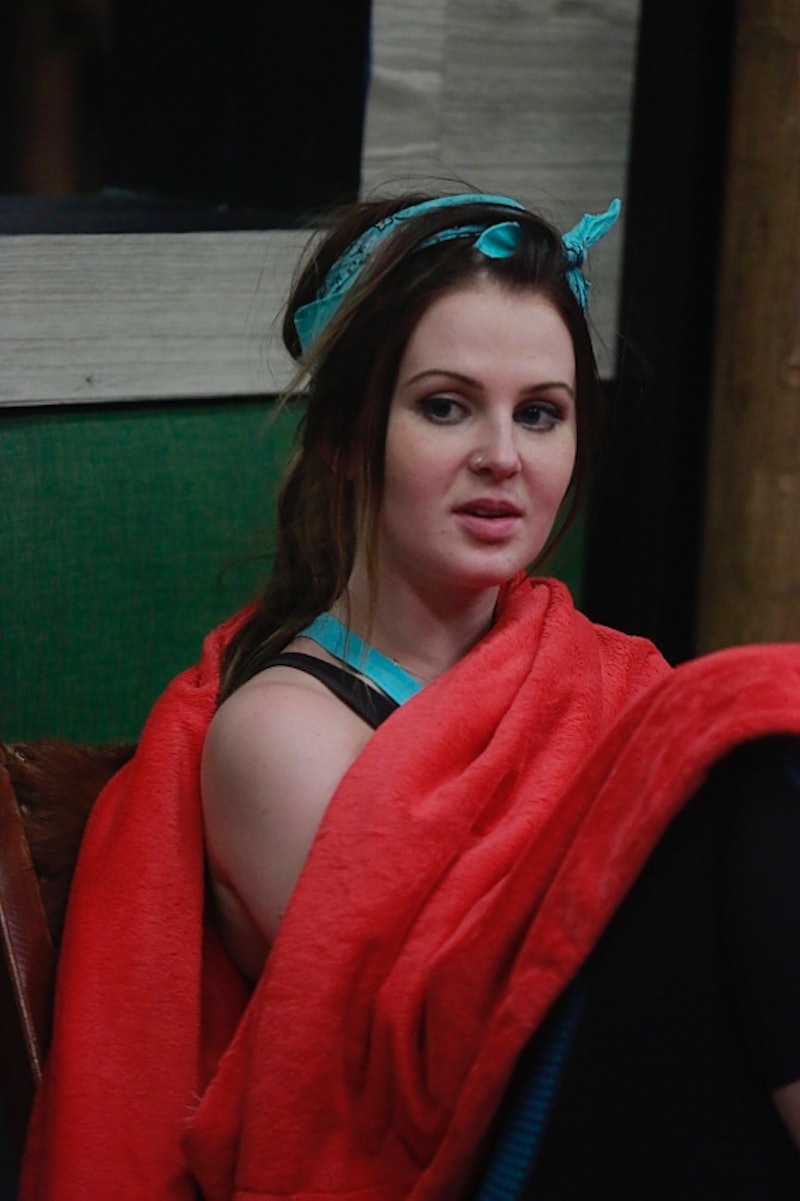 If you still think that all of the drama on Big Brother 18 can only be seen on a new episode, you are sorely mistaken. In case you haven't figured it out by now, the drama is what keeps the wheels of this show turning; it's happening 24/7. Such is the case with a major event we didn't see on the July 24 episode, which included James winning Head of Household. In real time, the Big Brother 18 house has already had their Power of Veto competition. The winner was a total surprise. Michelle secured the Power of Veto and since then she's been one of the most high-profile house guests. Again, in real time, Frank took Michelle aside for a late night talk in the early hours of July 24 to try and convince her to use the Veto so that James could get Da'vonne on the eviction block instead. But was Michelle convinced by Frank's pleas?

While Frank has readily admitted he will stick by Bridgette's side until the very end, he has not been as warm toward Da'vonne. So his gunning for Da'vonne comes as no surprise. Here's where Michelle comes in (and where things get interesting). If she does not use the Power of Veto, then Frank and Bridgette remain up for eviction. This means that the majority of the house get their unified wish: to break up this toxic power couple and bring the game play back to a status quo. The possibility of Michelle not using the Power of Veto was reiterated tonight, July 24, whilst having a discussion with other house guests.

The tides are swiftly turning on Frank's lucky streak. From the looks of the Big Brother Updates Twitter, the house has been lamenting Frank's fight to still play the game, unaware that everyone has decided he is out. They are all determined, spurred on by Michelle holding the Power of Veto, to feed Frank lies about the possibility of Da'vonne being put up for eviction—which is definitely not the case.

With the break-up of the teams and the elimination of the Road Kill competition, Frank's status in the house has never been shakier. He has had a target on his back for weeks now and this could be the entire Big Brother 18 house's chance to get him out once and for all. All the power, surprisingly, is in the hands of the one house guest who has kept one of the lowest profiles so far. Will Michelle finally get a chance to shine by making a paradigm-shifting decision? Unfortunately, we have to wait for another episode to find out.