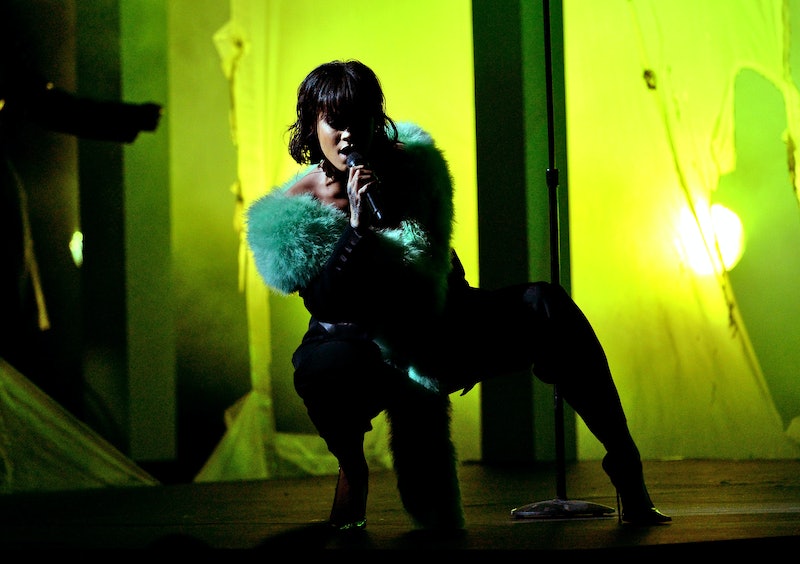 You might want to be the very best (like no one ever was), but you still need to hold off your Pokémon training until after you attend one of Rihanna's concerts. On stage in Lille, France on Saturday, as a part of her Anti World Tour, Rihanna told fans to stop playing "Pokemon Go," letting down those fans looking to take advantage of any possible Pokémon lurking around the Stade Pierre Mauroy. No Pokémon trainer was safe when Rihanna called out those who were at her concert and on their phones: "I don’t want to see you texting your boyfriends or your girlfriends. I don’t want to see you catching any Pokémons up in this b*tch!"

Rihanna, and "Pokemon Go," fans of the world, your two loves can not co-exist. But before you start hating on the "Diamonds" singer, I do have to admit that she has a fair point. I mean, if you go to one of Rihanna's concerts, you're there to enjoy the music. The Pokémon can wait.

While it is unknown as to whether or not the singer has downloaded Niantic's game for herself, she's at least aware of just how popular it has become. Much like Sara Bareillies' call for no cell phone use at her Broadway musical, Waitress, Rihanna doesn't want to see her fans distracted by their phones when they came to enjoy a live performance. She doesn't seem to have anything against the adorable Pikachus and Jigglypuffs roaming the world, thankfully.

There has been some talk about "Pokemon Go" safety concerns, and the ways in which the game distracts people while they are driving, crossing the street, or even approaching cliffs. However, if you are sure to stay safe, then "Pokemon Go" has also led to mass socializing, exploring new landmarks, and a surprising amount of exercise. Personally, I believe that, as long as you know the times and places where it makes more sense for you to put down your phone (such as while you're attending a Rihanna concert), then there's no need to fear.

So play smart, Pokémon trainers. And feel free to play Rihanna's music while you're roaming the streets looking for Pokémon. She's not going to be mad at you for that.