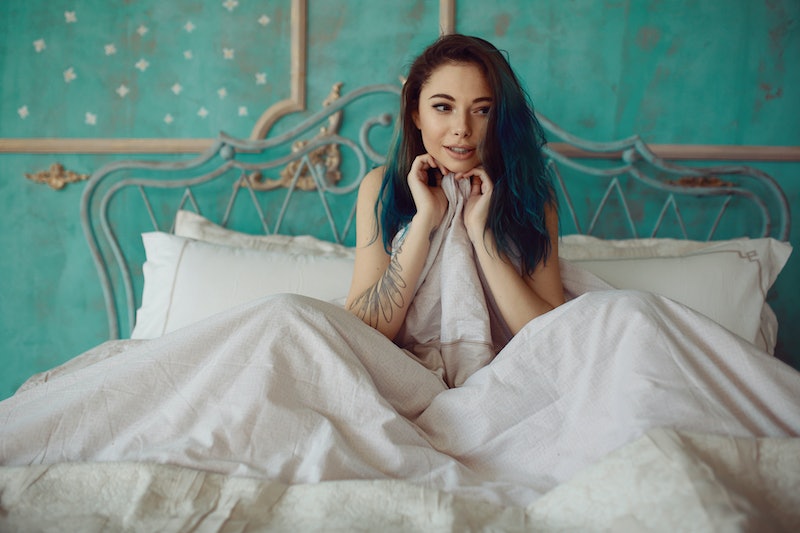 Even though I try to be open-minded, I have some definite dating deal-breakers. Things that give an immediate "Nope" moment, when the warning lights start flashing. I assume that lots of people have them, but I was surprised to see how many of them were related to our living setups. But now I know better.

Because the folks at the furniture company Wayfair wondered how much your home affected your love life and decided to check it out. They surveyed over 2,100 people about their relationship deal-breakers in the home — and boy, were there a lot of them. One of the most annoying things about dating is that everyone has their own little pet peeves. You could agree perfectly on A, B, C, and D, but how you feel about E may be a total deal-breaker. And living situations bring that out the particular everyone. We can be so protective of our own way of doing things or what we're used to, that anything that clashes with that has a way of getting under your skin.

One of of the biggest problems was just how and where you live. Here were the major deal breakers about who we shack up with:

1. Almost Half Of People Said Living With Your Parents Is A Deal-Breaker

Yikes, 48.78 percent of people said living at home is a deal-breaker, which as Wafair points out, is bad news for the 32 percent of young adults who are currently crashing with the folks.

Living at home with your parents, even temporarily, is so common nowadays I'm surprised that many people have an issue with it. But listening to your partner's mom walk up the stairs while you have sex is never a turn on.

2. Almost A Third Are Not Cool With Dorm Life

I can't really blame them — 31.96 percent of respondents said that living in a dorm is a no-go. Which I get, I mean living in a dorm was amazing fun when I did it— but I'm in no rush to go back. Showering in flip flops is a pain.

14.73 percent said roommates were a deal-breaker— a definite surprise considering 98 percent of people I know live with roommates.

Bonus: Some People Are Never Happy With Your Living Situation