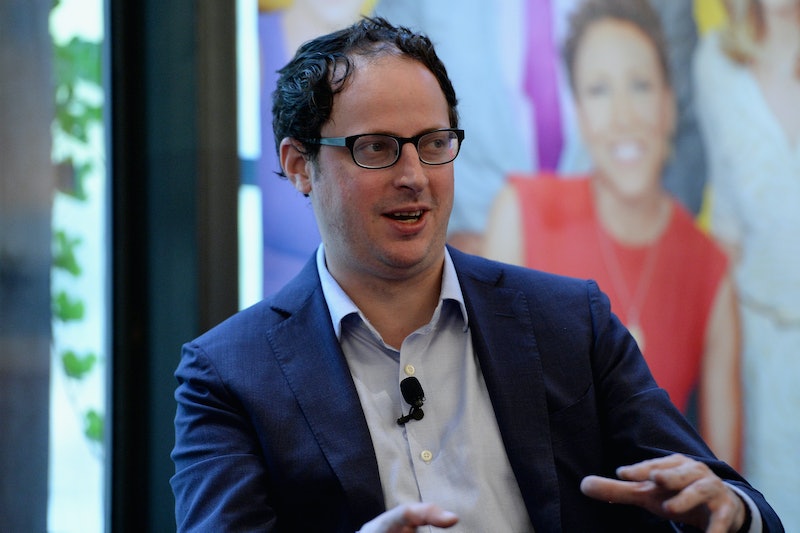 With the GOP convention finally, finally behind us, the Democrats are taking to Philadelphia this week for their own convention. After the several mishaps at the Republicans' Cleveland convention, things were almost looking up for presumptive nominee Hillary Clinton and the Dems: they have a roster of star-powered speakers lined up (compared with what I can only generously call C-List celebrities at the RNC), not to mention oratorical turns by President Barack Obama, First Lady (and carpool karaoke slayer) Michelle Obama, Vice President Joe Biden, former President Bill Clinton, Vermont senator and former Clinton rival Bernie Sanders, and Massachusetts Sen. Elizabeth Warren.

Additionally, at their platform meeting, the Democrats adopted one of the most progressive platforms in their history, with Sanders supporters winning major concessions, including working towards a $15 minimum wage and offering free college tuition to those who make less than $125,000. This, in addition to the debut of Virginia Sen.Tim Kaine as Clinton's "boring-but-safe" running mate, showed a party that, while not quite ascendant, at least seemed to have its shit together.

The Democrats looked like they might be in a position to put on the kind of convention that the last few decades have led us to expect: an extended infomercial, unifying the party around the clearly chosen candidate.

Monday morning dawned hard and fast with a flurry of new polls that attempted to take the national temperature following the RNC, and the news was not good for Clinton. Of the three polls currently up on RealClearPolitics whose polling dates were entirely after the conclusion of the Cleveland Convention, all three showed Trump ahead by low single digits.

Additionally, over the weekend, more DNC internal e-mails were leaked by Wikileaks, showing DNC staffers clearly biased against Sanders' campaign, with a few even considering using the senator's atheism against him. By Monday morning, DNC Chairwoman and Florida Representative Debbie Wasserman Schultz had announced she would not chair the Philadelphia Convention, and was getting booed as she spoke to her own Florida delegation. Already there are reports that the protesters in Philadelphia vastly outnumber the protesters in Cleveland (though whether this is due to more inter-party dissonance or pure geography is up for debate).

But the real body blow for me was this: as of 10 a.m. on Monday morning, Donald Trump has an edge in FiveThirtyEight's presidential "Now-cast" — that is to say, if the election were held today, Donald Trump would be more likely to win.

For those who need a quick refresher, FiveThirtyEight is the brainchild of stats guru Nate Silver, who correctly forecast both the 2008 and 2012 elections using his fancy algorithmic superpowers. Though he doesn't have a perfect record — he got read for filth both after his forecast of the Michigan Democratic primary went wrong and when Donald Trump won the Republican nomination after he predicted the billionaire only had a two percent chance — Silver's methods and forecasts are still widely respected.

Which is why this latest development is so terrifying.

Now, Silver was the first to point out that we're in a unique spot in a close election, where by virtue of the alternating order of which party goes first, the Republicans are enjoying a "convention bump" that the Democrats haven't had a chance yet to cash in on. Also, he notes that the polls aren't telling a conclusive story. "I wish I had more definitive answers for you," Silver wrote.

At the end of the day, it's important to remember just what FiveThirtyEight's numbers are: they are not election result projections, or even poll averages. Rather, they run simulations based on available polling data to see what the likelihood is that this or that outcome will occur. So when they say Trump has a 57.5 percent chance of winning the election if it was held today, that means if they held a hundred elections, he would win 57.5 of them (and lose 42.5 of them).

This isn't to dismiss that things are looking dire — one observer noted on Twitter that those arguing against freaking out at the new poll numbers since it's just a convention bounce "as if the fact it's even remotely close isn't enough of a reason." But in our desire to try and know the future before it happens, it's important to remember that the future is a tricky beast.

What can we learn from these latest polls? Nothing that we didn't already know: it's a (shockingly) close race, and may end up becoming a referendum on who the country likes least. But nevertheless, there's a lot at stake, and it's as important as ever for us to keep our eye on the ball.