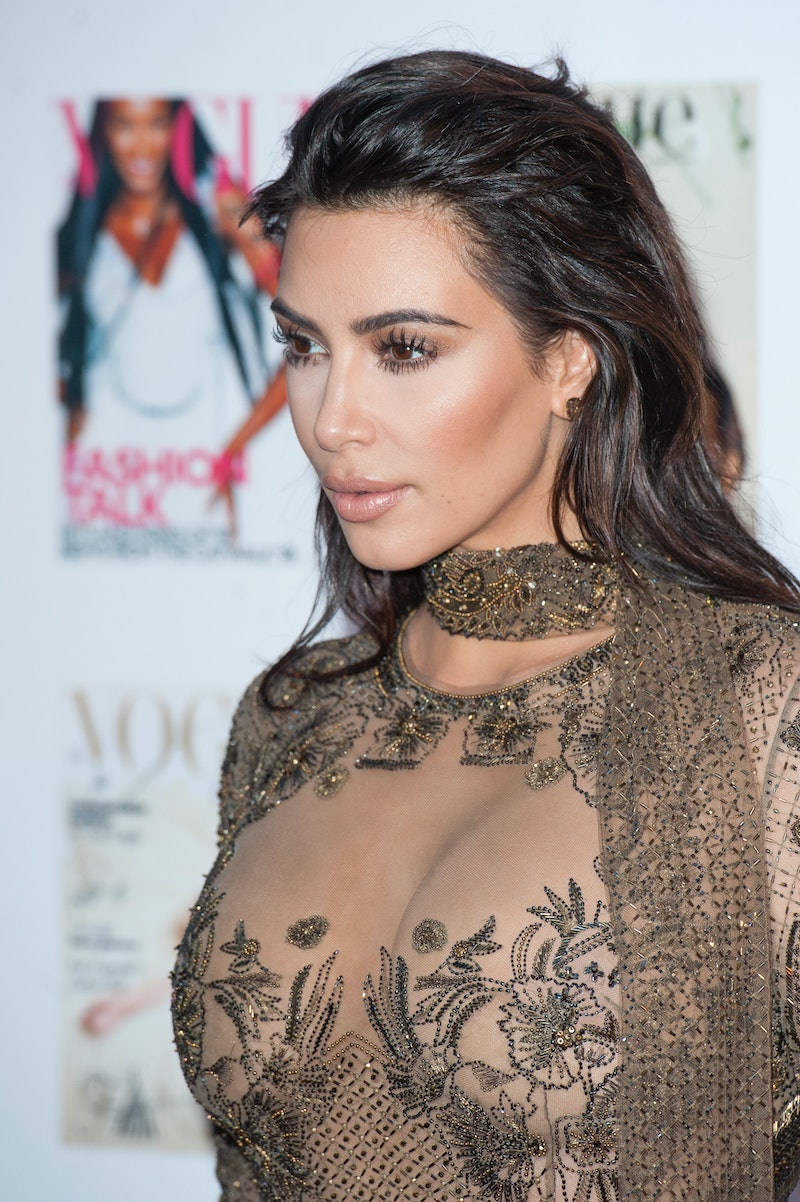 Another day, another Kardashian reality show. Except instead of NBA players, glam squad members, and the occasional Kanye, this new show follows the lives of not-so-rich-and-famous beauty and makeup vloggers. If that sounds like you, here's how to try out for Kim K.'s new reality show.

Kim Kardashian has been an Executive Producer of Keeping Up With The Kardashians for most of its 12 seasons, and has produced its various spinoffs. Not to mention, she has plenty of executive experience with her various apps, including the Kim Kardashian West Official App, the Kim Kardashian Hollywood game and her KIMOJI app. Now she's bring the magic to the beauty world with a new reality show that will pit social media beauty and makeup vloggers against each other in various competitions to win a seat on the Kardashian glam squad. The winner will also become the new Beauty Director of the Kardashian apps, so they'll create exclusive beauty content for Kim, Kourtney, and Khloe's apps.

According to a casting call, the producers are looking for "the best of the best makeup artists that YouTube has to offer. **MUST HAVE SIGNIFICANT FOLLOWING ON ANY PLATFORM**" I reached out to casting producer Emily Lallouz for more details, but she has yet to comment. But according to PopSugar, Lallouz said producers are looking for beauty bloggers and vloggers with a "strong following, like the Chrisspy's of the world."

So what exactly is a "significant following?"

Some of the biggest beauty and makeup vloggers, like Jaclyn Hill, Jeffree Star, or Chrisspy, have more than a million subscribers on YouTube. The one million mark is often celebrated by bloggers and YouTube alike, and there's good reason. According to Business Insider, a personality with a million subscribers can make $100,000 to $300,000 a year in gross revenues from traffic and advertising. Having a large social media following proves that these personalities can make money, and/or gathering a following of interested buyers. And as we all know, Kim is quite the business woman, and she didn't get this far without strategically considering the bottom line. The more followers you have, the better chance you have of getting on the show.

If you are mega popular on the Internetz, you can apply for the show by emailing your name, phone number, a current photo, a link to your blog or website and a bit about yourself to BeautyBloggerCasting@gmail.com. You have to be 21 to apply.

More like this
The Best Looks From Kourtney & Travis’ Wedding
By Dominique Norman
'The Circle' Season 4 Star Yu Ling Wu Is Already A Beauty Icon
By Erin Stovall
2022's Top Wedding Hair & Makeup Looks, According To Pinterest
By Olivia Rose Ferreiro
What Are "Gym Lips" & Why Is BeautyTok So Obsessed With Them?
By Olivia Rose Ferreiro
Get Even More From Bustle — Sign Up For The Newsletter