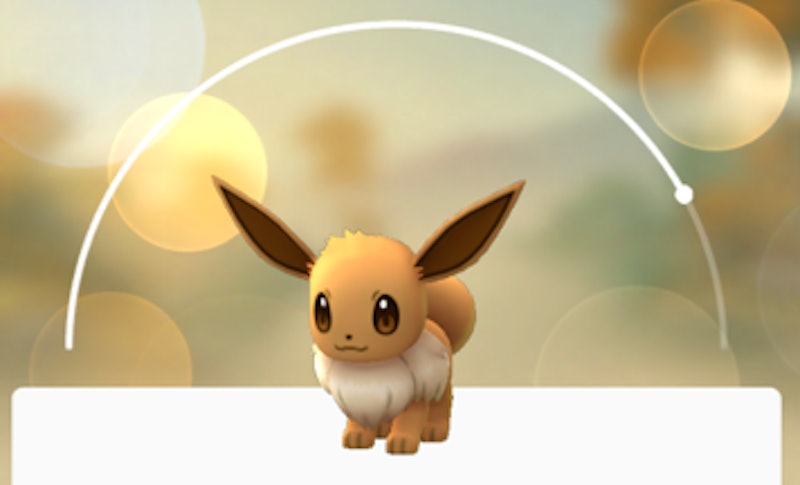 If you watched the original Pokémon show, you may vaguely remember the episode "The Battling Eevee Brothers" about... well, battling Eevee brothers. The three eldest brothers each had an evolved form of Eevee, with corresponding names (and hairstyles) to their chosen Pokémon. Sparky had a Jolteon, Rainer had a Vaporeon, and Pyro had a Flareon. You're following this, right?

Now, you could role the dice when it comes to evolving your Eevee if you'd rather have fate determine which evolutionary form it'll end up. However, during a panel at San Diego Comic Con Niantic CEO John Hanke confirmed an Eevee evolution Easter Egg. That is, if you want to control your Eevee's evolution, you want to give it the nickname of the corresponding Eevee brother. So once again, for those in the back:

Child's play, right? All you really have to do is either nickname your Pokémon upon catching it, or when you're ready to evolve your strongest Eevee, nicknaming it then. Simple.

Of course, this doesn't mean you're exempt from catching a whole ton of Eevees to evolve your Pokémon in the first place. As of right now, "Pokemon Go" doesn't really utilize evolution stones like they did in the good old days (otherwise we wouldn't need to have this discussion), so you just have to stick to gathering candies. Remember, it takes 25 Eevee candies to evolve the little critter, and, if you're planning on getting all three of them, well, it's going to take some time. This shouldn't be a challenge if you live in an Eevee-rich suburb, but for those of us in the bird-and-rat laden cities... let's just say maybe now's a good time to go visit mom and dad.

Other than that, you should have an easy time maximizing your Eevee evolutions. That is, until further Niantic game updates start to pad on Eevee's other six evolutions from Gen 2 and beyond. No amount of nicknaming will help you at that point, but for now, enjoy the hunt for Vaporeon, Jolteon and Flareon. At least you'll be able to catch them all.