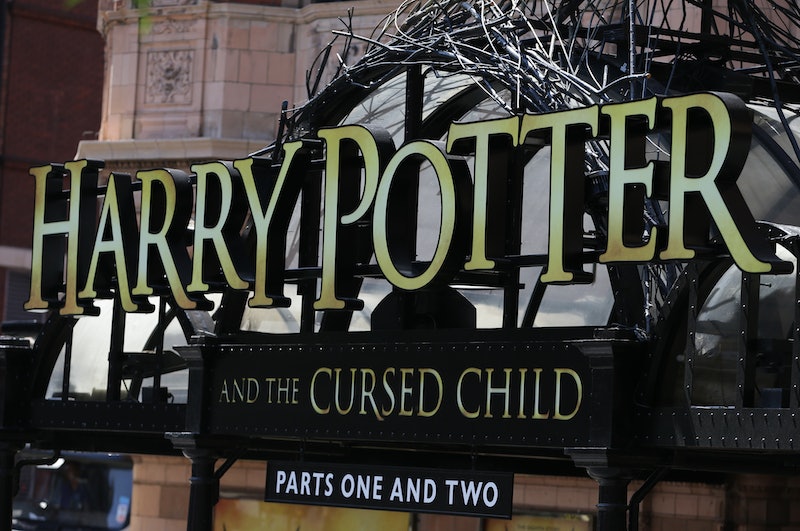 There was never any doubt that the script of Harry Potter and the Cursed Child was going to be a popular buy, but "popular" might be an understatement. Both Amazon and Barnes and Noble report Harry Potter and the Cursed Child as their number one bestseller — and that's while the book is still only available for pre-order. I can only imagine how fast the book will fly off the shelves once it actually, you know, gets on them.

The play Harry Potter and the Cursed Child , which is a two part show that more or less functions as an eighth installment in the Harry Potter series, opens in London on July 30 of this year. And because it's probably not possible for most of the Potter fans around the world to make their way to a London theater in order to see it, the script will be released on July 31 — also known as Harry's birthday. Thought really, it's more like a present for the rest of us.

Despite the fact that the book isn't out yet, it's already selling like hotcakes — or, maybe even more to the point, like a Harry Potter book (albeit not one technically written by JK Rowling herself). Both Barnes and Noble and Amazon say it tops their bestseller lists for the moment.

It's like we're all young adults again. In fact, bookstores are even once again planning release parties for the new book. If that's not enough to make you nostalgic, I don't know what is.

So will Harry Potter once again be the bestselling book of the year? It's impossible to say yet — we are only in July after all — but it's highly possible given that there is no breakout bestseller in 2016 so far to beat. Although Me Before You by Jojo Moyes seems to be the most popular so far, it isn't that far ahead of the pack. And given that this is a Harry Potter book we're talking about, it's not unreasonable to assume it might blow everyone else away.

Such is the magic of Harry Potter. And it certainly it isn't done with us yet.