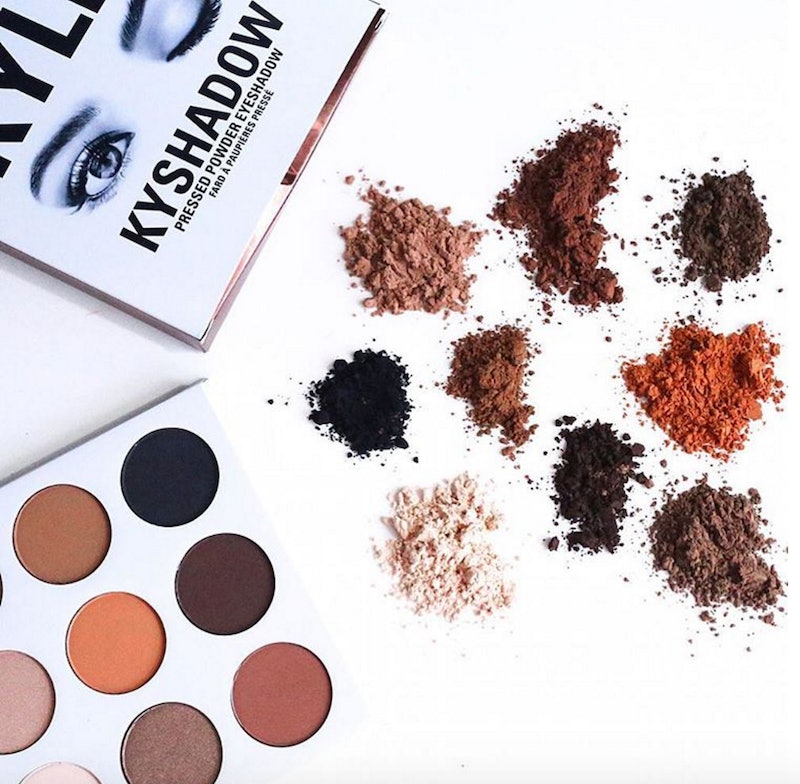 Kylie Jenner has officially made her first foray into eye makeup, and it's every bit as glorious as her ultra-popular Lip Kits. She announced the upcoming arrival of her new palette on her website and app, and it's quite covetable. Does the Bronze Kyshadow Palette come with a brush, though?

It's a fair question. After all, some similar products (ahem, Urban Decay's various Naked Palettes) have been known to come with brushes included — plus, her Lip Kits come fully equipped with both a liner and a liquid lipstick. What about the new Kyshadow palette, though? Is it similarly convenient?

Well, in this particular case, unfortunately not. There's no brush included this time around — but, who knows, there might be one included in one of the next two Kylie Cosmetics palettes! Plus, don't let it deter you from giving the product a try, once it officially releases on kyliecosmetics.com June 26th at 3 p.m. PST — it's still an absolutely gorgeous new palette, designed with Kylie's signature panache, and it includes everything from darker liner shades, to incandescent highlight shades, to an unexpectedly chic orange, which adds a nice extra layer of dimension to the overall look.

Brush or not, if you're a fan of Kylie Jenner (and her rapidly growing cosmetics empire), it's definitely worth a glance.

Kylie revealed that she's secretly been wearing the new shadows for months now — and if you take a look at her past appearances and social media posts, you can see that she and her makeup artist Arial Tejada have created some truly beautiful makeup looks using the palette.

So, what do you think? Will you be nabbing the new palette as soon as it comes out?