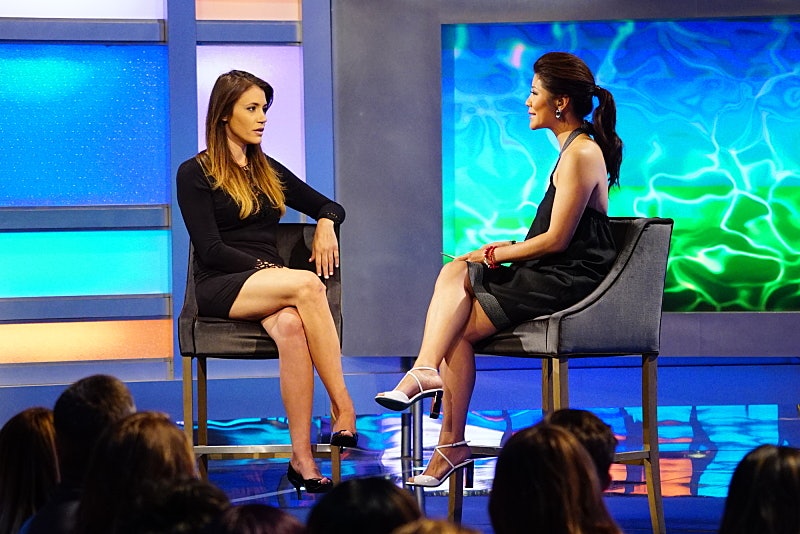 No matter what criticisms can be lobbed against the Rousso sisters, there is no denying that they both worked hard to try and win Big Brother. Tiffany's eviction from Big Brother 18 wasn't much of a surprise to anyone, but she managed to fight until the bitter end. Unfortunately, many houseguests didn't give her much of a chance from the very beginning due to the fact that Tiffany is Vanessa from Big Brother 17 's sister. In an email interview after her eviction, Tiffany tells Bustle, "I was prepared but I thought people would realize that I am my own person." While she managed to make a few alliances to get her as far as she could go in the game, she could never shake the fact that "others held onto preconceived notions that I would play like my sister."

When asked if she believes she was treated the same way as the former houseguest sibling in the house, Paulie Calafiore (brother of BB16's Cody) or if there was a double standard, Tiffany chooses the latter. She says there was "definitely a double standard, but expected… while Cody played a strong social game, Vanessa, in my opinion, is a stronger player overall and that put a bigger target on my back." Vanessa's strengths may have become a weakness for Tiffany, but in the end, she proved she was just as formidable a competitor as her sister. Unfortunately, being as good as Vanessa is an easy way to get evicted.

Still, Vanessa did try to help her sister before Big Brother 18 started, as Tiffany says that she got some advice from her sister. She says that Vanessa told her to "try to align with strong but loyal competitors. And to try to have a connection individually with everyone in the house – having one-on-one conversations can be influential." Tiffany believes that those private conversations were her strong suit, and she's right, as such talks managed to help her align with Frank after publicly calling him out and begin to turn the house against Da'Vonne.

But at the end of the day, Tiffany's loyalty — a key part of her strategy — didn't carry enough weight to keep her in the house, which she thinks is partially due to it being so different from Vanessa's game play. Tiffany explains:

"I think for the cards I was dealt, and the way people viewed me in the house, it was hard for them to see I was a loyal person. They thought I’d be calculated and not true to my alliances. Trying to prove my loyalty didn’t do much for me in the beginning of this game – it looked like people would believe what they wanted to about me. Frank was the only one that could see I was different than my sister."

Tiffany's odds were against her from the very beginning of the game, and despite her chips being down, she managed to play an impressive game. Future Big Brother contestants should hope now that there isn't a third sister that could come in and rule the game because if Tiffany and Vanessa proved anything, it's that the Roussos were born to play Big Brother.