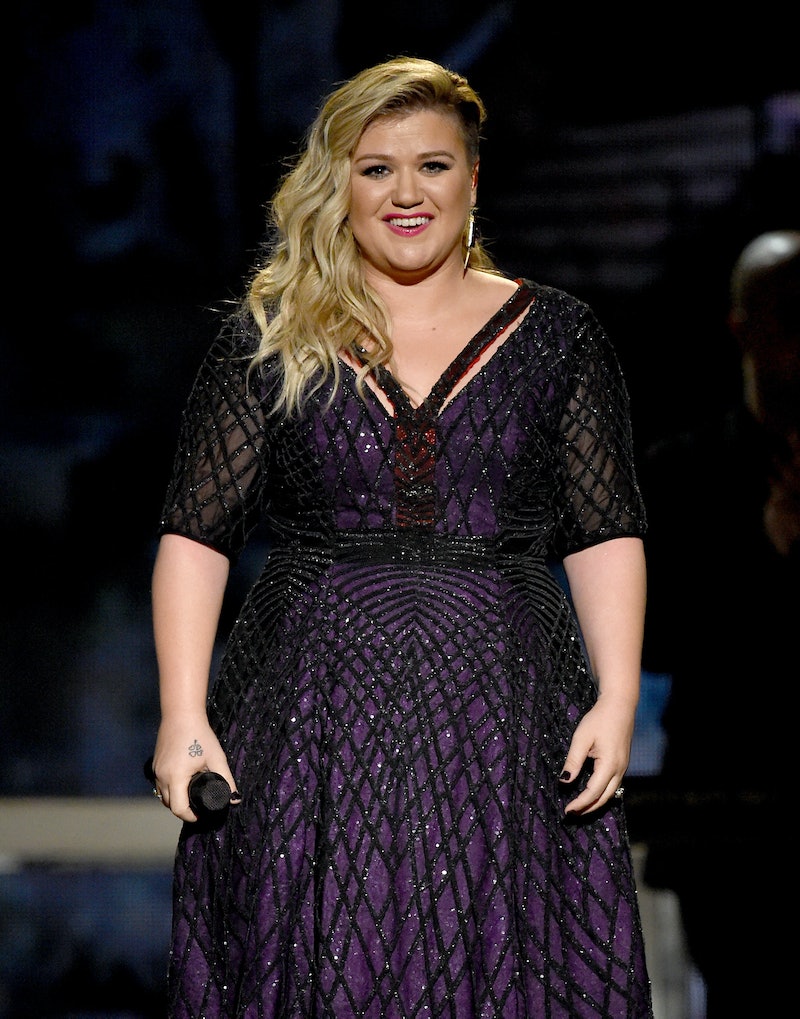 Kelly Clarkson is back at it again with the mic drop, this time giving the perfect response to some ridiculous criticism regarding Michelle Obama's speech at the Democratic National Convention. Nearing the close of the first night of the DNC, the FLOTUS gave an enthralling speech that hit all of the right notes. It solidified the Obamas' support of Democratic presidential nominee Hillary Clinton, addressed gender in politics, and touched on race (a subject, unfortunately, some people are still unwilling to confront). One Twitter user tried to suggest that Obama should have avoided that last subject entirely, but thankfully, Clarkson was able to swiftly put them in their place.

During her speech, Obama pointed out that the fact that she, as a black woman, could reside in the White House was a clear marker of the progress the country has made. Operating as the antitheses to Republican presidential nominee Donald Trump's doom-and-gloom speech, FLOTUS's talking points were filled with hope.

Said Obama: "I wake up every morning in a house that was built by slaves. And I watch my daughters, two beautiful, intelligent, black young women, playing with their dogs on the White House lawn." This was meant to serve as a reminder of how far we've come as a nation — the eight-year residency of a black First Family in a house built by slaves obviously says a lot about America's evolution on racial issues over the last 150 years.

Clarkson was rightfully celebrating Obama's speech on Twitter when one user stepped in, saying that they were "not sure [they] liked the part where she said the White House was built by slaves." Enter Clarkson's epic response:

Aside from being one hell of a burn, Clarkson's tweet speaks to a larger point: the tendency for some white people to deny that heinous acts have been and continue to be carried out against people of color, simply because it makes them uncomfortable. For Obama to sweep over history would be to deny what makes it even more incredible that she and her family have occupied the White House for nearly a decade. Just because something true makes someone "uncomfortable" doesn't mean we have the room to ignore its significance.

But by this morning, this was the only thing you could find if you searched for the user's critical tweet:

More like this
What Is Barack Obama’s Net Worth? He Makes *Way* More Now As An Ex-President
By Hugh McIntyre
How To Fight For Reproductive Rights, Based On How Much Time You Have
By Courtney Young
LGBT+ Men Fleeing Afghanistan Were Denied Asylum By The Home Office, New Findings Show
By Sam Ramsden
Harry Styles Called For "Backlash" In Powerful Statement On Abortion Rights
By El Hunt
Get Even More From Bustle — Sign Up For The Newsletter