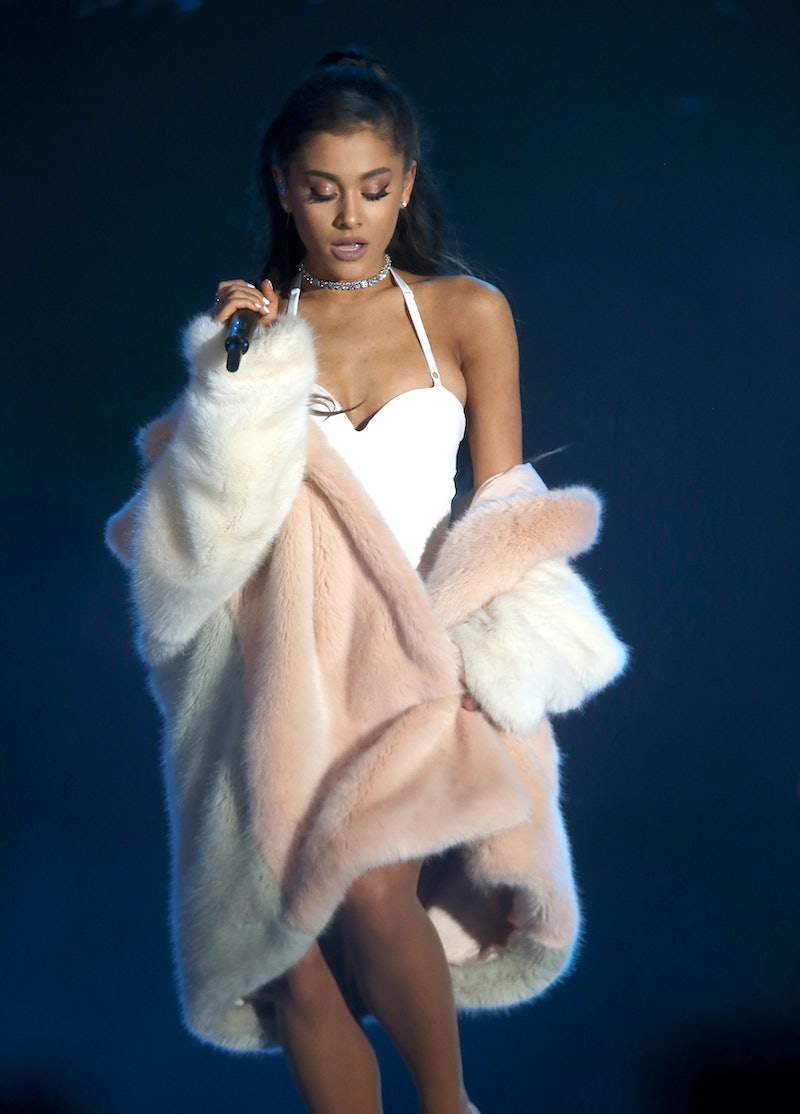 The 20,000 internal Democratic National Convention emails released by Wikileaks on Friday exposed the party's favoritism toward Hillary Clinton in the presidential primary, sowing political discord and chaos. Since then, DNC chair Debbie Wasserman Schultz has resigned, the FBI is investigating the hack, Bernie Sanders' supporters protested at the convention, and Nate Silver predicted the scariest thing of all: a Trump presidency. The leaked emails are a clear indication of internal party politics and secrets, but they also show us how big donors are given preferential treatment and, interestingly enough, what the Democratic National Committee thinks about Ariana Grande.

Thanks to the leak, the DNC may have inadvertently alienated another potential voter: Grande. The email stockpile included one particular exchange about whether Grande should perform at a DNC event. It looks like Grande's doughnut incident (or Doughnut Gate, if you will) was enough to inspire doubt in members about whether she was a suitable choice.

According to The Chicago Tribune, the DNC was specifically worried about Grande's comments captured in the video — "I hate Americans. I hate America," she said in the notorious video, posted on TMZ back in July 2015. An email sent by DNC committee member Kevin Snowden asked other members about Grande potentially performing. Simply put, the reply back was "Nope, sorry."

The arsenal of emails also include extensive communications and discussions that show the Party's efforts in wooing contributors and rewarding big donors. As reported by The Chicago Tribune, email attachments clearly show the benefits given to different tiers of donors to the DNC — ranging from $66,800 to $467,600.

The rewards reaped by big donors encapsulate quite a few privileges. In a document titled "2016 Convention Packages," top-tier donors were promised VIP treatment in Philadelphia during the convention. This includes all the trimmings: booking at a premier hotel, free tickets to big convention events, and six tickets to an "exclusive VIP party," reported The Chicago Tribune.

The Washington Post, trawling through the trove of emails, found similar instances of wooing in order to push for big money as November draws closer. As reported by Matea Gold, the emails give us a glimpse of how donors and their contributions are negotiated — by dangling the grand carrot. In the case of Tennessee donor Roy Cockrum, that grand carrot happened to be President Obama himself. According to The Post, Cockrum paid an additional $33,400, and in return, he got to attend a roundtable discussion with the president, emails from May suggest.

These exchanges prompt larger questions of both legal and ethical dilemmas, but more importantly, they could have serious implications in how the Democratic platform and narrative are viewed. The reveal of a clear bias toward Clinton, underpinned by secrecy and outward denial by the DNC before now, has been exposed, and has prompted antagonism within Democrats, even though Sanders has wholeheartedly embraced Clinton. But it's worth wondering whether the overall atmosphere of secrets surrounding the DNC and their questionable tactics in approaching the convention and election could serve to further alienate an already disunited group: the Bernie or Bust voters.

While Grande wasn't at the DNC, Monday's events were still pretty star-studded. Demi Lovato opened up about mental illness and how a Clinton presidency would help support much-needed healthcare, while Eva Longoria explicitly called out Trump for his xenophobic comments.