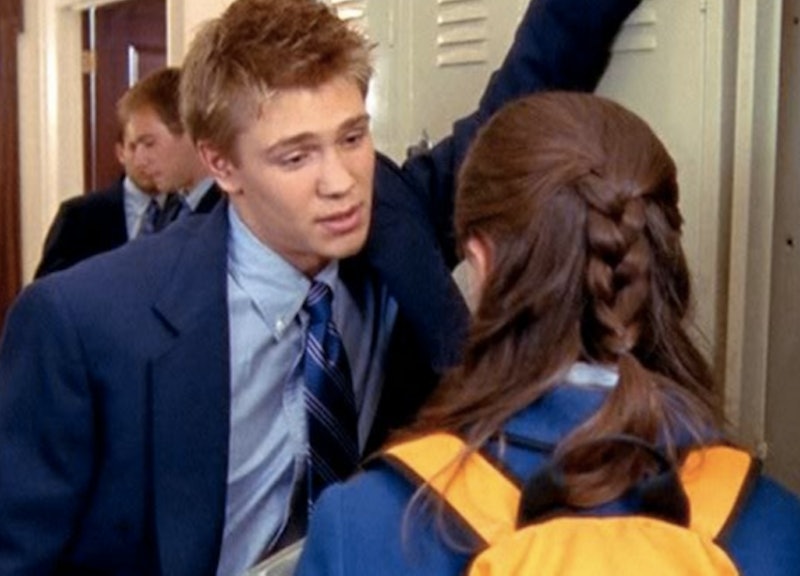 As an avid One Tree Hill fan, it goes without saying that I think Chad Michael Murray is a god. His onscreen persona in One Tree Hill (Lucas Scott) is always watchable and often lovable, and Murray's also starred in several of the greatest shows of all time. From his guest role in Season 5 of Dawson's Creek to his surprise appearance on Scream Queens, Murray has made some great career choices, and acted opposite some of my all time faves. And one such role that sits perfectly within his repertoire is his character Tristan on Gilmore Girls — even if the character is one of Chad Michael Murray's less lovable roles. That's right, I said it: Tristan was the worst of Rory's potential suitors on Gilmore Girls, and here's why.

Murray is easy on the eye, so it has to be said that Tristan in Gilmore Girls is pretty. No one can be blamed for finding that man attractive. Even when he's being incredibly obnoxious or rude or both, he still somehow manages to seem charming. But, despite these positive attributes (or because of them?) Tristan was most definitely the worst of the guys Rory was interested in, and some of the things he did were just despicable.

Perhaps the worst thing Tristan did was calling Rory "Mary" repeatedly. Apparently, girls often got called "Mary" at Chilton, and it was meant as an insult to insinuate they were virgins — not that that should be remotely shamed in any way. That Tristan continued to call Rory this while harassing her to go on a date with him places him extremely low at the bottom of the list of suitors suitable for a Gilmore. His casual harassment of Rory in the halls at school is a total red flag, and shows his character's true colors immediately. Plus, the fact that upon first seeing Rory in class, Tristan said loudly "looks like we've got ourselves a Mary" shows just how little class he has.

As if any further reasons why Tristan was the worst of Rory's suitors are needed, another major problem was the fact that Rory's friend Paris had a major crush on him, and he toyed with her emotions. Instead of making it clear that he liked Rory, Tristan took Paris out on a date. Getting in between friends is never, ever a good idea, and Tristan really should've known better.

Finally, Tristan just never tried hard enough. Rory could never tell if he was joking or not as he insisted on constantly being mean to her, even when he wanted to date her. If he'd made more of an effort, hadn't dated Paris, and had worked to convince Rory that he was serious, perhaps he would've been worthy of her. But he never did.

Despite all of his terrible qualities, a part of me still wishes that Murray was in the Gilmore Girls revival — perhaps to redeem Tristan?! But, alas, you can't have everything.