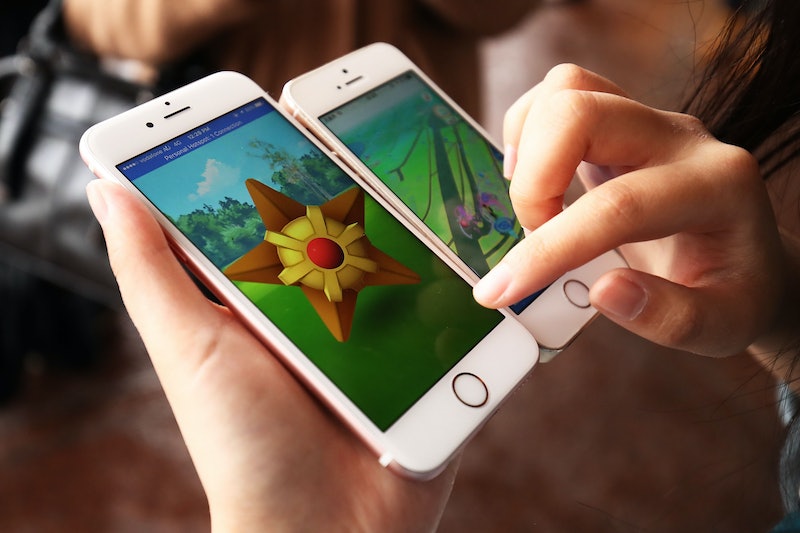 Just when you didn’t think these digital pocket monsters could dominate your summer/the media/your life anymore, it seems like we’ve just reached the absolute climax — because "Pokemon Go" narrated by David Attenborough is now very much a thing, and of course everyone is talking about it. If your little heart can take this complete nostalgia overload, then you should totally watch everyone’s favorite childhood nature program presenter talk his way through a Poke-battle, in his famously pithy narration style. Quite honestly, it's the nature documentary you didn't know you needed — and trust me: You definitely need it.

But in case you were wondering whether or not Attenborough has taken a hiatus from his role as a highly esteemed broadcaster and naturalist to offer his commentary on creatures that, er, don't actually exist IRL, I should probably let you know that the video is the product of some video genius over at the Lovin Dublin Facebook page. And whilst admittedly, I can never find the time myself to superimpose a celebrity voice over a funny video for comedy, I have great respect for those who do; indeed, the resulting effect of this one is a hilarious hybrid that you don't want to miss. Attenborough’s dry, British description of "Pokemon Go" game footage makes for some mega LOLs.

“It is of course, a bird, a red-tailed hawk,” Attenborough states in the video — a clip of audio which comes from The Life Of Birds and has been paired with footage of a player attempting to catch a Spearow.

“Bats, with their fluttering, zig-zag flights, are not easy targets," he says later as a player goes after a Zubat.

Imagine if the BBC actually commissioned an Attenborough-led Pokemon nature show? I feel with every fiber of my being that this could genuinely become a mega-hit, judging from the success of this video; after all, it has already amassed a whopping 3.7 million views on Facebook since it was uploaded on July 14. Watch it for yourself here:

The video is sure to add another element of entertainment to the game for super-eager "Pokemon Go" fans, many of whom have already exhausted all currently available avenues within the game (and who may be disappointed to learn that you can't actually win at playing "Pokemon Go.") However, the "Pokemon Go" panel at San Diego Comic-Con (SDCC) last weekend suggested that Niantic will be adding several new features in a "Pokemon Go" update eventually — which, we can probably safely say, will likely send everyone into complete Snorlax-fueled meltdown all over again. Buckle up, folks; this trend is showing no signs of slowing down — at least not until the weather sends everyone back indoors, anyway. And hey, at least thanks to Lovin Dublin, everyone can still get their Poke-fix while they're recovering from the summer heat, right?