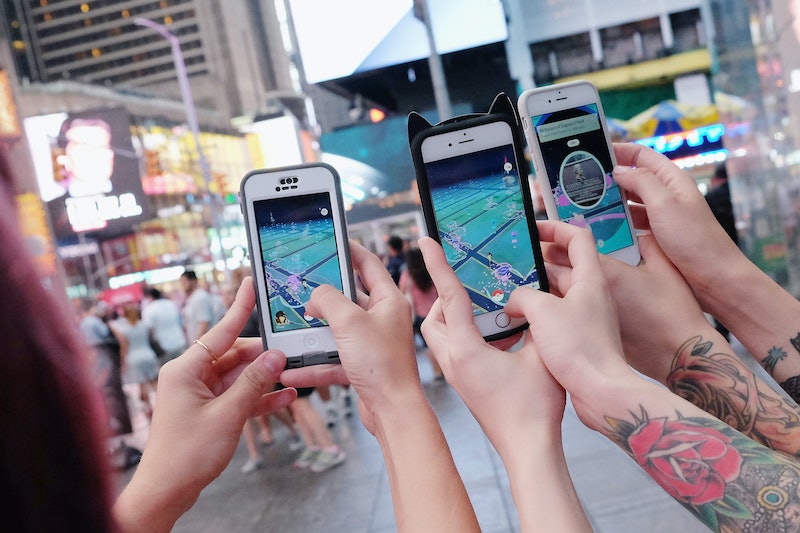 As seriously as some people are taking "Pokemon Go," at the end of the day, it is a video game. And like all games there exists a group of people who want to troll the crap out of it for amusement. In case you haven't gotten a first-hand look yourselves at what Karping is on "Pokemon Go," I am here to explain the amazing phenomenon sweeping the app. It's funny, frustrating, and induces severe head scratching: meaning it's absolutely trolling at its finest.

If you have been playing the game for the last two weeks, you should be familiar with the concept of Pokemon Gyms. It's a place for top ranked Pokemon to battle it out for a chance to be a local Gym Master. It's the reason why people are trying as best as they can to boost up their Pokemon's fighting abilities and evolve them left and right. The more powerful your Pokemon, the higher chance you'll have at unseating the current Gym Master. Knowing this, some "Pokemon Go" users have used this battle ground as troll-central. They use powerful Pokemon to beat those at the gym and place low-level Magikarp in their stead. That's it. All that effort for a moment of confusion when other players see a very weak Pokemon on that pedestal.

Magikarp are pretty weak compared to a lot of other "Pokemon Go" characters. It's appearance in a gym can be taken as a joke or a backhanded slight against the losing team. So far, Twitter and other social media outlets have shown the more fun side of Karping.

If you think about it — this might be Magikarp's only time in the spotlight. Why not reward him for a second. The Twitter user below knows the importance of emotional support.

But before you write off Magikarp completely, know that in its evolved form you can have a very powerful and rare Pokemon on your roster. As savvy Pokemasters will know, Magikarp evolves into Gyrados. You'll need over 400 Magikarp candies to do this — roughly translating to catching 100 Magikarp. But in the end it is totally worth it! Watch the video below on how this is done.

From a low-level Pokemon people often dismiss, to a very powerful evolved one in seconds. If you are willing to put in the time hanging out near watery areas to catch them, you can really bump up your team! Until then, you can just Karp at your heart's desire to hilarious results.

The video above is exactly what Karping is all about! Maybe the only this that can top it is Karping at Buckingham Palace.

I wonder if the Queen is happy about this? Either way, this is a fun trend that can only lead to more creative ways to get a laugh. Cannot wait!