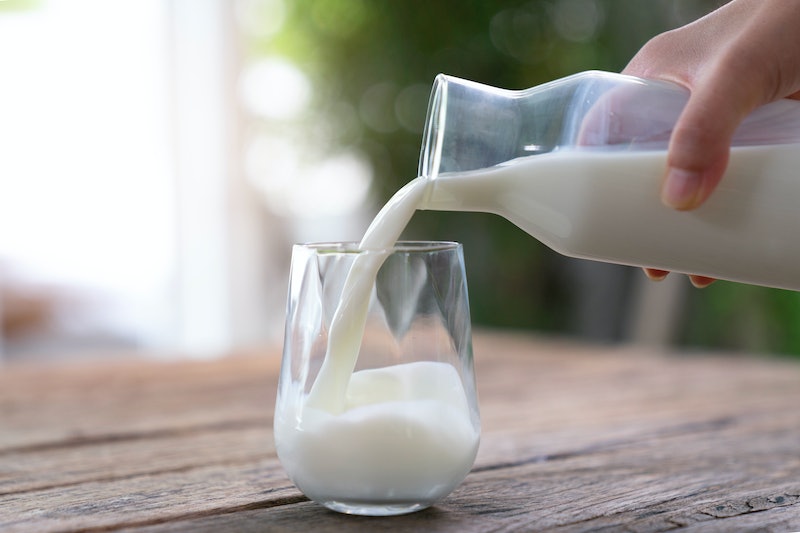 Deciding what protein shake to grab before a workout can be stressful; the market is flooded with brands claiming to deliver the most nourishment to replenish your tired body. Now scientists in India may have unlocked a secret nutritional goldmine and it hinges on the rather off-putting question: “What is cockroach milk?”

The pesky bug we usually think of as the scourge of our bathroom or kitchen floor may actually be a source of a protein more powerful and economical than whey, soy, or nuts combined. We've been hearing for a while that eating insects is the future of food, but this is slightly different. A species of Pacific beetle cockroach called the Diploptera Punctata has a unique ability that could make it of great value. The bug, which is native to the tropical Polynesian island forests, is the only known viviparous cockroach. Instead of laying eggs, it gives birth to live young. They also provide their offspring with a liquid full of proteins, fats, and sugars — yup, like humans (I’mma let that sink in real quick).

Inside an embryonic baby roach are undigested protein crystals distilled from the mother roach’s “milk.” New research suggests that these crystals have three times the energy of buffalo milk. The highly caloric substance could quite possibly be the nutritional motherlode. Scientists from Stem Cell Biology and Regenerative Medicine (inStem) were able to decipher the structure of these protein crystals, publishing their findings in the journal for the International Union of Crystallography, IUCRJ.

"The crystals are like a complete food — they have proteins, fats and sugars. If you look into the protein sequences, they have all the essential amino acids," Sanchari Banerjee, one of the paper’s lead authors, told The Times of India. The "fantastic" protein could be a literal lifesaver if scientists find a way to transform it into a high calorie nutritional supplement.

While the potential is huge, further research is needed to tell if these crystals are toxic to humans, reports The Washington Post. Biochemist and head of the project, Subramanian Ramaswamy, told The Washington Post that a colleague had eaten a few of the crystals on a dare after losing a drinking game, and thankfully the colleague is still around today. This bodes well for the crystal's toxicity and we can also determine that there ain't no party like a biochemist party because a biochemist party has roach milk crystals.

If the protein was to be engineered as a nutritional supplement it would most likely come from yeast. A protein made from yeast is better for the supplement's image then unborn roaches, confirmed Ramaswamy. A few more studies like this and I swear, one of these days I will put on my big girl pants and eat some healthful high protein cricket flour.