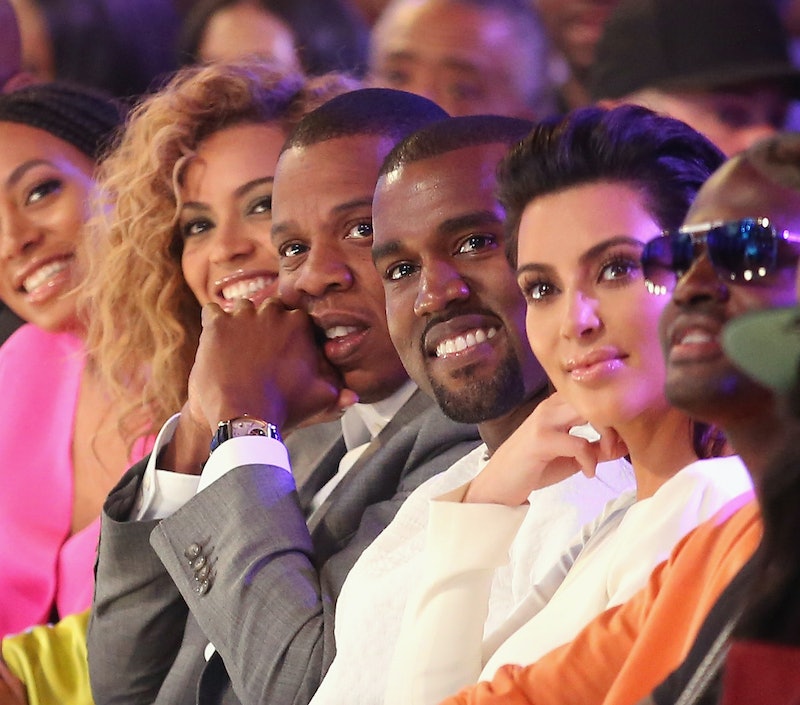 Considering both Kanye West and Beyoncé were nominated for MTV Video of the Year awards, the two biggest questions of the year are undoubtedly: who does Kanye think had the best music video of all time, and what does Kanye think of Beyoncé's "Formation" video? Celebrities from John Legend to Kendall Jenner, and even Red Lobster itself, tweeted about the VMA-nominated video when it came out in February, but West's reaction is more elusive.

Kanye has been known to vocally support artists he likes, making it clear which are his favorites of every year. In recent months, he's eschewed Twitter rants for endorsements, supporting Francis and the Lights' recent release, Vic Mensa's video, and Chance the Rapper's mixtape. He even expressed that fellow Video of the Year nominee Justin Bieber's "What Do You Mean" was his favorite song of the 2015. However, he has not so far posted or tweeted about "Formation," or even Lemonade in general.

In many ways, it makes sense that Kanye would be a fan of "Formation." It's full of high fashion, provocative imagery, and seemingly disparate elements working together — all things that West appreciates and incorporates into his own work. I would have at least though that he would have supported Bey wearing lots of Yeezy in the Lemonade special, but, again, we got silence.

It's very possible that West prefers to use his influence to support artists who wouldn't otherwise get as much attention, and basically everyone was talking about "Formation" when it was released. However, it's not like Bieber is a starving artist. I wonder if West felt hesitant to get behind an album that potenitally called out his friend Jay Z for allegedly cheating. While it's true that Jay Z himself seemed OK with the album, I wonder if West felt like promoting it would be disloyal.

Is it possible that West just didn't like "Formation" or Lemonade? Disliking "Formation" isn't really an option, but could Kanye be the rare exception? If so, will he interrupt Beyoncé at this year's VMAs in the same way he interrupted Taylor Swift when Beyoncé didn't win? It seems likely that "Formation" will win, but West seems to really believe in his provocative video for "Famous." What with this year's list of video nominees and the Kim/Taylor/Kanye drama, I think there will be even more drama than usual at this year's VMAs.