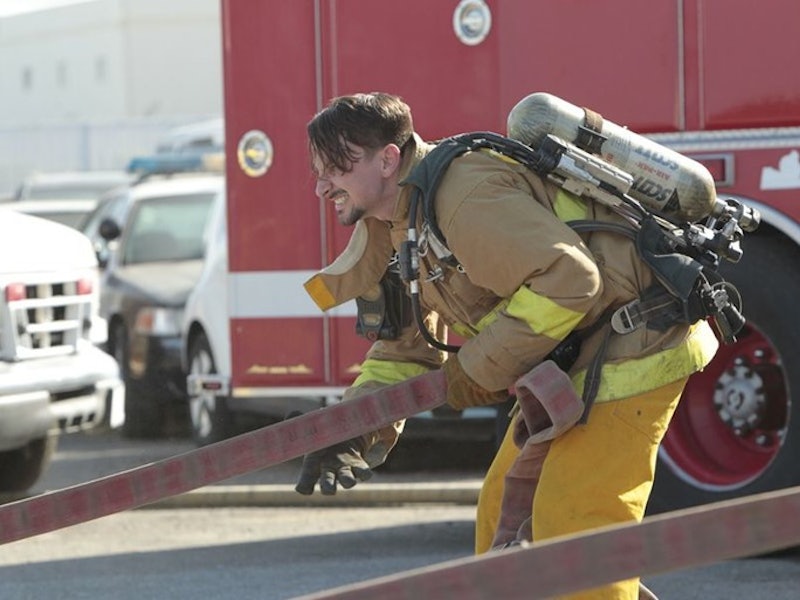 Even though The Bachelorette is supposed to be about finding true love, often a season becomes more about the drama and less about the actual romance. Season 12 proved to be no exception, especially considering the amount of animosity Chad brought to the table for the other suitors. With the exception of Daniel, no one got along with him, however, it was Chad's feud with Evan that took center stage across multiple episodes and proved to be one of the most hostile relationships on the show. So why did Chad and Evan hate each other on The Bachelorette ? Let's refresh our memories of this not-so-dynamic duo.

It all started during the theater group date when Evan used his allotted time on stage to personally attack Chad and accuse him of using steroids. (An accusation which Chad has since denied was true.) From there, things only continued to escalate when Chad, in a fit of anger, grabbed and ripped Evan's shirt when he was on the way back to his seat. Thankfully, no punches were ever actually thrown at each other (though the promos tried to indicate otherwise), but the confrontation continued throughout the remainder of Chad's stay. In fact, Evan even gave JoJo an ultimatum at one point, telling her that he would leave the show if she gave Chad a rose that week.

Of course, he proved to not be very steadfast with that threat after getting a rose from JoJo at the cocktail party, in the hopes that he would understand her dilemma in trying to sort everything out. But there was still a bubbling hatred between the two of them from then on. Evan even went to talk to Chris Harrison about the Chad situation during one of his visits, which did nothing to improve the "Chad Bear's" feelings toward him. But in the end, it was Alex who was responsible for Chad to be sent packing during their two-on-one date as soon as it was revealed that he'd made threatening remarks to Jordan.

So really, this season wasn't just about Chad feuding with one particular person, but rather the entire group of suitors. Sure, Evan may have lost the most from their numerous confrontations (Chad still hasn't reimbursed him for that V-neck he ripped BTW), but it became clear with time that Chad's worst enemy was himself. It was his actions that got him kicked off the show, and judging by the promo for Tuesday night's Men Tell All , he clearly hasn't learned from his mistakes. In fact, his feuding may have only just begun.