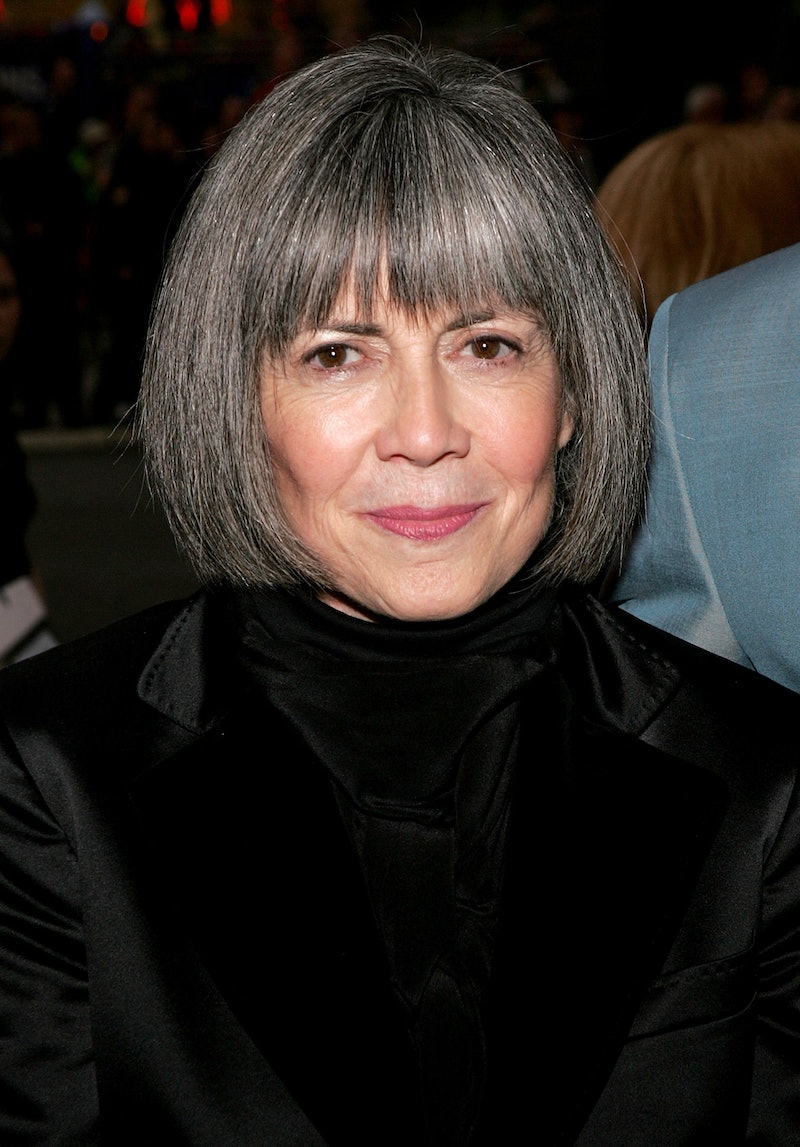 He's been dead, undead, and even a rockstar, but now the world's most famous vampire must tackle a new challenge. Anne Rice's new novel puts Lestat in Atlantis — yes, that Atlantis. For what, exactly, we'll have to wait until Prince Lestat and the Realms of Atlantis hits stores in November.

Prince Lestat and the Realms of Atlantis is the 12th novel in Rice's Vampire Chronicles. The author previously pronounced her gothic horror series complete with the publication of Blood Canticle in 2002. Twelve years later, Rice returned to the world of vampires with Prince Lestat. According to dreadcentral.com, Rice teased a sequel even before Prince Lestat was published, saying: "I am brimming with the ideas and stories which will become the next book of Lestat’s new adventures, likely to be entitled 'Blood Paradise.'"

It remains to be seen whether the Lost City of Atlantis will turn into a "blood paradise" once Lestat is done with it. An excerpt given to Entertainment Weekly appears to depict Lestat recalling his cryptic dreams of Atlantis, and talking about them with Amel, the ancient spirit fused to him. He wonders, "Would we have been better off if we had never discovered the meaning of what we saw?"

Pick up Anne Rice's new novel, Prince Lestat and the Realms of Atlantis, when it comes to a bookstore near you on November 29.

More like this
16 Novels That Paint A Realistic Portrait Of Abortion
By K.W. Colyard
'The Essex Serpent' Book Ending Is Quite Complicated
By Rachel Mantock
Candice Carty-Williams’ 'People Person' Tackles Daddy Issues With Warmth
By Sam Rogers
The 43 Best Mystery Books To Read Now
By Morgan Leigh Davies
Get Even More From Bustle — Sign Up For The Newsletter