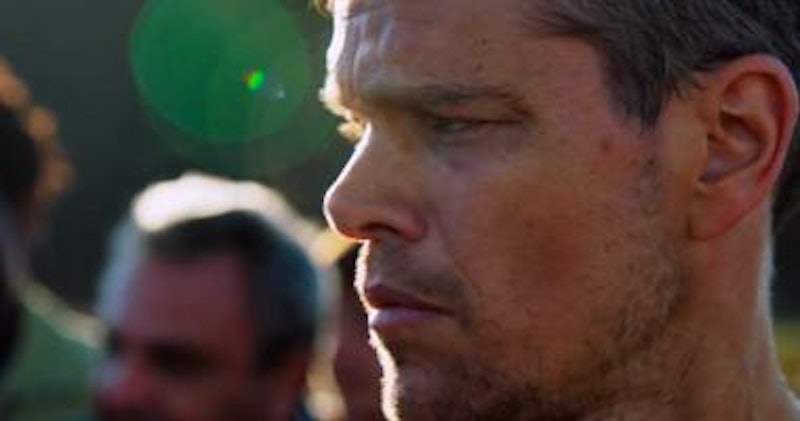 Matt Damon returns to the role of Jason Bourne after nearly a decade away to find a whole new world. In his new film, Jason Bourne, the CIA is no longer an agency built around having men in gray suits who speak a dozen languages and can handle a 9mm. In the age of Edward Snowden, the CIA is more interested in using the internet to track and observe people, and this aspect of the agency certainly comes into play in Jason Bourne via the new program Iron Hand. But just what is Iron Hand in Jason Bourne ?

In the new film, Iron Hand is described as the successor program to Treadstone. Treadstone was the program that created Jason Bourne, erasing his memories and turning him into a killing machine. And while the film uses some misdirection to make the audience think Iron Hand is a new type of super soldier program, it's actually something completely different — something that reflects the current priorities of the CIA. Simply put, Iron Hand is a surveillance program. A surveillance program that, if enacted, would give the government free reign over the private data of countless citizens. So how would the CIA go about doing such a thing?

In the film, the CIA is building Iron Hand around a deal with a social media giant called Deep Dream. It's hinted that the agency provided seed money for the social network, which has since become Facebook-sized and boasts a billion-and-a-half users. Given its wide reach, the CIA is now calling in a favor, wanting back-door entry past encryption; giving them access to all of those users' personal information. The codename for this scheme, of course, is Iron Hand. The current political climate doesn't necessitate the molding of super spies so much anymore as it does looking for ways to gain access to all of the information everyone already puts on the internet willingly. Iron Hand is basically everyone's worst fear about their increased online presence come to life, and it's what Jason Bourne wants to stop from happening in the new film.

Iron Hand may be the next Treadstone, but it shows a new side of the CIA's tactics. Learning to throw a punch is less important than learning to write code when it comes to today's covert operations, and Jason Bourne explores that reality.

More like this
Elizabeth Olsen Is Better Off Without Us
By Chloe Foussianes
Elizabeth Olsen's Chris Evans Friendship Update Was Accidentally Hilarious
By Grace Wehniainen
Wait, Did Wanda Die In 'Doctor Strange And The Multiverse Of Madness'?
By Arya Roshanian
Hayden Panettiere Will Return For 'Scream 6': "We F*cking Won, Scream Fam"
By Jack Irvin and Jake Viswanath
Get Even More From Bustle — Sign Up For The Newsletter