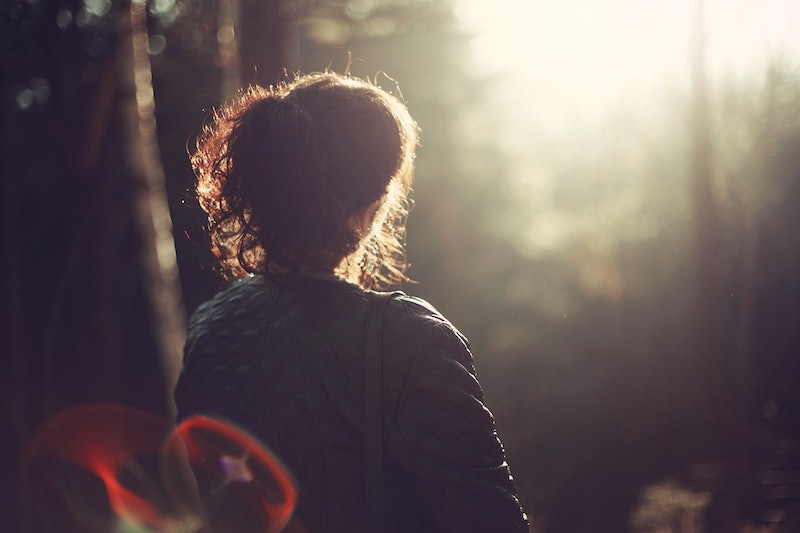 Changing habits built up over a lifetime unfortunately might not be as simple as promising yourself that you "can" or "will" do it; if it was, we'd all be healthier, or more successful, or richer, or whatever, right? But it turns out that practicing a particularly self-reflective simple trick might keep you motivated — and, in fact, it may be the answer to getting stuff done right. How many times have you affirmatively talked yourself into believing that you will alter your ways, only to feel super disappointed when it transpires that actually, you haven't followed through? Well, a study from a few years ago which has recently resurfaced courtesy of Pacific Standard challenges the traditional notion of talking yourself into doing something, suggesting that instead, it's the questions you ask yourself which may have a greater impact in facilitating a new behavior.

According to psychologist Ibrahim Senay, asking yourself "will I?", instead of the declarative "I will", is the most successful form of self-talk. Published in Psychological Science, the 2010 study had participants prepare to solve an anagram problem by thinking about whether they could work through it, and performed better than those who promised themselves that they would complete the task. Similarly, those who prepared by writing "will I?" did better than the others who wrote "I will." As Wray Herbert put it in Scientific American, the study's findings present something of a “willpower paradox" — that is, the idea that focusing directly on your goal is actually less effective than asking questions about how you might achieve it.

But why is this? Well, according to Pacific Standard, there's a lot of research out there which indicates that internal motivations are more effective than external ones (so, giving yourself a pat on the back for a job promotion, or silent words of encouragement in hard times might work better than rewarding yourself with food or material goods). This previous research is what encourage Senay to focus on questions that promote answers in our own heads as a method of analyzing the power of subconcscious, internal motivations.

Of course, there's also something important to keep in mind about this whole thing: Studies like these are attractive because we like to think that there really is a one-size-fits-all approach to psychology — that we're all hard-wired the same way, which therefore means that one simple trick will change the way all our brains operate. Unfortunately, though, that's not the case; indeed, it's impossible to know whether or not this motivational technique works for you until you put it into practice yourself.

But the idea is probably still worth trying. It draws upon the idea of "talking yourself out" of something or over-thinking a goal, which might resonate with many of us: The more you promise yourself that you're going to do something, the scarier and more overbearing it becomes. The prospect of completing it grows into a mammoth task because of the pressure you've put on yourself. So really, next time you want to change a personal habit or complete a big job, asking yourself a question rather ordering yourself to do it may come as a welcome change.