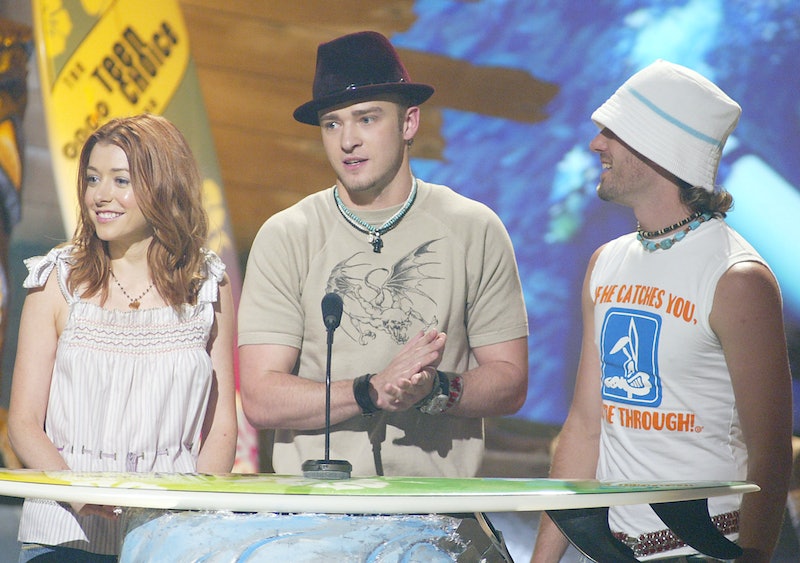 August is just around the corner, and you know what that means. The 2016 Teen Choice Awards are here, and they'll be airing live on Sunday, July 31 at 8 p.m. ET on FOX. Now that you've cast your vote, the only thing left to do is sit back, relax, and figure out how you're going to stream the 2016 Teen Choice Awards online, if you don't have a TV with access to FOX, that is.

Luckily, the network has made live streaming the event as easy and breezy as the summer should be. You can stream this year's Teen Choice Awards live on FOX.com or through the FOX NOW app, which is available on iOS, Android, Kindle Fire, and Apple TV devices, according to the network's website. However, you'll need to have log-in credentials for a participating TV provider to do so.

But even if you're not able to view the Teen Choice Awards live, you can still catch this year's ceremony later. It will be available to stream on demand on FOX.com and all FOX NOW apps after its original broadcast, the network's website says.

And there's a good reason why you should watch this year's telecast, even if you're not into what the youths of America enjoy these days. Get ready for your daily dose of nostalgia, aka the daily reminder that you're old.

Justin Timberlake will accept the Decade Award at the 2016 Teen Choice Awards, FOX announced ahead of the ceremony. He is being recognized for his "constant evolution as an artist over the last 10 years," as well as his achievements in music, TV, and film, according to the announcement.

Including his trophy, er, surfboard, for Choice Album as part of *NYSNC at the very first awards ceremony in 1999, Timberlake has won a total of 22 Teen Choice Awards, the most ever by a man, according to FOX. If you had any doubts about JT's qualifications to receive the Decade Award, that fact should erase all of them.

We'll surely be able to add Timberlake's acceptance speech for the Decade Award at Sunday night's ceremony to the list of his most memorable Teen Choice Awards appearances, which is even reason more to make sure you find a way to watch it. Enjoy perusing these amazing vintage Timberlake moments at Teen Choice Awards past while you do so.

That Time He Brought The House Down With Gloria Estefan

Timberlake helped me hear the music of my heart when he and the rest of the *NSYNC guys performed the happy tearjerker "Music of My Heart" with Gloria Estefan at the 1999 Teen Choice Awards. This performance features peak *NSYNC JT, locks of golden curls and all. Warning: You might find yourself screaming just like the audience does in the above clip.

That Time He Lost It During A Boy Band Parody

By the 2000 Teen Choice Awards, boy bands had basically invaded all parts of pop culture with parodies popping up faster than you could say, "Bye Bye Bye." So of course, the 2000 Teen Choice Awards had to put their own spin on the biggest thing in music at that time. Meet the Old-Town Boys, a boy band (or an old man band, really) that seemed to riff on everyone from Making the Band's O-Town to *NSYNC with the quintet lip-syncing and dancing to "It's Gonna Be Me," "Tearin' Up My Heart," and "Bye Bye Bye." You can tell Timberlake is loving it, jumping out of his seat to cheer with a huge smile on his face. If anyone has a good sense of humor, it's definitely JT.

That Time He & Britney Spears Made Us Giddy

Clearly, the 2000 Teen Choice Awards was a magical moment in time. Not only did we get a hilarious *NSYNC parody, but then-couple Timberlake and Britney Spears simultaneously accepted the awards for Choice Male Hottie and Choice Female Hottie, respectively. When they did, they both complimented the other's hotness and then almost kissed each other, before pulling away at the very last second. It was just enough to send my pre-pubescent heart a-flutter.

That Time He Got Into A "Fight" With Chris Kattan

For some reason, former Saturday Night Live cast member Chris Kattan pretended to be a member of *NSYNC at the 2001 Teen Choice Awards. He then proceeded to dance up on the group and then get into a bit of a physical altercation with Timberlake. But it was all a joke! Actually, watching how much Spears enjoyed the bit is really the best part of the clip.

That Time He Already (Sort Of) Won A Lifetime Achievement Award

I don't want to take anything away from Timberlake winning the Decade Award, but didn't he already kind of receive this honor back at the 2007 Teen Choice Awards when he was awarded the Ultimate Choice Award? The award recognizes the recipient's "contributions to the entertainment industry," E! News wrote of Selena Gomez receiving the honor at the 2014 ceremony. But I guess the main difference is the Decade Award means you've been slaying the entertainment game for 10 years or more.

Here's to seeing Timberlake receive the Score Award in 2026!