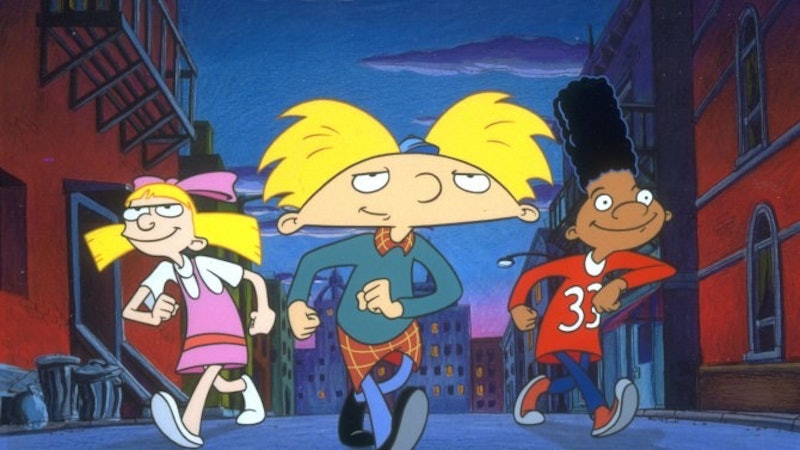 A decades-long mystery was put to rest once and for all at this year's Comic-Con: The last name of Arnold from Hey Arnold! has been officially revealed. (And no, it's not Fuhtbahled— but great guess!) Over the weekend, BuzzFeed sat down with Hey Arnold! creator Craig Bartlett at the San Diego pop culture convention to talk about the beloved Nickelodeon animated series' past, present, and future (heeeey, Jungle Movie ). And during said talk, he confirmed the show protagonist's full name (and whaddya know, the internet was right! *High-fives internet.*).

Yes, [his last name is Shortman]. That one has just become a fact, but we still are going to do a joke where he reveals his last name in The Jungle Movie — just to confirm it. [And] I think [Arnold’s middle name] should be Phillip. Arnold P. Shortman, after Phil, his grandpa.

There you have it. Just as many fans suspected, Arnold's full name is Arnold Phillip Shortman.

Well, I'll be gum sculpture hidden in the back of a closet.