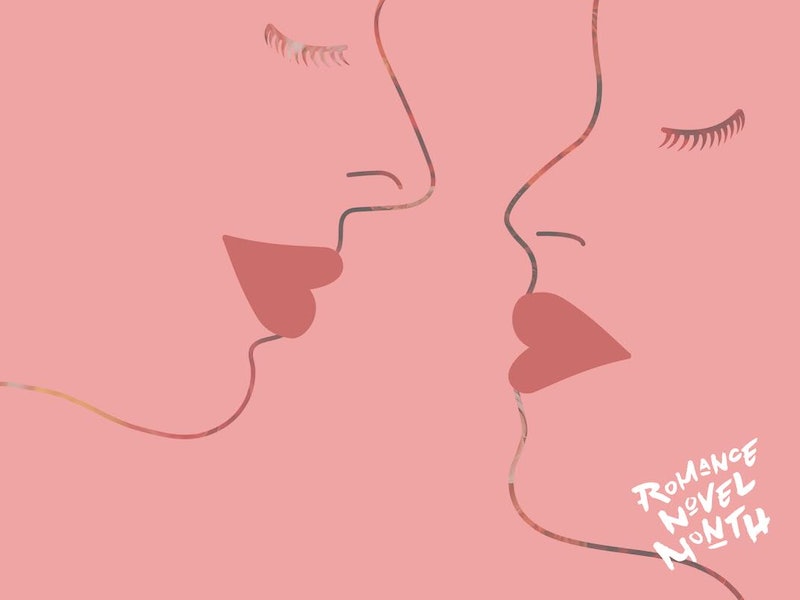 When I think about why Bustle's Romance Novel Month is necessary, I think about Hillary Clinton. As the first female presidential nominee for a major political party, Secretary Clinton has accomplished something that, for so long, seemed unattainable for women — even in fiction. Well, in most fiction.

In truth, romance novelists have been celebrating powerful women for decades. New York Times bestselling novelist Susan Elizabeth Phillips never thought a female president was a far-fetched idea. In 2000 — long before Veep's Selina Meyer took up residence in 1600 Pennsylvania Avenue — Phillips released First Lady, a romance novel about the widowed First Lady of the United States, a strong, determined young woman who goes on to become a senator and, ultimately, the president. Long before television and film were exploring the idea of a female Commander in Chief, a romance novelist quietly and thoughtfully created the dynamic female Head of State so many women had been craving. She made it clear that women can become President of the United States and fall in love, too; those ambitions aren't mutually exclusive.

Women can want it all. Women can have it all.

In fact, romance novels — which are often criticized as being "formulaic" — hinge upon just one certainty: a happily ever after, in all respects. Romance novels are, at their very cores, feminist works of literature with an emphasis on female power, female pleasure, and female success.

Like every other genre, romance has its share of good writing and bad writing. No genre is exempt from the problems that plague the publishing industry at large, but in no other genre are authors and readers as severely punished for those problems as in romance. For too long, the romance genre has been judged by the demerits of the worst of its novels, instead of the merits of its best.

It's no secret that book reviews have a very serious sexism problem: women read more books than men, but men write more reviews. This may perhaps explain why romance novels receive so little love in mainstream coverage of books, but it doesn't explain why so many non-romance authors, readers, and critics feel so comfortable openly and loudly proclaiming their disdain for the genre.

In April 2016, Curtis Sittenfeld provoked the ire of romance novelists and readers when she told The Telegraph that most romance novels are "badly written." In a twist too tasty to be fiction, Sittenfeld was promoting her own romance novel at the time: Eligible, a modern day retelling of Pride and Prejudice.

Sadly, Sittenfeld's attitude is not singular. In 2013, The New York Times Book Review published a feature titled "Naughty Bits," in which 15 novelist discussed writing and reading about sex.

Not a single romance novelist was featured.

In response, New York Times bestseller Sarah MacLean wrote a Letter To The Editor, chastising the editors for excluding the women who have built careers — and built an empire — writing about love and making love.

"It's by women, for women, edited by women," Quinn says. "In all walks of life, women's work never gains the same amount of respect as men's."

In the documentary Love Between The Covers, released earlier this summer and available to stream on iTunes and Amazon, Emmy-winning filmmaker Laurie Kahn explores that double standard and turns the spotlight upon the women of romance: the aspiring writers, the self-pubbers, and the veteran bestsellers — women like Beverly Jenkins, who revolutionized African-American romance; Mary Bly (pen name: Eloisa James), who writes historical romances in between courses at Fordham University, where she teaches Shakespearean literature; and Dr. Len Barot, who began writing lesbian romance novels while working full-time as a plastic surgeon.

"[The criticism of romance] is part of something much bigger," Laurie Kahn tells Bustle. "All these things that have connections to something domestic, emotional, female are thought to be lesser."

Throughout her film, Kahn thoughtfully dismantles the stereotype that romance novels are written by women who don't have what it takes to write literary fiction. In one particularly heart-wrenching scene, Mary Bly admits that her father and mother — a poet and short story writer, respectively — urged her to give up writing romance to write something more serious, something more like Tolstoy. Through Kahn's thoughtful profiles, the heart of the matter becomes very obvious: these women write romances because they love it, not because they lack the skills to write high-brow literature.

The romance novel is a revenue behemoth, and it rests entirely upon the shoulders of these passionate women — the women who write, edit, publish, publicize, and read these novels.

Erin Fry, the Editor & Publications Manager at the Romance Writers of America, tells Bustle that the romance genre has been generating a billion dollars per year for at least 15 years. In 2013 — the last year for which RWA has data — romance novels generated $1.08 billion in revenue. She believes these novels continue to sell so well because they provide an essential commodity, something American readers desperately want: happy endings.

"[Romance novels] bring hope. They bring optimism and enjoyment to people who read them," Fry says. "You know when you read a romance novel that love will win at the end. The couple who has struggled to be together will end up together at the end. That's the promise to the reader if you call something a romance novel — they will be able to close that book and come away uplifted."

Jane Austen, bestselling romance novelist, had strong opinions on the subject of reading, many of which she made evident in the first novel she completed: Northanger Abbey. In that story, her plucky, bookish heroine, Catherine Morland, presumes that her beloved, Henry Tilney, cannot possibly be the type to read novels because "gentlemen read better books."

Tilney responds with one of the finest literary comebacks of all time — one I encourage romance readers to shout with gusto when chided or spurned for their book selections. He tells Catherine, "The person, be it a gentleman or a lady, who has not pleasure in a good novel must be intolerably stupid."

Doesn't that just say it all?

More like this
Allie Rowbottom Will Have Her Feminism With A Side of Botox
By Samantha Leach
The 'Firefly Lane' Book Ending Teases Way More Tears To Come In 2023
By K.W. Colyard
Amanda Gorman Shared A Powerful Message On Meghan Markle’s Penultimate Podcast
By Darshita Goyal
'Bridgerton' S3 Teases Exciting Social Season For Penelope Featherington
By Bustle
Get Even More From Bustle — Sign Up For The Newsletter