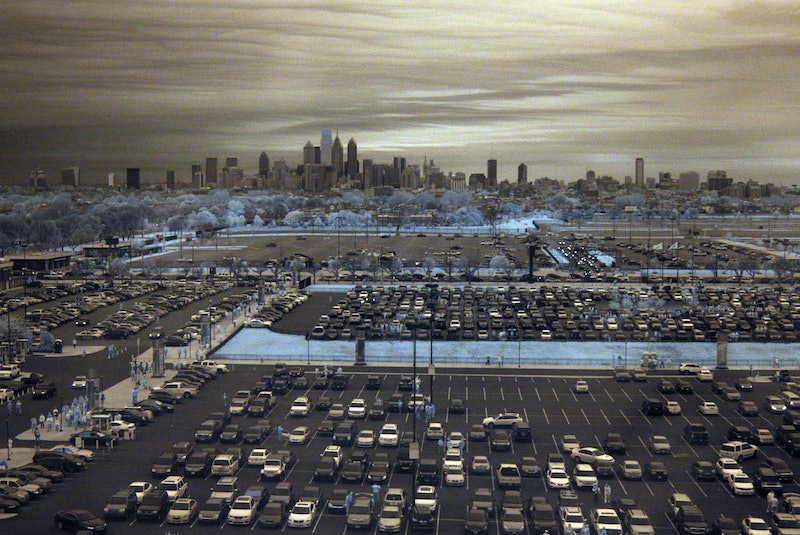 This week's Democratic National Convention in Philadelphia is a fitting backdrop to kick off the last leg of the presidential election for a number of reasons. Down the road from the little old building where this country was born, the Democratic party made history Tuesday night by nominating the first female presidential candidate of any major party. However, the most important reason Philadelphia has a special significance in this election is that Pennsylvania might end up deciding who the next president is. The 2016 election may come down to Pennsylvania, and the Keystone State could be the deciding factor in who will lead the country for the next four years.

According to the prediction on 270toWin.com, a political website that tracks electoral math and Congressional campaigns, there are about 408 electoral votes safely tied up, 217 for the Democrats and 191 for the Republicans. That leaves 130 undecided votes to be determined by 10 states — Nevada, Colorado, Iowa, Wisconsin, New Hampshire, Virginia, North Carolina, and the three big swing states, Ohio, Florida, and Pennsylvania.

Now from here on out, I'm using educated guesses to draw this conclusion, so take it with a grain of salt (I'm not a fortune teller, unfortunately). To me, Wisconsin, Colorado, and New Hampshire seem like locks for Hillary Clinton. Sen. Al Franken is giving Clinton a big boost in Wisconsin with his Midwest Values PAC, and the booming marijuana business in Colorado should take to Clinton's policy proposals. Plus, she has the benefit of Bernie Sanders campaigning for her in New Hampshire, so she should be able to take it on election night.

On the flip side, Nevada, Iowa, Virginia, and North Carolina seem like safe bets for Donald Trump and the Republicans. Despite Clinton's VP choice, Republicans have control over Virginia in terms of congressional districts, and she doesn't have a commanding lead in the polls. North Carolina has Clinton and Trump statistically tied in polls, but in the last 10 presidential elections, the state has only voted Democrat twice, so it's unlikely that it will happen this year. Recent polls have Trump and Clinton very close in Nevada, but Trump's business connections and his bizarre ability to court the Hispanic vote in Nevada might swing the state his way.

That leaves Ohio, Florida, and Pennsylvania. Ohio is split exactly down the middle in four recent polls, but the RNC might have been enough to sway that state toward Trump. Florida is a very tough call, but it should ultimately go to Clinton because of the Hispanic population. Plus, she's already using the state strategically — that's where she announced Tim Kaine as her running mate.

That leaves just Pennsylvania, the swing state to rule them all. The DNC might help enough to swing the vote, but Philadelphia is a small, vocal, overwhelming liberal fraction of the state. Clinton and Trump are very close, and it's most likely going to come down to the wire to see who will win this state, and therefore the election.

So what does this mean? Remember, at the beginning, I said take this with a grain of salt — it could mean absolutely nothing. There's no way to tell for sure what direction the election will take and how the math will play out.

What it does mean is that this election is really close, and if you live in any of these states that isn't locked up already, you have got to get out there and work for your preferred candidate. Being an active participant in this election is the best way to make sure it turns out the way you want.