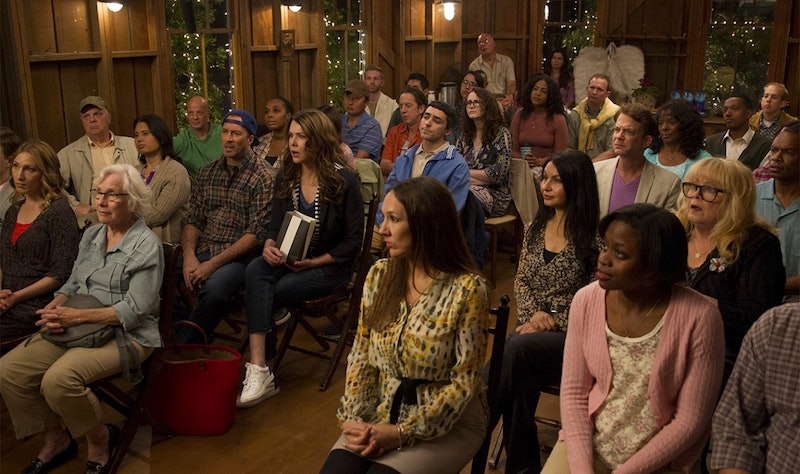 It's a great year for Gilmore Girls fans. In Oct. 2015, Netflix announced that it would be reviving Gilmore Girls for a new season, causing fans to immediately freak out about their future return to Stars Hollow. It certainly was a long time coming: hardly any fan expected the series, which bowed out in May of 2007, to get a second life nearly a decade after the show's finale. Now, dreams are coming true. Gilmore Girls will return with four 90-minute episodes named after the four seasons, which begin streaming on Netflix Nov. 25, 2016. Of course, that's amazing news (or, rather, the best news), but that doesn't mean we can't be a tiny bit selfish and ask if there will be more Gilmore Girls episodes in the future, once we've spent a full day watching the new Netflix season. Co-creator Amy Sherman Palladino has some news.

Though nothing has been confirmed about whether or not Netflix will include new episodes of Gilmore Girls any time after Nov. 25's initial streaming date, Sherman-Palladino did hint some news at the Television Critics Association summer press tour on Wednesday. When asked about about a possibility of more episodes, Sherman-Palladino got right to the point by saying: "This is what it is right now."

Obviously, that's heartbreaking news, but it might not be as devastating as it sounds. Sherman-Palladino suggests that the reason why there aren't any plans for the future of Gilmore Girls beyond this point is that, well, her and her husband Dan Palladino, Gilmore Girls producer, simply haven't planned for it:

When we left Gilmore, we left Gilmore. I moved to New York and bought more hats. There was no Netflix, so when Netflix popped up and decided to take over over night, we thought, 'What a great opportunity to delve into a different form... using beloved characters that we love... but in a completely different way.' There was no grand master plan. It was a way to get us all back together again.

We pitched exactly what we ended up with, which is four 90 minute chapters. In the old days there would have been no outlet for that.

OK, so maybe I'm naive, but these comments totally leave room for a new season of Gilmore Girls, right? The creators of the Netflix revival definitely aren't ruling anything out, only stating that they pitched this season of the show, and that the streaming platform gave this specific version the greenlight. Who knows what other genius, Gilmore-related projects are being cooked up in the minds of these TV makers right now? It could be another awesome season of Gilmore Girls — and, if not, hopefully something that Netflix, or another TV network, likes just as much.

Just like I won't give up hope of a Rory/Jess reunion, I'm keeping my fingers crossed for more episodes of Gilmore Girls.