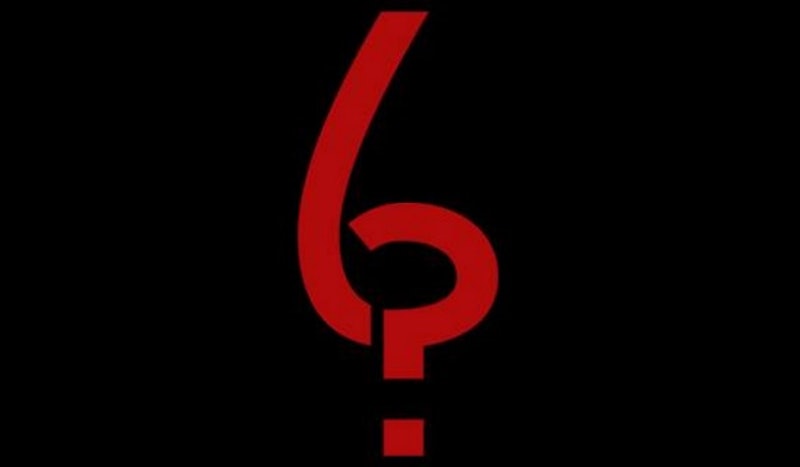 Ryan Murphy sure isn't making things easy for American Horror Story fans looking for clues about Season 6. That becomes ever clearer once you see Season 6's logo: a red number six intertwined with a question mark. Every American Horror Story Season 6 fact that's out there right now somehow still feels cryptic. And the latest teasers for the season continue to have people scratching their heads. The show released three short Snapchat trailers that give a little (very, very little) information about what this season will be about, but did give some clues about the location.

As Hypable reported, one AHS teaser showed a house in a corn field with black ominous smoke coming out of its chimney to perfectly form the season's logo. Listen and you'll hear a chainsaw and a woman's scream. Another teaser for the series, returning Sept. 14, reveals an extremely scary mobile that is covered in a knife, a sickle, a scythe, and other sharp farm tools that would certainly be too dangerous for your average baby. The last seconds depict a tiny mutant arm reaching for that knife before the logo pops up revealing that, when shown backwards, the question mark looks a whole lot like that sickle. The final teaser shows a staircase — a reoccurring theme throughout the anthology series — with children's hands reaching out to grab for anyone walking. The blood curdling scream of a woman is heard once again.

Murphy already said this season will involve children, and from the looks of these trailers, that's definitely still true. Now, it's clear it will also involve a farm, but how those two go together is still quite the mystery. Clearly, Murphy wants everyone to wait and see what Season 6 is all about — but, after these teasers, it's hard not to try and connect the dots, so that's what I'm going to do. Murphy's already said every season of the show is connected so from what is seen here, how could this season, which is clearly giving a Children Of The Corn/Texas Chainsaw Massacre vibe, be connected to the past five?

The first season of AHS was all about a creepy house and clearly, this new house has its own history. Of course, these teasers don't really give away what time period this is taking place in — this season, Murphy said, would take place in two time periods — which makes it unclear which characters could find themselves crossing into this new season. However, as Hypable pointed out, Comic-Con in San Diego may have hinted at this season's connection. FX reportedly allowed fans to be a part of a virtual reality AHS Season 6 teaser that placed them on a stretcher, and wheeled them through a lab filled with fetuses in jars. The focus on experiments gone wrong definitely fits with past themes — but none more than Season 2, Asylum.

Check out the opening scenes from that season, which took place at the fictional mental institution, Briarcliff Manor in 1964, and you'll notice that, like the Season 6 teaser, there is a dark basement, people crawling up stairs, and humans being used for experiments. The color scheme is pretty similar and it certainly looks like a place you'd keep fetus-filled jars, too. The website Zap2It also noted that at the AHS VR Experience, the White Nun from Asylum was back. She, crying tears of black sludge, was on display for all to see. Hard to believe this would be a coincidence from a show that is very protective of spoilers. Especially since The White Nun, which covered the Asylum poster, was the only item from season's past on display.

Could Murphy be giving us a look at the serial killer Bloody Face? Could Dr. James Arden be making house calls? Unfortunately, Murphy is likely going to make everyone wait for those answers. From the breadcrumbs he's leaving for fans though, it seems like it will be worth it.

More like this
How Marvel’s 'She-Hulk' Changes Her Comic Book Origin Story
By Brad Witter
The 'PLL: Original Sin' Season Finale Finally Revealed A’s Identity
By Alyssa Lapid and Kadin Burnett
Here’s Why 'Pretty Little Liars: Original Sin' Season 2 “Won’t Be The Same”
By Kadin Burnett
17 Years Ago, 'Hannah Montana' Reportedly Almost Cast This 'Gossip Girl' Star
By Grace Wehniainen
Get Even More From Bustle — Sign Up For The Newsletter