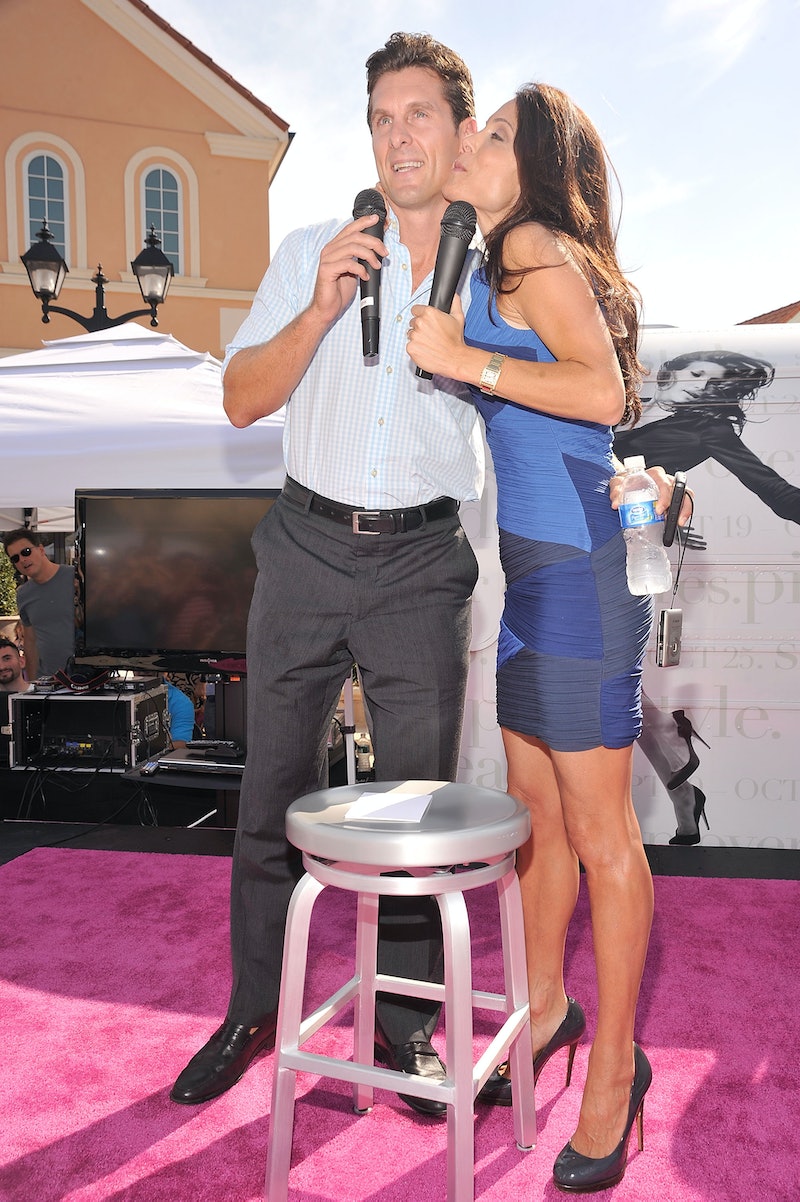 It's been awhile since Real Housewives of New York City star Bethenny Frankel's ex Jason Hoppy has been spotted or heard from. Yes, from time to time he's photographed by the paparazzi or releases statements through his attorney, but other than that, Hoppy's kind of been MIA. The only time anyone really hears about him is on Bravo or when Frankel brings him up. Now that Frankel and Hoppy are officially divorced (finally, it only took four years), you just might be wondering what has Jason Hoppy been doing post-divorce?

One thing that's for certain is that he's no longer living in Frankel's Tribeca apartment. Remember all that drama with the Skinnygirl mogul living in hotels and not being able to move back into their place after they split? It was quite the ordeal, but all that changed in July when Hoppy moved out. FYI, Frankel is planning on selling the apartment she first purchased in 2011. The reality star announced the news during her Sirius XM radio show, B Real With Bethenny. She said with much satisfaction,

"I walked in and it just washed over me. I sobbed for hours. It was like this release. And you always think things are going to be one way. I thought it was going to be like the biggest party ever, I’d be roller-skating through there with my top off, my t*ts hanging out, so excited, and there’s nothing good about any of it. It was all just remembering moving in there. It was a hideous experience, and I just didn’t know how to even process the feeling."

Regarding Hoppy's job, not much is known, but he may very well still be in the pharmaceutical rep game. Judging by what appears to be his LinkedIn page, Hoppy is, or was, an account executive at AbbVie, a pharmaceutical company. Seeing as further information isn't listed, nor have there been any recent updates, there's a good chance Hoppy is not with AbbVie or this was a past job he once held.

As for his personal life, in June 2015 he was spotted with a mystery woman, but other than that not much is known about his love life. Let's just say he certainly likes to keep a low profile.

The last time anything important about Hoppy came to light was in July after his divorce from Frankel was finalized. In a statement obtained by People, his lawyer, Bernard Clair, said, "Jason is thrilled that this chapter of his life is over; he is extremely pleased with the settlement that was reached. Jason looks forward to the future and enjoying that time privately with family, friends and most important to him, his daughter."

As for Frankel, her lawyer released the following statement about their divorce to E! News, "Out of respect for her privacy and the well-being of her daughter, Bethenny is declining to comment. We can confirm that the divorce has been resolved. Our client is ecstatic that this long chapter is over, and she is looking forward to moving on with her life."

I can only imagine Hoppy is doing the exact same.

More like this
‘RHOBH’ Newcomer Sheree Zampino Is Still Close To Ex-Husband Will Smith
By Brad Witter
Scott Disick’s First Time Around Kravis Was “Awkward,” To Say The Least
By Jake Viswanath
Kim Kardashian Joked That Her Wedding To Kris Humphries Was A “Gay Wedding”
By Jake Viswanath
Kourtney Kardashian Broke Her Engagement Ring & Cried In Her Closet For Hours
By Jake Viswanath
Get Even More From Bustle — Sign Up For The Newsletter