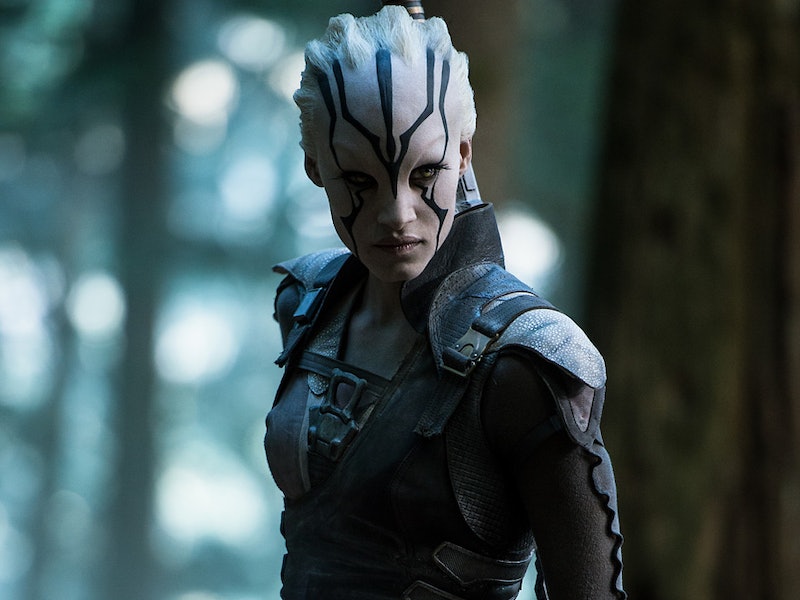 Star Trek Beyond is being hailed by many fans of the franchise as the best film in the rebooted Star Trek universe, and one of the big reasons why is the film's addition of badass alien Jaylah. The character, portrayed by Sofia Boutella, is the breakout star of the film, and basically everyone wants to see more of her. So with a fourth Star Trek movie already in the works, fans are definitely wondering if Jaylah will be in Star Trek 4 .

At this time, it's unknown if the character will be back for the sequel. In fact, not much is known at all about the next installment in the Star Trek franchise. The only cast members currently under contract for the film are Chris Pine (Kirk) and Zachary Quinto (Spock), and it's been announced that Chris Hemsworth will return to the series as Captain Kirk's father. It's assumed that other members of the main cast, like Zoe Saldana (Uhura), Jon Cho (Sulu), Karl Urban (Bones), and Simon Pegg (Scotty) will all return as well, but nothing is confirmed. You could put Boutella in this camp as well, since the end of Star Trek Beyond certainly leaves the door open for the character's return.

At the end of the movie, after helping defeat Krall, Jaylah is admitted to Starfleet Academy. This means she could potentially join the crew of the Enterprise once she goes through training, though the movie doesn't say for sure whether or not this will happen. This could be due to the filmmakers not being sure how well the character would be received, so they gave her an ending that could realistically result in her either becoming a franchise regular or never being seen again. As far as Boutella is concerned though, she hopes to come back. She told Bryan Alexander of USA Today in a recent interview, "I’d be excited to be a part of [Star Trek] again. I'm ready to jump on the next plane, no problem." However, she also disclosed in the same interview that her return to the franchise has not been discussed.

Even though there's no news concerning Jaylah returning for Star Trek 4, I'd be surprised if it doesn't happen. She's the most exciting addition to the franchise in years, and the Enterprise crew would be crazy to not want her on board.