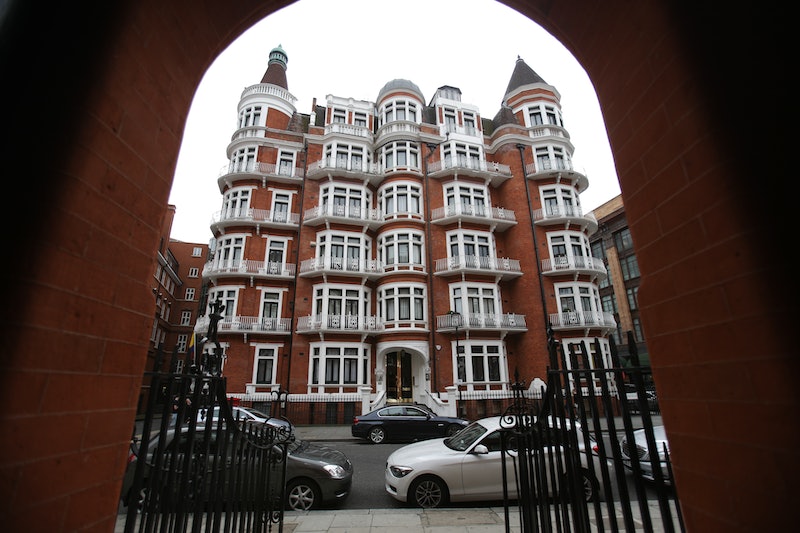 On Wednesday evening, smack in the middle of night three of the Democratic convention, Wikileaks published another set of DNC materials, this time in the form of voicemails. According to Reuters, Wikileaks has released 50 voicemail recordings from DNC members. This leak follows the massive trove of DNC emails released on Friday July 22n, which resulted in the resignation of the besieged Debbie Wasserman Schultz, former chairperson of the DNC.

The emails revealed a bias against former presidential candidate, Sen. Bernie Sanders, with some of the messages indicating a desire to use Sanders' faith as a way to alienate Southern voters. The revelations caused a great deal of chaos for the Democratic party and the DNC, and bolstered claims made by the Sanders campaign that the DNC was supporting Hillary Clinton. It also enraged Bernie Sanders supporters, with delegates staging a walkout after Clinton received the presidential nomination at the DNC on Tuesday. In a display of bipartisnaship at its best, Sen. Sanders made a high profile endorsement at the DNC for Clinton, saying that he was "with her."

The voicemails are from 29 phone calls, many of which contain complaints directed at the DNC, with direct appeal for the organization to interfere with Sen. Sanders' campaign. A portion from a transcript to one message reads, "He is getting way too much influence. I am on fixed income and I spent over $300 donated to Hillary, and what I see is the DNC bending over backwards for Bernie. And Bernie is the worst person in the world even to be running in a Democratic party because he is not a Democratic. Please don’t give into him."

The second DNC leak comes after Wikileaks founder Jullian Assange warned CNN that there would be "a lot more material" being released. Assange, an avowed opponent of Clinton, told British television host Robert Peston of the ITV network on June 12th, that while Trump was "completely unpredictable" he had a personal grievance with Clinton because of her support for Assange to be indicted for his leaks and involvement with the pro-transparency group.

He also said Clinton had “a long history of being a liberal war hawk, and we presume she is going to proceed.” The leak does not spell good for the convention theme of "unity," which has already had to deal with the ramifications from the first leak.