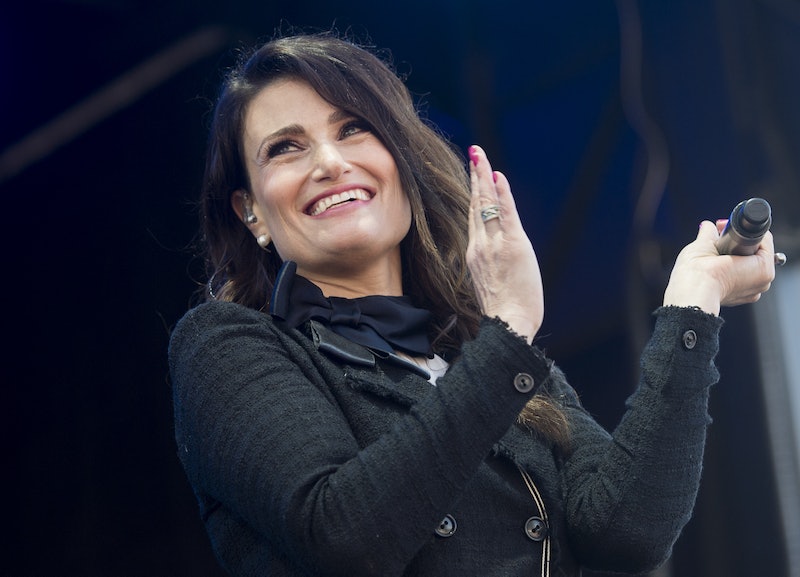 Idinia Menzel has just been cast in a remake of the '80s movie Beaches. If, like me, you remember sobbing your way through the Bette Midler version of this film at a sleepover with your besties way back, you'll be reaching for the tissues already. Before Nicholas Sparks was making people cry on the regular, Beaches was the go-to flick for profuse crying, and the perfect excuse to comfort eat your way through a bucket of popcorn. Idina Menzel will bring Beaches to a whole new audience, and remind the world why the '80s classic broke everyone's hearts the first time round.

Menzel is an incredibly accomplished singer, and has won several awards throughout her career, including a Tony for her performance in Wicked. It's easy to see why she's been cast in Bette Midler's role as CC in Beaches, and it'll be the perfect opportunity for Menzel to showcase her acting talent as well as her vocals. The singer will be rerecording one of the most memorable songs of all time, "Wind Beneath My Wings," and will also record some new music which will be featured in the new Lifetime movie. According to Deadline Hollywood, the Beaches remake will air in 2017, and it's being produced the people responsible for If I Stay and Crazy Stupid Love. Talk about dream team.

As most of you probably know, Beaches is the story of best friends CC and Hillary, who meet on the Venice Boardwalk and start a lifelong friendship together. Without spoiling the plot for anyone, the film is an incredibly emotional journey, and, with Menzel attached, it's time to start bulk buying tissues in preparation. The original was directed by filmmaker extraordinaire Garry Marshall, who sadly passed away in July 2016. Lifetime's decision to greenlight a remake of Beaches feels like a fitting tribute to the director.

In an interview with MSNBC in December 2014, Menzel said of her movie choices, "I love that I play all of these strong women. But they’re not just strong — they’re women who have a really deep vulnerability and need to go through a journey in order to harness their power.” This is absolutely true of Menzel's casting in Beaches, and the singer will bring a whole new audience to '80s classic. It'll be more than a little exciting seeing her take on the lead role in such an epic role.

More like this
Rita Ora Celebrates Finding Her "Fairytale" Ending With Taika Waititi
By Sophie McEvoy and Catharina Cheung
Everything You Need To Know About ‘Black Panther: Wakanda Forever’
By Bustle Editors
Christian Bale Sang With Taylor Swift & His Daughter Can't Believe It
By Radhika Menon
Dan Levy Appears In The Latest Teaser For The Weeknd's HBO Series, 'The Idol'
By Jake Viswanath
Get Even More From Bustle — Sign Up For The Newsletter