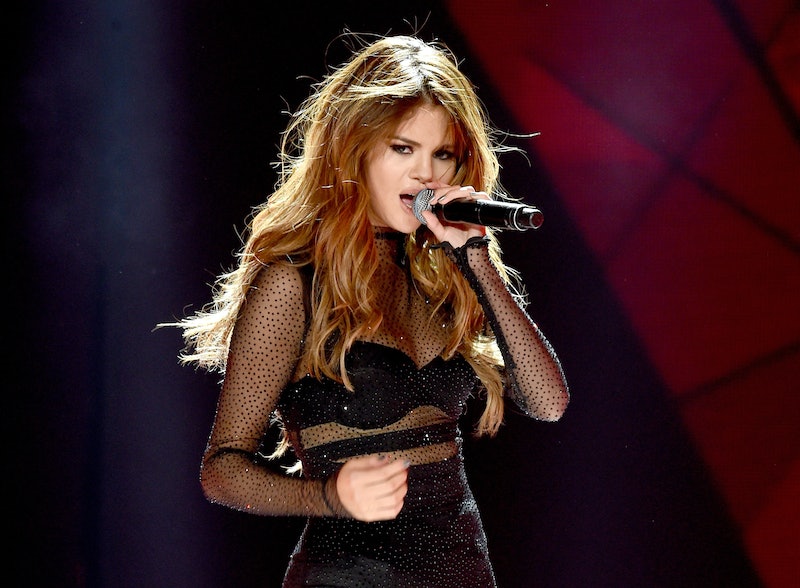 It's a pretty established fact that Selena Gomez is a mega, super pop star and her influence, especially on social media, is untouchable. If you thought the Kardashians were the queens of Instagram, think again. Gomez has the most followers on Instagram, and her fans (and people in general) are obviously interested in what she is doing day-to-day. Do you blame them? She's got a pretty sweet life. For those who want to follow her further, you might be wondering if Selena Gomez has Snapchat and, if so, what her Snapchat name is.

Well, lucky for all those curious eyes out there, Gomez jumped on the Snapchat train and has an account that she uses fairly often. Gomez's Snapchat name is selenagomez, which is perfect and straight-forward, so no one has a good reason to not be following her.

She's amassed such a huge following that she felt that she wanted to be a part of the social media world. In the March 2016 issue of W Magazine , Gomez shared,

"I'm utilizing social media right now because of my age and because, to be honest, everybody else in the world was talking about me, so I wanted a f*cking say ... I honestly had to, because I didn't really expect my life to be as public as it was. Is this going to destroy me or make me? I still have to make that choice on a daily basis."

Gomez added that she thinks she'll leave social media behind in a few years, but for the time being, she's still here and racking up followers on Instagram and Snapchat. Here are some of the Gomez Snapchats you're missing if you're not following her yet. Get on it!

Poking Fun At Her BFFs Outfits

I just took a trip down memory lane with this B2K hit. Remember them?

Going Out to Clubs With Her Friends

Messing Around With Her Dancers

Talking About Her Favorite Snap Filters

She's got good taste because that one makes everyone look amazing.

Flipping Her Hair And Feeling Good About It

We've all had that day when they lighting is just right and a snap is a must.

Giving A Tour Of The Coca-Cola Offices

Posing With Fans In Dog Filters

Seriously, "Work From Home" is so addictive.

Teasing One Of Her Unreleased Songs

When is "Feel Me" coming out officially? It sounds pretty good!

She might eventually get rid of her social media, so hurry up and lurk her while you can. (And while you're at it, be sure to add Bustle. We're @bustledotcom.