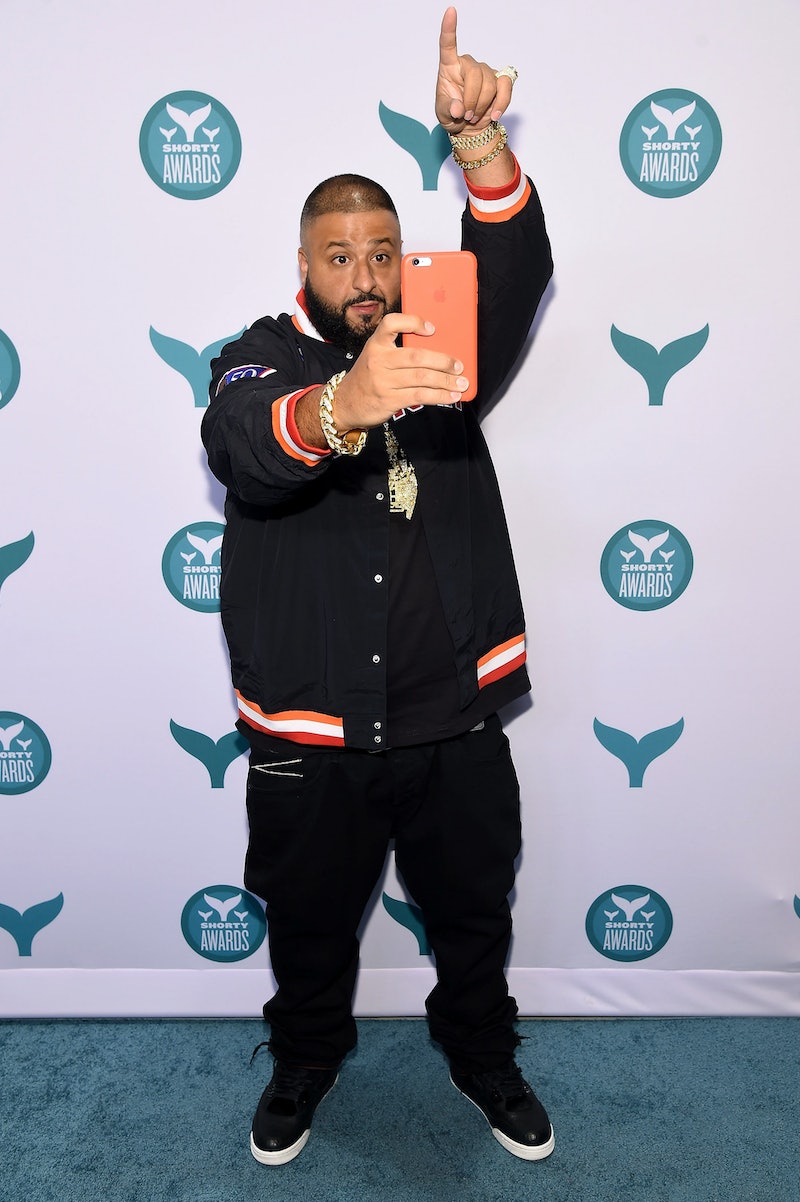 Even though the popular photo and video sharing app Snapchat was first released all the way back in September 2011, it seems like it hit a surge in popularity sometime in 2015, and it's only continuing to skyrocket as celebrities and normal people alike are snapping away, using those crazy face swaps and sharing snippets of their day with friends and loved ones. Even though more than 100 million people are using Snapchat every single day, it seems as if famous people are slowly joining the Snap bandwagon, giving quickly disappearing glimpses into their private lives for their thousands (or millions!) of fans, and it's totally exciting to see. Below are the best celebrities to follow on Snapchat... so far.

The great thing about Snapchat is that even though it's not a particularly new app, it seems to be hitting its stride with the constant launch of new features and exciting ways to share images and messages. In a way, right now is the best time to follow celebrities on Snapchat, because it's perhaps the only way to get an authentic, behind-the-scenes look at your favorite celeb's life. Sure, there are filters and editing techniques, but unlike other forms of social media, Snapchat still feels more spontaneous and casual than, say a tweet or an Insta shot. Here are the celebs who are totally rockin' their Snap game.

Chyna is a huge fan of documenting pretty much everything on the app, and it's actually pretty refreshing to see how normal her day-to-day life is. If you're a Rob Kardashian and Chyna shipper (or just want a glimpse at her baby bump in action), she's definitely one to follow.

If you're looking for a peek into the behind-the-scenes life of one of the world's most famous supermodels, you must follow Hadid. She travels the world chronicling her photo shoots and glam sessions, and it will give you major model envy. Trust.

Lovato is all about sharing glimpses of her both her professional life and her private life with boyfriend Wilmer Valderrama and their dog, Batman, but what's best about her account is watching her inspiring workout snaps. Girl absolutely crushes it in the gym on the regular, and it just might give you the workout motivation you need.

Stamos is awesome to follow because he shares really cool BTS moments, such as when he's on the road with the Beach Boys or doing press for Fuller House. Who wouldn't want to see a Jesse Katsopolis-Danny Tanner face swap? Plus, he's a fan of a well-placed selfie... and his fans are eternally grateful for that.

Teigen is pretty much a social media mogul at this point, and her Snapchat account is in the same vein as her hilarious Twitter musings and Instagram posts. She's not afraid to show the less-than-glamorous sides of her life, from cuts and bruises to breastfeeding woes. Plus, fans get awesome shots of her cooking her signature dishes pretty regularly. And who could hate on her penchant for face swaps?

The most-followed person on Instagram is equally necessary to follow on Snapchat, and the best part of Gomez's snaps are getting to see how much fun she's having these days. She's definitely busy with her Revival tour and acting career, but she makes sure to keep her fans updated. Plus, it's fun to see her killer beauty looks in action, too.

Aside from possibly having the best Snapchat username, Jonas is one to follow if you want glimpses into his amazing travels around the world. He hops from country to country like it ain't no thang, and documents it all for fans to see. I'm obsessed... and slightly envious.

Even though her sister Kylie currently holds the Snapchat crown, it seems like this Kardashian is coming for it quick. She's a relatively new user, but she's possibly the best one to follow. She documents everything from her wild Vegas girls' weekends to getting pulled over while driving, and she's another Snap to follow if you're looking for fitness inspo. Kardashian's workouts are nothing short of inspiring to be honest. Plus, she shares plenty of sweet moments with her three kids, which is too cute.

If their reality show and frequent social media postings simply aren't enough to satisfy your Kardashian cravings, then you simply must add Kim, who very recently caved and joined the app. My personal favorite reason to follow Kim on Snapchat, aside from the glamorous hair and makeup shots, backstage selfies, and cool celebrity events she attends, is the sweet moments she shares with her husband, Kanye West, and beautiful babies, North and Saint.

Richie on Snapchat pretty much confirms that there needs to be more Richie all the time, because girl is hilarious. She's still basically the same as from her Simple Life days of yore, except more grown up, and you might die laughing when watching her snaps.

Peck is honestly the reason I became obsessed with Snapchat — an early adopter of the app, he manages to do and say things in public that would make most people run and hide of sheer embarrassment, all in the name of a good snap. Calling him funny on Snapchat honestly feels like an insult, because he's truly too hilarious for words. Trust me: Add him ASAP.

If you're simply still not over Duff from her Lizzie McGuire days, you need to follow her on Snapchat to see her life as the coolest mom ever. She snaps everything from kid birthday parties to trips to the beach, and she loves to show off her two French bulldogs, Peaches and Beau, who are possibly the cutest dogs ever.

Benzo is an obsessive snapper, and I don't mind; she is so funny, I've nearly spit my coffee out more than a few times when checking out her story.

Handler is just as funny on Netflix as she is IRL, as evidenced by her often times ridiculous Snapchat story. She loves to show cool stuff like her staff meetings and moments with famous friends, and she's just as brash and funny in the app as she always is. She also sings a lot, even though she's not very good at it... which makes it all the better, to be honest.

In case you're still not over reality TV's favorite villain, you'll be comforted to know that he hasn't changed a bit. Pratt is a pretty obsessive Snapchat user, and loves to document everything from his daily jiu-jitsu classes to his undying love for his espresso machine. He also does a tabloid review in which he goes through each mag page by page giving his own brand of hysterical commentary. He simply loves to Snap, making him a perfect addition to your feed.

Sure, Trainor is becoming a major celebrity on her own, but it's totally fun to see her growing fame in action, especially as she completely "fangirls" out when meeting other celebs. If you're looking for awesome red carpet coverage and glam squad selfies, she's your girl to follow. Plus, your heart will totally melt when you see her cute moments with her dog, Biggie Trainor.

I have to admit, I have no idea how Khaled managed to become the undisputed Snapchat king, but I'm so very glad he did. He joined back in October 2015 and the world pretty much hasn't been the same since. He snaps literally everything, from cruising in his car listening to music, to backstage at awards shows and red carpet events, and I'm pretty much eternally grateful to have his snaps in my life. That's how good he is. #majorkey

If you've been reluctant to join Snapchat, I'm here to tell you that now is the time, because you're missing out on some pretty hilarious and amazing celebrity snaps, and who would actually choose to have that level of FOMO?