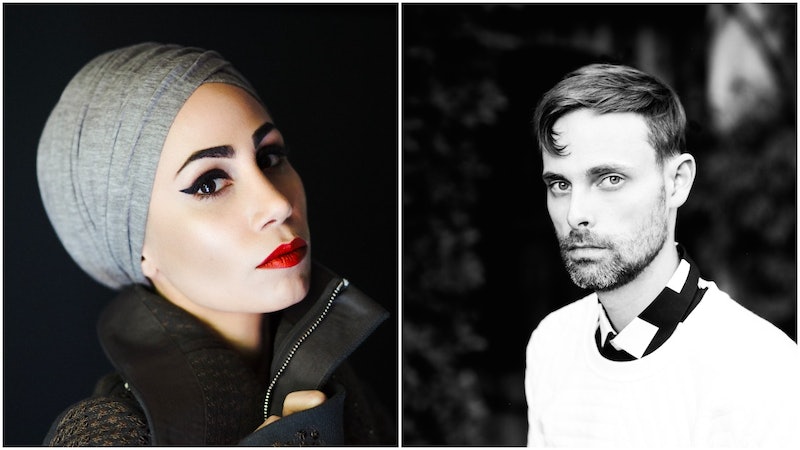 Get your books and wallets ready, YA fans. Young adult authors Tahereh Mafi and Ransom Riggs are going on tour together, so you can see and hear from two great writers for the price of one, beginning later this summer. Bustle is proud to exclusively reveal the dates for their forthcoming tour below, so keep reading, book nerds!

Tahereh Mafi is the author of the bestselling Shatter Me series for young adults, which she began in 2011. Her new book, Furthermore, hits store shelves on August 30.

Furthermore centers on Alice: an all-white girl born into a world where color and magic go hand-in-hand. In order to prove herself worthy and join her neighbors' fold, Alice must journey from her home in Ferenwood to a perilous place called Furthermore, aided only by her new friend, Oliver, who has magical abilities that are less than honest.

Ransom Riggs continues his Miss Peregrine series with Tales of the Peculiar. Neither sequel nor prequel, Tales of the Peculiar is a collection of fairytales set within the world of Riggs' series. These dark and grisly tales may not be entirely fictional, either. Publisher's copy indicates that they are "known to hide information about the peculiar world, including clues to the locations of time loops."

The book also features 10 incredible wood cut illustrations from Andrew Davidson. Davidson is the man behind the cover art for the adult-targeted Harry Potter re-releases in the U.K., as well as the art of Ted Hughes' The Iron Giant.

This is not the first time Mafi and Riggs have done a book tour together. The couple toured for Shatter Me and Miss Peregrine's Home for Peculiar Children in June 2013, just a few short months before they married in September. They've dubbed their upcoming engagement the OTP Tour, which just proves that book nerd love is eternal.

You can catch Tahereh Mafi and Ransom Riggs on tour together, beginning on August 30. The couples' joint book tour stops in seven major cities. Each stop will feature the authors in conversation with one another. Readers can get Furthermore-themed airbrush tattoos, door prizes, and more. Find out if the book tour is coming to a city near you by checking the list below, and share your thoughts online using the hashtag #OTPTour.