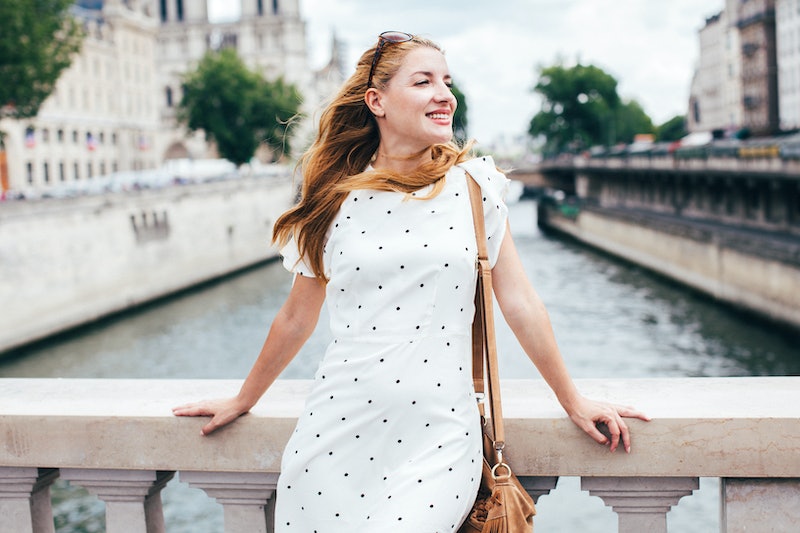 The most sexually free period of my life was between the ages of 24 and 25, when I was living in Buenos Aires. The story of how I ended up in a city that I honestly couldn’t have pointed out on a map is long, but can pretty much be summed up in one phrase: quarter life crisis. My post-college life wasn’t working out the way my college self thought it was going to (surprise!) and I decided to make a very, very major change. I bought a one-way ticket, booked four nights in a hostel, packed my bag, and left. And while Buenos Aires undoubtedly taught me many things, one of the biggest is that moving to a new country can dramatically improve your sex life.

I’m definitely not the only one who thinks so. Since September 2011, when I took that first flight, I’ve lived up and down the Americas and covered a decent swathe of Asia as well. Because I’m really open about sex (and because it’s my job to write about it), it’s a topic that comes with my fellow travelers all the time.

I’ve especially noticed that women feel particularly sexually liberated when they travel and live abroad. A study published in February 2015 in Tourism Management from researchers at the University of Florida and Ben-Gurion University in Israel found that women were more likely to be “sexual risk-takers” when traveling than they were at home. The reasons given in the in-depth interviews the researchers conducted with 34 women — that being away from home also means being away from gendered expectations around sex and also that anonymity makes it easier to be sexually free — completely backs what I’ve seen in myself and in my friends.

So I reached out to some of those friends and asked them: “How has moving to a new country improved your sex life?” Here’s what they shared with me.

1. You Realize That Sexual Norms Are Totally Relative

2. And So Is The Definition Of “Love”

“My favorite thing about Argentina at first was how dudes looked at ‘falling in love’ differently than us,” Adam, 29, says. “Like, it was totally possible to be in love and romantic for three nights in a row and then never speak to each other again.”

3. You’ll Sleep With People From Dramatically Different Backgrounds Than Yours

When I was living in Argentina, I dated a guy who was a professional clown. (No, this is not a joke.) That was his legit profession — and he also lived with his mom. When I told people back home those two things, they were like, “Emma, what are you doing?”

But in Argentina, being a clown and living with your parents in your early 20s are not things that are frowned upon they way they would be back home. It was cool to be exposed not only to that lifestyle but also to the idea that there’s a whole culture in which the norms that you assume are universal simply aren’t.

When you’re dating in a place that you’ll only be for a short time or where your lover will only be for a short time, you both know that the relationship has an expiration date on it. That takes off a lot of the pressure that people dating in places where they plan to live for a long time — places they’ll potentially start their families and raise their kids — feel at the start of any new relationship.“You meet cool people who are going to leave soon, so you can just have fun, with no pressure,” Allie says.

5. You Give Zero F*cks About Slut-Shaming

“If you’re on the move, you can be impervious to slut-shaming,” Allie says. “You don’t know anyone, and its impossible to get a ‘reputation.’”

There is something incredibly freeing about not only being far away from your own community and cultural baggage but also looking different and being different from the country and culture you’ve landed in. Especially as a woman, I can say that the mere fact of my very American body frees me from beauty standards in other countries has made me feel sexy as hell.

“You have a built-in arsenal of cute and endearing,” Adam says. “Everyone is Hugh Grant or Penelope Cruz when they travel.”

7. You’re Open To Trying New Things — Including In The Bedroom

One of the reasons we (and I’m talking about privileged people from Western countries in particular) move to new countries is because we’re looking for something new. In fact, I’d say that’s probably the biggest reason because, otherwise, why not just stay at home? That desire for newness and openness to trying new things often translates into an increased willingness to sleep with new people and try new sexual things.

8. You Have A Chance To Reinvent Yourself

“If you’re staying in the same place for a while, you can reinvent yourself!” Allie says. “If people knew you as shy or meek back home, but you wanna try out being wild, you can do that and no one will be confused.”

9. You Might Find Someone To Love — And Sleep With — For A Long Time

All of the people quoted here found love — true love — abroad. Lisa married an Argentine man who looks like a GQ model and took her last name; Allie’s spent the past few years with a lovely Belgian man she met in Rwanda; Chris did Paris the way only lovers can; and Adam’s current paramour is a Brazilian who’s almost too good-looking for Instagram.

And me? After I left Argentina, I moved to Chile and fell for a beautiful black British man who has proceeded to spend the next three years showing me the world. It's been crazy and hard and beautiful and I wouldn't trade it for anything. Oh, and my sex life? Definitely improved.